NOW MagazineCultureMusicalsDr. Silver: A Celebration Of Life could be more immersive

Dr. Silver: A Celebration Of Life could be more immersive

DR. SILVER: A CELEBRATION OF LIFE by Anika and Britta Johnson (Outside the March/Musical Stage Co). At Heliconian Hall (35. 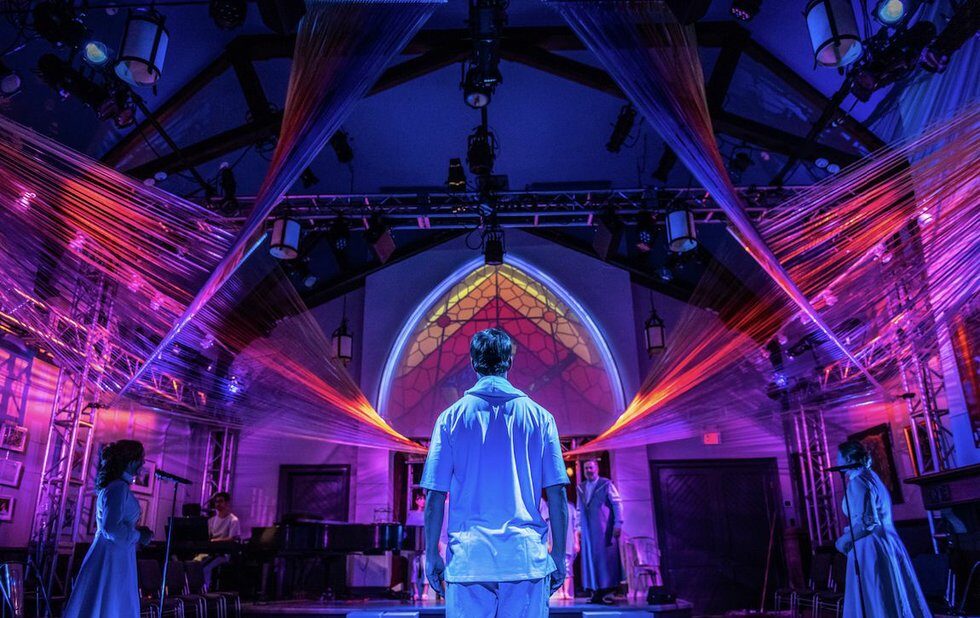 Its surprising that an immersive musical about a spiritual cult leader has never been staged here before. The potential for ironic sermonizing, behind-the-pulpit drama and should-we-or-shouldnt-we drink the Kool-Aid moments is rich.

Now two of the most creative indie companies in the city the site-specific-savvy Outside the March and the medium-sized musical veterans Musical Theatre Co. have collaborated on this show by brilliant siblings Anika and Britta Johnson (Brantford, Jacob Two-Two Meets The Hooded Fang).

In Dr. Silver: A Celebration Of Life, the eponymous, mysterious doctor has died, and in the intimate confines of the Heliconian Hall, we, along with the rest of the congregation (played by the talented Edge of the Sky Young Company from Wexford Collegiate), are there to help remember the man.

The doctor, whose image is projected onto a big screen (Nick Bottomley is video designer), has recorded a final message. And, in between group readings and chanting from his beautifully bound hymnal/philosophical treatise, as well as testimonies by his wife Caroline (Donna Garner), daughters Vera (Kira Guloien) and Harmony (Rielle Braid) and devoted assistant Timothy (Bruce Dow), we piece together what the man stood for, what he was afraid of, and, perhaps most importantly, whats going to happen to his legacy.

Director Mitchell Cushman makes fine use of the Yorkville space, plastic bands stretching overhead to seem simultaneously celebratory and web-like, and lighting and prop design evoking both the past and the future. (Nick Blais, Anahita Dehbonehie and Ken MacKenzie share production design credits.)

What Cushman hasnt done is make the audiences experience as complex or immersive as it could be. After having our hands stamped with a number 8 or is it the infinity sign? chanting a few things and drinking a blue liquid, the feeling of being part of a ceremony soon dissipates.

Perhaps thats because the Johnsons book is filled with flashbacks introduced with self-conscious irony by the chorus to provide information about the characters histories. If were at a service, theres no logical reason for us to see these flashbacks.

The songs and performances are impressive, however, especially in the choral numbers. The lead actors who also include Peter Deiwick in a role I wont spoil struggle with their underwritten roles, with only Dow engaging our sympathies as the conflicted Timothy.

So much effort has obviously gone into the shows design and concept the bound book alone is worth studying that its a shame not everything, as the doctor might say, converges into something more harmonious.