NOW MagazineCultureMusicalsHamilton is an entertaining, audacious and fiercely original musical

Hamilton is an entertaining, audacious and fiercely original musical

The power of Lin-Manuel Miranda's revolutionary show about the American founding father shines through, even in a flawed touring production 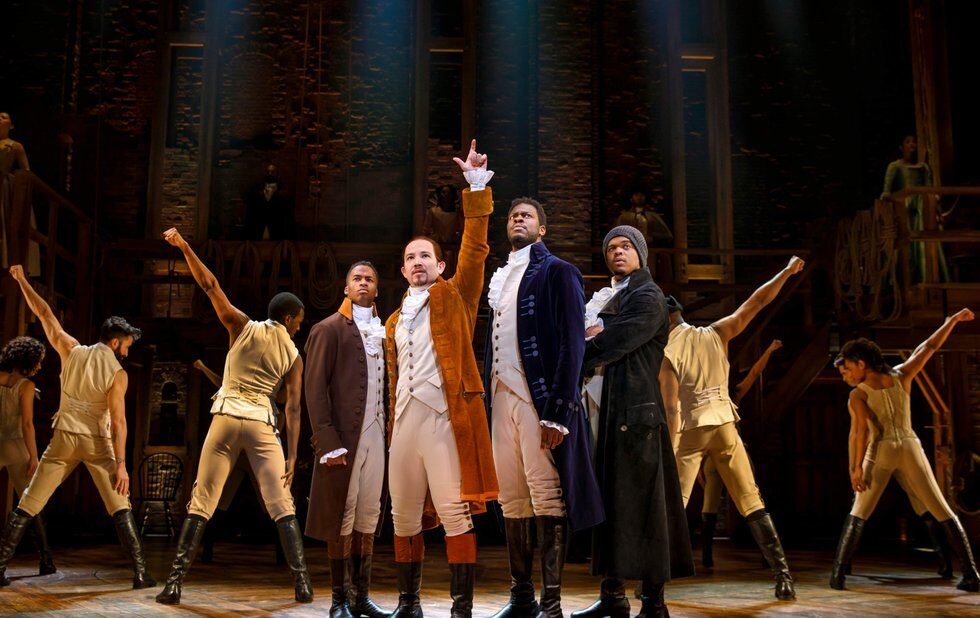 Don’t throw away your shot to see Hamilton, the revolutionary musical about a man who, until 2015, was one of the more undersung of America’s founding fathers.

It’s been five years since Lin-Manuel Miranda‘s game-changing show stormed Broadway and became an enormous crossover hit. But even in a touring production that has some flaws, it remains entertaining, audacious and fiercely original.

Miranda and director Thomas Kail take the story of the man on the U.S. $10 bill and tell it with bravado and lots of heart.

And at nearly three hours, there’s a lot of plot to pack in.

Alexander Hamilton (Joseph Morales), an orphaned bastard from the Caribbean, arrives in the U.S. and soon gets swept up in revolutionary fervour with his future nemesis, Aaron Burr (Jared Dixon), and a trio of charismatic bros: John Laurens (Elijah Malcomb), Hercules Mulligan (Desmond Sean Ellington), and the Marquis de Lafayette (Warren Egypt Franklin).

Ambitious and sharp, he eventually secures a position as George Washington’s (Marcus Choi) right-hand man and secretary of the treasury. Eventually he writes the Federalist Papers and establishes the young country’s new financial system, all while trying to navigate the changing political landscape.

This is more than a mere history lesson, however. Miranda’s themes are big and resonant: How do you carve out a life for yourself? What do you do after you’ve achieved freedom? What’s the legacy you want to leave behind?

The score brilliantly blends hip-hop, R&B and pop, and the fact that the cast calls for mostly Black, Latinx and other POC actors says a lot about what it means to be an American, and who gets to tell what stories – whether back in 1776 or now.

Under Kail’s superb direction, the show moves with the speed of a cannonball.

It helps that rap, with its built-in propulsion and clever rhymes, is a great medium for imparting information quickly. Miranda also layers motifs into his score so verbal and musical riffs on words like “shot,” “helpless” and “look around” take on different shadings in the context of the show.

There are allusions to other genres, too: not just hip-hop and R&B but operetta and traditional musicals (samples from The Pirates Of Penzance and South Pacific had me giggling in my seat). It’s no surprise that the show began life as something called The Hamilton Mixtape.

Andy Blankenbuehler‘s choreography is inventive, bringing to life everything from the writing and distribution of a political pamphlet to a metaphorical hurricane that descends on Hamilton in a climactic moment.

The touring cast is full of big talent. Dixon’s Burr is the strongest performer, appropriately slick and smooth-voiced in public, tender and philosophical in his musical soliloquies. Choi makes an authoritative, clear Washington and Neil Haskell steals each one of his three brief scenes as the cheerily petulant King George.

Morales’s Hamilton has lots of stamina, but his diction seems muffled at times. (The sound system should be clear, especially for the hip-hop numbers, and it’s lacking.)

Park’s Eliza is endearing but her voice is often shrill and occasionally off-key. Campbell’s Angelica is passionate yet doesn’t always connect with the audience.

Still, Hamilton is so sturdily, monumentally built that it can withstand less-than-first-rate interpretations by its actors.

Watching it during our political moment doesn’t feel as optimistic as it must have during the Obama years – especially the lines about the opportunities for immigrants.

But it’s still a masterpiece that will, like Hamilton’s legacy, endure.