NOW MagazineCultureMusicalsJukebox Hero The Musical will leave you hot blooded

Jukebox Hero The Musical will leave you hot blooded 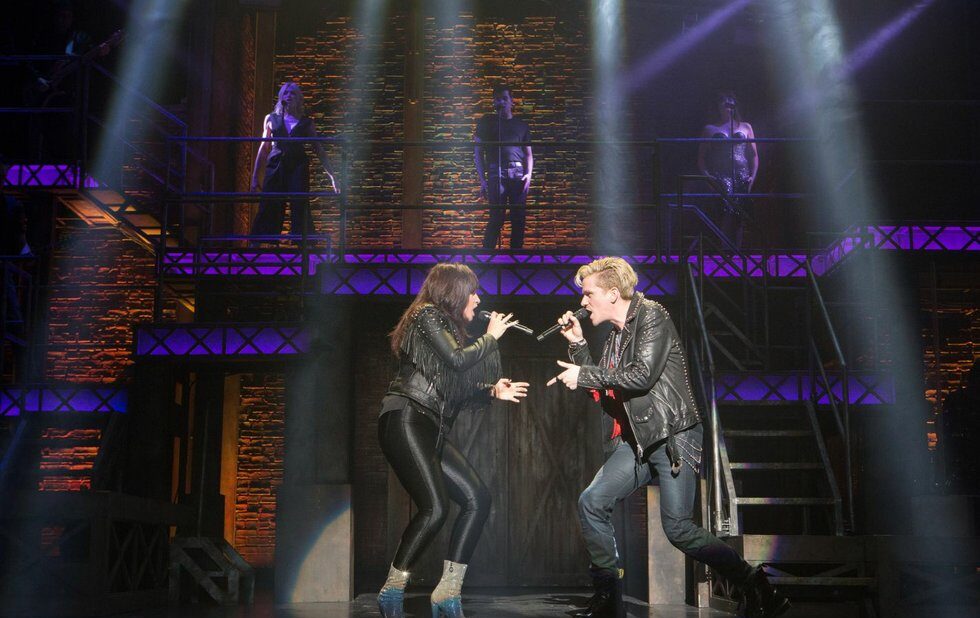 You’d have to be Cold As Ice not to respond to the familiar songs and genial spirit of Jukebox Hero The Musical, the latest show patched together from music by a well-known band, in this case Foreigner.

If nothing else, this show, which arrives in Toronto after workshops in Calgary and Edmonton, reminds us how much catchy music Foreigner pumped out in the late 1970s and 80s. From the eponymous rock anthem to soaring arena rock staples like Feels Like The First Time and Hot Blooded, to power ballads like I Want To Know What Love Is, the songs retain their clear, direct hooks.

So it’s a shame they’ve been assembled into such a derivative show.

Dick Clement and Ian La Frenais‘s story feels cobbled together from other, better sources. In an economically depressed rust belt town whose steel factory is on the verge of closing, brothers Ryan and Mace Perry (Geordie Brown and David Michael Moote) and Lori (Laura Tremblay), Mace’s girlfriend, are barroom musicians looking for their big break.

After Ryan and Lori get caught in a spontaneous kiss, the brothers break up, Mace heading to the army and Ryan off to sudden success as a solo rock act under the wing of record producer Harvey (an underused Sean Cullen). A few years later, however, an emergency calls Ryan back home.

The dialogue is stilted and full of exposition, especially from Ed (David Young), who acts as an all-knowing narrator before joining the action in a role that I won’t spoil. While there’s an amusing subplot involving the bar’s owner, Hal (Daniel Williston) and his girlfriend, Sharon (Cleopatra Williams), a couple of other characters could easily be cut with no loss to the show. One song about using social media, fussily choreographed by Parker Esse, feels especially expendable.

But unlike the recent Sting musical, at least Jukebox Hero isn’t pretentious. It isn’t trying to be anything other than a medley of hits strung together by a banal narrative. And the performers are uniformly fine. Brown and Moote have magnetic stage presence and gritty rocker voices, while Tremblay and Elena Juatco, as the brothers’ respective girlfriends, get their moments in the spotlight too. Williams nearly steals the show with an electric rendition of Dirty White Boy near the end. And guitarist Anesti Karantakis gets more solo stage time than many of the singers.

The show won’t win any awards, but then again, neither did Foreigner, and their music still endures.