Kiss Of The Spider Woman breaks out at the Don Jail

KISS OF THE SPIDER WOMAN by John Kander, Fred Ebb and Terrence McNally (Eclipse Theatre). At the Historic Don Jail. 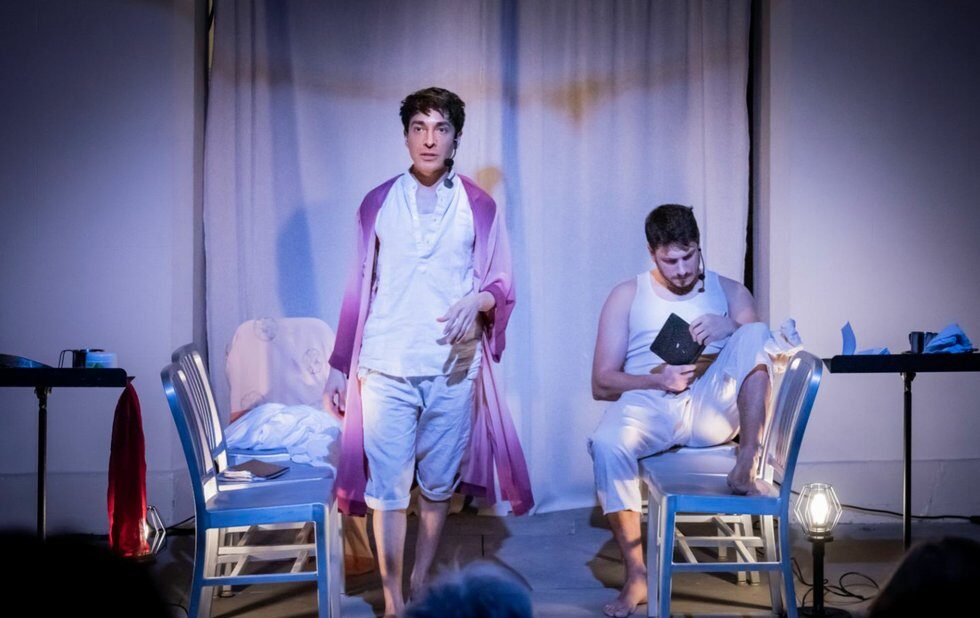 The company, founded by Evan Tsitsias, Chilina Kennedy and Sara-Jeanne Hosie to create “unique theatrical events, including non-traditional venues and site-specific productions,” has mounted the acclaimed Kander and Ebb musical Kiss Of The Spider Woman in the old Don Jail, and it’s a perfect marriage of venue and subject matter.

The musical, based on Manuel Puig‘s novel (which was also made into a well-known film), is about two contrasting cellmates in an Argentine prison during that country’s Dirty War. Gay window dresser Molina (Kawa Ada) has been arrested for a sexual offence involving a minor, while Valentin (Jonathan Winsby) is a political prisoner.

The two initially despise each other Molina’s campiness jars with Valentin’s gruff machismo but gradually they form a friendship. The prison’s sadistic warden (Alejandro Ampudia), meanwhile, is trying use Molina to get info out of Valentin, but Molina is less interested in his country’s politics than in remembering movies featuring his favourite screen siren, the femme fatale Aurora (Tracy Michailidis).

Director Tsitsias and production designer Nick Blais make effective use of the playing area, a half-moon-shaped atrium that has a Spanish colonial feel except for the iron bars on either side and the fact that the floors above are frequented by guards and prisoners who alternately lounge, eavesdrop and hiss or bark out words to those below. Occasionally, a prisoner will be whisked away and tortured. Sounds of screaming come from places we can’t see.

What works more effectively here than in any other production I’ve seen and remember, the musical began life in Toronto is the idea of the transcendent power of the imagination.

Molina uses movies to escape his dreary life, and the way the fantasy movie musical sequences involving Aurora are staged with Michailidis slinking in and out of the action is seductive and mesmerizing. Because we’re sitting in the prison ourselves, we can see the stark contrast between these sequences and Molina’s grim reality. Even the fact that the show is semi-staged works in its favour.

The leads are superb. Winsby has a rich, firm voice and a solid presence that’s perfectly suited to Valentin, especially when he’s recounting his political awakening in the rousing The Day After That, which makes excellent use of the male chorus Michailidis delivers her numbers with glamour, mystique and confidence, although her lower register needs work and Ada’s Molina rises above his character’s queer cliche trappings to become a figure of dignity, grace and strength. Only in an intimate production like this can you see Molina’s eyes light up following angel of death Aurora’s every move.

Kander and Ebb’s songs are tuneful and catchy, many of them featuring the dangerously attractive pull of Argentine tangos. Sara-Jeanne Hosie’s choreography is spare but effective. And the way musical director Chris Barillaro has positioned the members of the band adds to the production’s experience.

The hard-working ensemble seems a little young and fresh to be prison inmates, but that can be explained by the fact that many hail from Sheridan College’s musical theatre program.

The brief run of the show is already sold out, but it’s worth checking in to see if there are any rush tickets. And look for Eclipse’s next production.