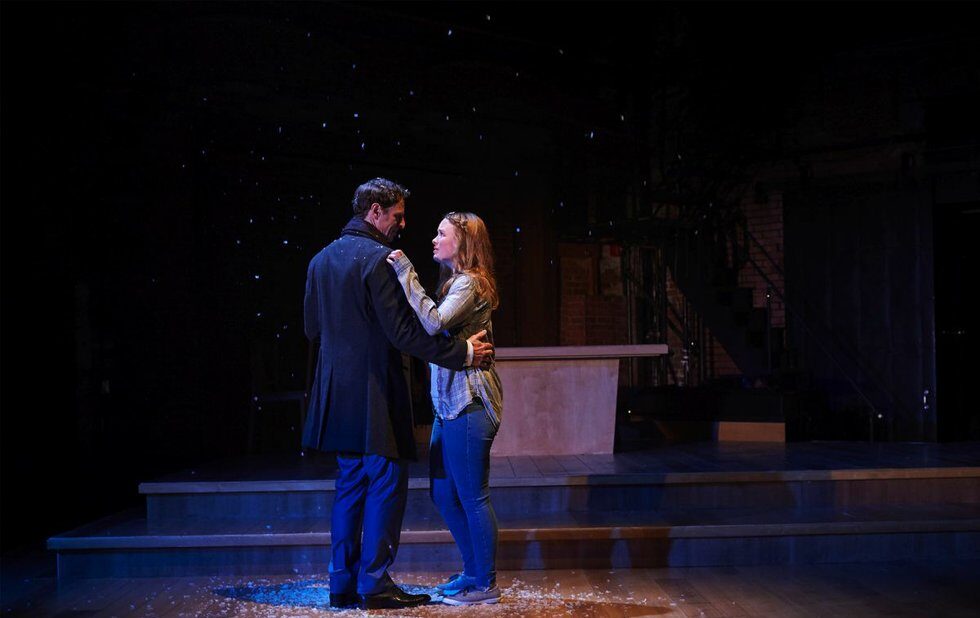 After the tragic death of her father in a car accident, 16-year-old Alice (Ellen Denny), plagued with guilt about their heated final conversation, sifts through her memories and seeks answers about her mysterious dads life.

This would be suitable material for a straight drama, but Britta Johnson, one of the countrys most talented emerging composers and lyricists, has set it to music in the Canadian Stage/Musical Stage Company season opener. The result is a complex, moving look at grief, guilt and forgiveness.

Expanded from its successful Fringe 2016 production, the show features several new songs, an expanded chorus and added layers of narrative. At times especially at the beginning the interweaving of shimmering, busy melodic motifs and snatches of story is overwhelming. (Even I, who knew where the plot was heading, found it difficult to understand what was going on at first.)

Johnson, director Robert McQueen and musical director Reza Jacobs seem to be trying to evoke the swirl of emotions going through Alices mind as she deals with everything, including a series of posthumous tributes to her self-help guru father, Frank (Dan Chameroy), which are the least effective parts of the show.

And Alices mom, Beth (Tracy Michailidis) and supportive teacher, Ms. Hopkins (Trish Lindstrom), an admirer of Franks books, are mourning in their own way. One scene, in which Alice and her mother paint their house, an activity that takes on symbolic weight, is moving because its done so simply and quietly.

McQueen makes good use of Brandon Kleimans set, dominated by a series of wooden platforms, although theres almost too much use of the Berkeley Street ladders and aisles.