NOW MagazineCultureMusicalsMary Poppins is an exuberant, warm-hearted show for kids and adults alike

Mary Poppins is an exuberant, warm-hearted show for kids and adults alike 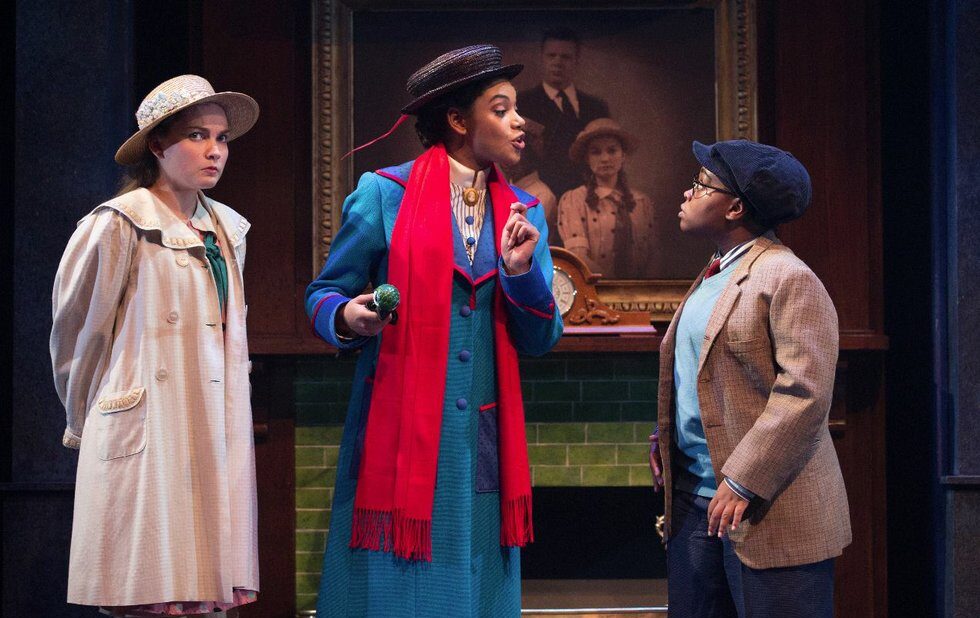 With its production of Mary Poppins, Young Peoples Theatre is first out of the gate with a holiday show and it already looks like a winner.

Its top-notch cast, Thom Allisons imaginative direction, its abundance of memorable songs and kid-friendly running time of only 90 minutes are already enough to recommend it. Besides that, the 14-member cast sports over 90 extraordinarily varied costumes by William Layton, the most ever lavished on a YPT production.

Sears is thoroughly delightful as Mary. She adds a twinkle to the eye and a warmth to the voice of the magical nanny that make us completely understand why everyone falls under her sway, despite her severely proper outward demeanour. Sears has sung in many styles before, but as Mary she shows off a lovely, classically trained soprano voice ideal for Marys many well-known songs.

Blair makes Bert a more meditative, well-rounded character than others Ive seen, graceful in movement and able to tap dance a storm. Shane Carty amuses as the emotionally undemonstrative Mr. Banks, who comes to learn the value of family and doing good in the course of the action. Much of Mrs. Bankss part has been cut, but Jewelle Blackman still conveys how the proud woman chafes under the restrictions of being a proper Edwardian wife. As the Bankss children Jane and Michael, two young women, Jessie Cox and Hailey Lewis, prove themselves excellent singers and actors. Jak Barradell deserves special mention for making the statue Neleus come to life and repetrify truly magical and for stunning us with his acrobatic prowess.

Supercalifragilisticexpialidocious, as you might hope, is the biggest, brightest most inventive number of the evening. The show wins as a first-time theatre-going experience since Allison relies on the old-fashioned resources of the theatre rather than on projections or electronic effects to bring the magic of the show to life.

All of this makes for an exuberant, warm-hearted production sure to cheer adults as much as children.