NOW MagazineCultureMusicalsCharlie And The Chocolate Factory is disturbing and cloying

Charlie And The Chocolate Factory is disturbing and cloying

CHARLIE AND THE CHOCOLATE FACTORY by David Greig, Marc Shaiman and Scott Wittman (Mirvish). At Princess of Wales Theatre (300. 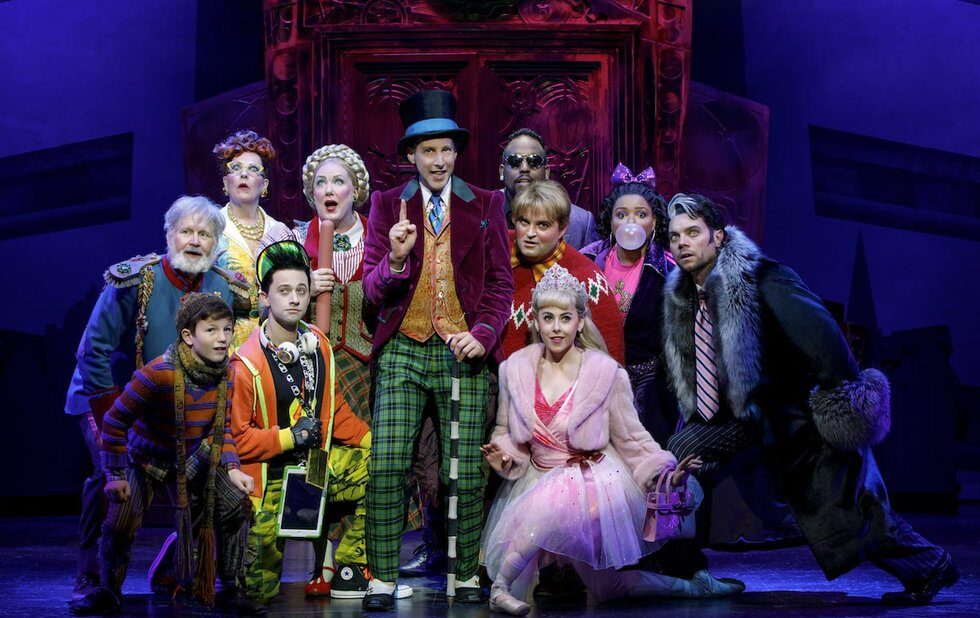 Charlie And The Chocolate Factory has opened just in time for the holidays, which makes sense since Roald Dahl wrote the childrens book over 50 years ago to teach readers not to be greedy.

Eleven-year-old Charlie Bucket (on this night played by Rueby Wood) lives in poverty with his mother and four grandparents. The kid is obsessed often, annoyingly so with Willy Wonka (Noah Weisberg) chocolate bars, so lucky for him, he finds a golden ticket in a candy wrapper one day. The show takes a while to get going, with a lot of time spent in act one on just how poor the Buckets are. (One day, they scrounge together enough coins to buy a mouldy head of cabbage for dinner.)

The oompah More Of Him To Love sung by Augustus and his mother (Kathy Fitzgerald) is one of the shows more memorable numbers, complete with lederhosen-clad dancers and Joshua Bergasses lively choreography.

But for some unnecessary reason, Veruca Salt and her father are made to be heavily accented Russian villains, while Violet is a bubble-gum-snapping Black diva from California. If this is director Jack OBriens attempt to diversify the stage, it feels forced and ultimately makes you wonder why neither the Buckets nor Wonka are given culturally stereotyping roles.

The parts of the musical you may have guessed would be disturbing arent what you think: the Oompa Loompa are adorable and done cleverly without the use of children or vertically challenged adults to achieve a fun optical trick.

No, distress comes in the form of Violet and Verucas deaths, who are blown up and dismembered, respectively. I cant think of many musicals, especially ones intended for families, that show this sort of thing so graphically. At the performance I attended, children in the audience screamed and there were audible gasps from adults.

This production was created in the UK in 2013, so perhaps the Brits enjoy subjecting their kids to ultra-violence onstage. But when combined with the candy-coloured strobe lights used during the show and the saccharine songs with lyrics so earnest youre guaranteed a toothache, it might just be too much.