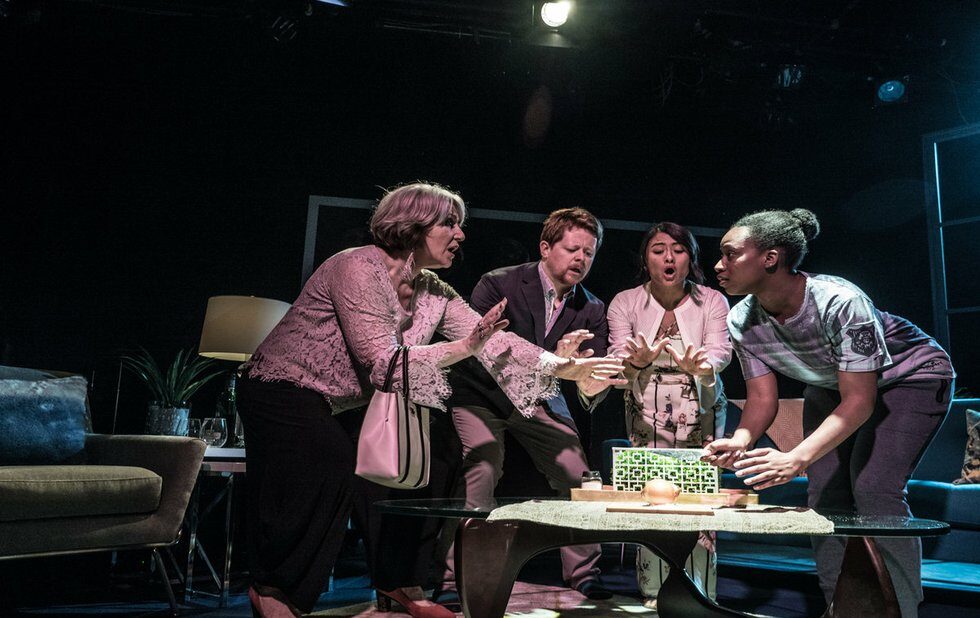 Family life can be absurd. That seems to be the unsurprising takeaway from Adam Seelig’s uneven and unfocused new musical.

Young couple JJ (Richard Harte) and DD (Jennifer Villaverde) are ready for some hot lovin’ when DD’s mother, B (Theresa Tova), comes a-knocking at their door after midnight.

B’s appearance wakes up the couple’s depressed young son, PP (Sierra Holder). And soon bits of the family’s history – including B’s father’s survival of an unnamed war by eating onions – emerge to shed light on their current situation.

Besides writing, composing and playing piano for the show with a strong, if overly amplified four-person band, Seelig also directs. That’s a misstep. An outside director could have helped shape and clarify the script into something with an emotional, if not a literal, logic.

The songs have a lilting, hypnotic feel, but the lyrics often feel obvious. And the moments when the characters whip out microphones for a meta-theatrical touch, while amusing at first, soon become monotonous on Jackie Chau’s realistic domestic set.

The actors are up for this heightened style of performance. But of the ensemble only Tova, her multi-octave speaking and singing voice capable of scaling to huge heights and plummeting to despair, stands out, especially in a scene about a mysterious chest of drawers that would make a great short play on its own.