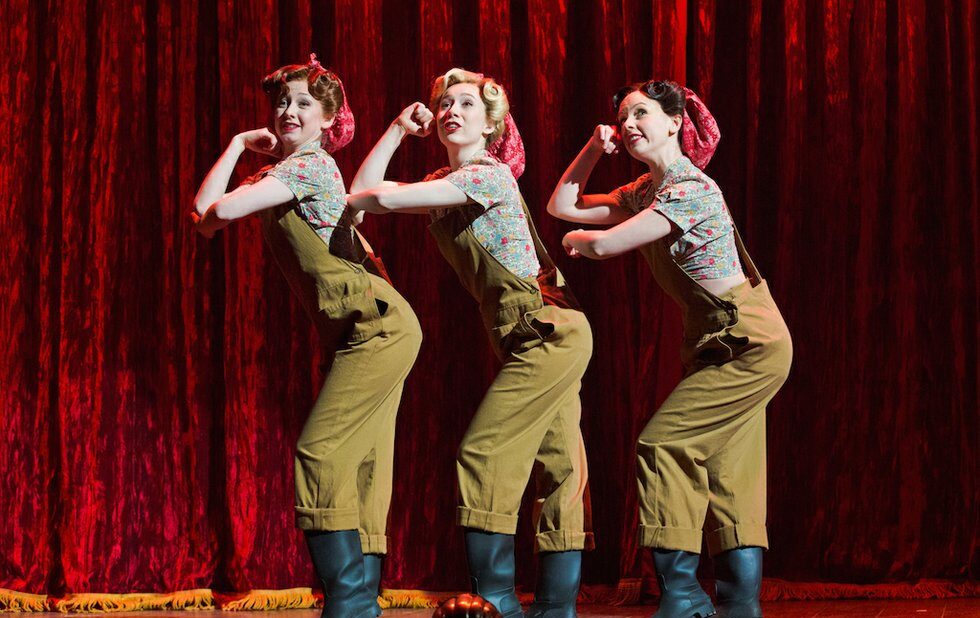 In the 1930s, with the Second World War hovering on Englands radar, the Windmill Theatre in London began waging a battle of its own against censorship. Based on a true story and adapted from the 2005 film, Mrs. Henderson Presents pays homage to classic musicals and the revues of the era.

At the plays centre is Mrs. Laura Henderson (Tracie Bennett), an eccentric wealthy widow who purchases a floundering theatre even though she knows nothing about running one. She hires impresario Vivian Van Damm (Peter Polycarpou), and together they guide the theatre to profit and renown by mounting a variety show called Revuedeville. Things really take off when they begin featuring glamorous showgirls in the nude. They stage everything in tableau, convincing the censors that if the dancers never move, then the revue is more like a master painting than raunchy entertainment.

Like all old-fashioned musicals, the play also includes a romantic subplot, this one between ingenue Maureen (Evelyn Hoskins) and stagehand Eddie (Matthew Malthouse). However, it doesnt entirely follow the usual boy-meets-girl format.

A comedian named Arthur (Matt Slack) guides the narrative, stepping out from behind the curtain to offer context along with wisecracks. This is a helpful device to quickly fill in details when the story gets thin or skips forward.

The musical is written and directed by Terry Johnson, with lyrics by Don Black, and although the score suffers from sameness, the songs capture the feeling of the era. Standouts include the romantic What A Waste Of A Moon and the duet Anything But Young. Innocent Soldier, a paean to lost servicemen, contains moving a cappella harmonies.

Despite a predictable storyline and cliche ending, the talented leads bring a lot to their roles. Bennetts voice captures Mrs. Hendersons weariness and pluck. Polycarpou is a wonderful straight man to Bennett and adds poignancy as Van Damm, a Dutch Jew. And Hoskins fully expresses the crumbling innocence of youth in war-torn Europe.

But the most memorable parts of Mrs. Henderson Presents are the body parts. An advisory on the Mirvish website calls it elegant nudity Id call the feathers, clamshells and poses an inspired reminder of bygone days.