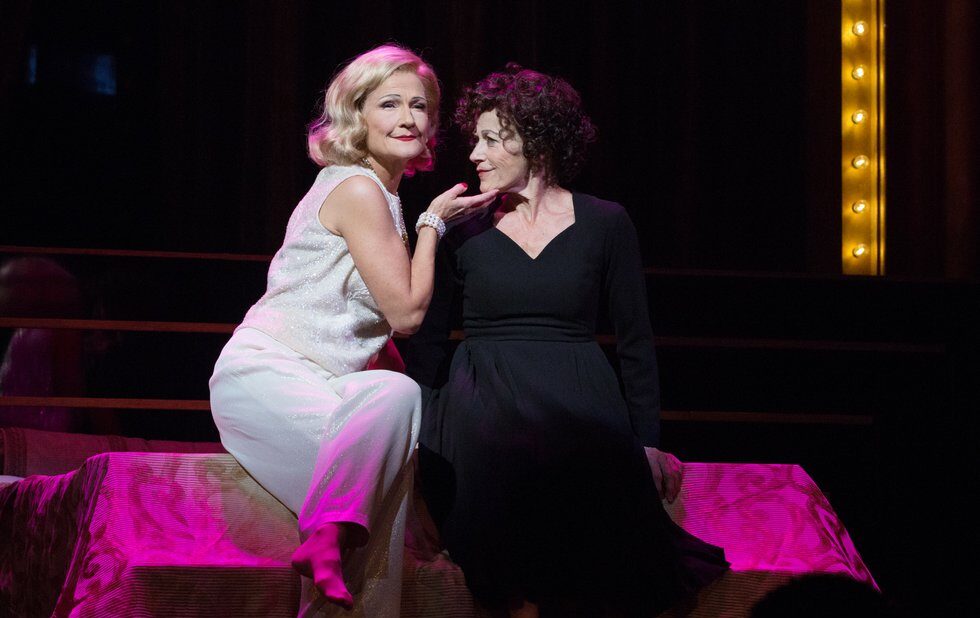 The main reason to see the musical Piaf/Dietrich is that it is a spectacular showcase for the talents of two of Canada’s best-known stars of music theatre: Louise Pitre and Jayne Lewis.

The 2014 Viennese musical, which had its English-language premiere in Erin Shields’s adaptation in Montreal earlier this year, brings to light the little-known lifelong friendship that existed between Édith Piaf (1915-63) and Marlene Dietrich (1901-92).

The musical begins in 1960, when both singers are making comeback appearances and for unknown reasons loath each other. Dietrich’s first concert in Germany after 30 years in the U.S. is heckled because she became a staunch supporter of the Allies against Nazi Germany. Piaf’s comeback concert after many years of physical decline due to alcohol and drugs ends in her collapse onstage.

The action then flashes back to a fictional view of the beginning of the singers’ relationship. The creators portray Dietrich first meeting Piaf in the U.S. and actively helping her win over American audiences. They depict Dietrich, a known bisexual, in a relationship with Piaf while also suggesting that Piaf is a daughter-substitute for Dietrich.

Pitre’s performance as Piaf is tremendous. Just as Piaf was renowned for putting her whole heart into her songs, so Pitre delivers Piaf’s songs with immeasurable emotion. From La Vie En Rose to Non, Je Ne Regrette Rien, Pitre brings out the poignancy of each song as a triumph over Piaf’s increasing physical and mental suffering.

The character of Dietrich does not travel as great an emotional arc. Dietrich’s aloof but taunting style, as the musical points out, is the polar opposite of Piaf’s emotionalism. Yet Lewis, with her seductive low voice, carries off this style with panache in such hits as Lili Marlene and Falling In Love Again. It’s a pity the creators cut off Dietrich’s song Just A Gigolo just when the singer has donned her iconic gender-smashing persona wearing top hat and tails. It’s also a pity that the show strangely forgets about the feud between the two stars with which it began.

Designer Michael Gianfrancesco has transformed the entire auditorium of the CAA Theatre into an elegant, chandelier-lit nightclub, while director Gordon Greenberg has scenes played everywhere including amidst the cabaret seating that makes up the first two rows.

Filled as it is with the glorious singing of Pitre and Lewis, this is a vivid world you’ll certainly wish to return to.