A mash-up of two song cycles, one romantic and one contemporary, reveals a relationship that’s falling apart 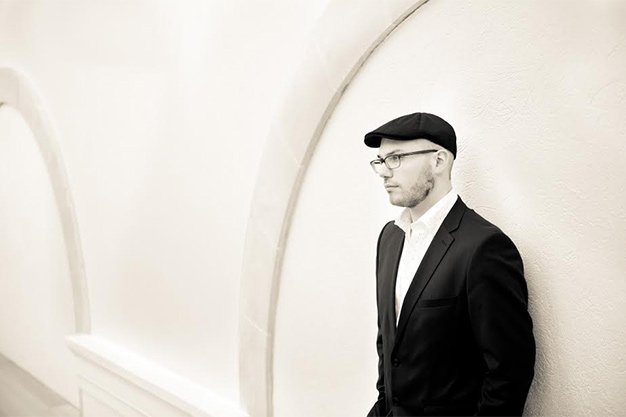 Against the Grain Theatre doesn’t go for the stuffy or traditional.

Its opera productions have included a contemporary version of Don Giovanni that relied on cell phones and texting and a Marriage Of Figaro that turned the audience into wedding guests.

Chamber-style performances have been equally exciting: a blend of dance, song and theatre in The Seven Deadly Sins (And Holier Fare) and the pairing of two little-known 20th century song cycles, helmed by artistic director Joel Ivany.

The former has a narrative: the male speaker falls in love with a miller’s daughter when she gives her affections to another, he drowns in a brook.

Messiaen’s work, for which he wrote text and music, is subtitled “a song of love and death.” Written for piano and female voice and filled with symbolism and spiritual imagery, it’s at times more dependent on the sound of the words than their literal meaning.

“It’s the broader aspects of the two composers’ music that compelled me to think of them as a pairing,” says Mokrzewski, a first-rate pianist who’s also resident conductor at the Calgary Opera and accompanist for Death & Desire. “I’m a big fan of Messiaen and recently played his Turangalîla-Symphonie – which at some level is a really hard piano concerto – with the Calgary Philharmonic.”

Rather than perform the two song cycles one after the other, Ivany and Mokrzewski have done a mash-up, creating a dramatic structure in which the two singer/characters interact with each other.

“On the surface, the Schubert is straightforward, simple and pure. Underneath, though, there’s an undercurrent of angst. The central character is a bit bumptious at the start, a headstrong but naive young chap who’s led by a brook to find a woman who maybe pays some attention to him. How much of this does he imagine?

“We’ve latched onto the darker quality of his personality and, through foreshadowing, see him moving toward a bad place by the end of the tale.”

The woman in the Messiaen is woven into this man’s story, sections of the later cycle appearing between the Schubert songs.

“Joel has given a meta-concept to the show,” says Mokrzewski, “one that sees the two characters in a relationship that echoes Messiaen’s life. He wrote Harawi, which like Die Schöne Müllerin is filled with echoes of the natural world, at a difficult time. His first wife, Claire, developed mental problems and had to be institutionalized he fell in love with a student who eventually became his second wife. But since Messiaen was Catholic, he was always conflicted.

“The Messiaen cycle echoes the Tristan and Isolde story, where the supreme aspect of love can only be found in death.”

The result of this mashing? Death & Desire becomes a story about a relationship that’s not working. The characters can’t communicate with each other – in a literal sense, one speaks German and the other speaks French – despite their affection for each other.

It’s a challenge for Mokrzewski to alternate between two musical styles, keeping them distinct but suggesting a link between them.

“One key thing for me is not having the Messiaen bleed into the Schubert,” smiles the pianist. “I want to have the romantic music clean, not a rendition of Schubert that’s been influenced by later composers.”