CANNIBAL! THE MUSICAL by Trey Parker, with additional material by Christopher Bond, Aaron Eyre and Trevor Martin (Starvox Entertainment). At. 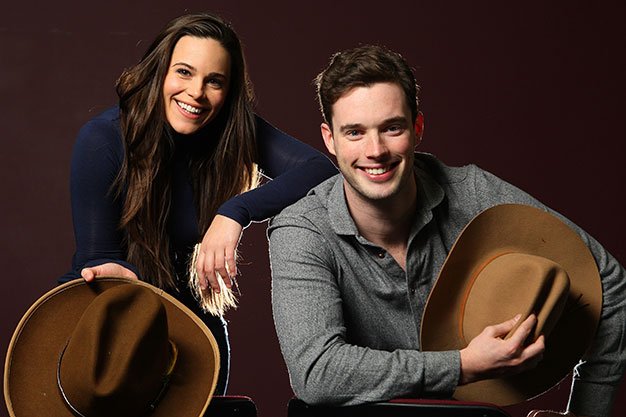 Remember those goofy musicals you put on in high school and university? They were lots of fun at the time. But mount them on a professional stage today and theyd seem pretty dumb.

Thats the feeling you get while watching Cannibal! The Musical, and its not a surprise. After all, its based on a 1993 film written and directed by Trey Parker while he was still in college. Fellow student Matt Stone produced it.

Those two would later collaborate on South Park, Team America: World Police and a tiny musical called The Book Of Mormon… perhaps youve heard of them? But clearly they hadnt honed and sharpened their irreverent style yet. Not even additional material by Christopher Bond, Aaron Eyre and Trevor Martin many of them involved in bringing another cult film, Evil Dead, to the stage can give it much theatrical bite.

The story is loosely inspired by the tale of Alferd Packer (Liam Tobin), a Utah miner who, in 1873, got lost with a prospecting team searching for gold in Colorado. When the corpses of his crew were later found, partially eaten, he was charged and convicted of cannibalism.

Not the worst material for a show, even a sophomoric show. But the hackneyed structure Packers in jail awaiting his hanging and tells his story to a reporter (Elicia MacKenzie), prompting many flashbacks and limp jokes make the journey so repetitive and predictable youll be tempted to chew off your neighbours arm to exit the theatre.

Were talking puerile references to feces, farts and bestiality. Theres a song called When I Was On Top Of You sung by Packer to his horse, and when one of the generic prospectors brings out a bit of fudge, you know its leading to a sodomy joke. Fudge-Packer, get it?

A few amusingly surreal scenes almost make the show watchable. One involves a run-in with a Native American chief (Mark Andrada) and his daughter (Lana Carillo), both of whom speak with Japanese accents, and a bit of Bollywood choreography (by Stacey Maroske) involving these same characters pushes the politically incorrect button with total absurdity. And damn it if the musicals ridiculous theme song, the much-reprised Shpadoinkle, isnt catchy.

But this talented cast is mostly wasted in a series of mock power ballads that are meant to send up musical cliches. The actors seem game for anything, but theyre not given much to do, especially MacKenzie and Carillo. The exception is Andrada, who gets some of the funniest sequences and is present for the most surprising gross-out gag in the show, a sort of buffet of bad taste.

A couple more squeamishly silly and inventive scenes like this and Cannibal! would have become a solid cult show, and not just a show trying to capitalize on its creators names.