NOW MagazineCultureMusicals>>> Review: A Gentleman’s Guide To Love & Murder will slay you with laughter

>>> Review: A Gentleman’s Guide To Love & Murder will slay you with laughter 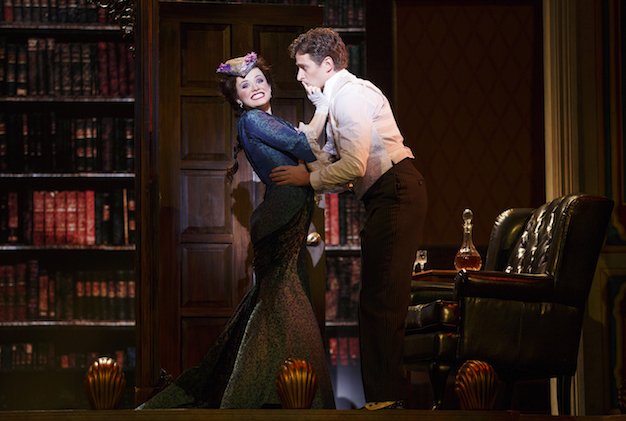 In 1907 England, when the poor but honourable Monty Navarro (Kevin Massey) buries his mother, he discovers that she had been disowned years earlier by the aristocratic D’Ysquith family, and that in fact he’s ninth in line to inherit the earldom.

When his attempts to reach out to his well-connected relatives for employment fail, and prodded by his social-climbing girlfriend, Sibella (Kristen Beth Williams), Monty embarks on a plan to kill the various D’Ysquiths (all played by John Rapson) in increasingly inventive ways: everything from ice skating accidents to death by a swarm of bees.

Darko Tresnjak’s direction is superb, especially in the inventive death sequences performed on Alexander Dodge’s whimsical, music-hall-style sets, and in the act two show-stopper, an impeccably timed door-slamming farce in which Monty is entertaining both girlfriends in separate rooms.

Steven Lutvak’s music and lyrics are a delight, the former a pastiche of various period styles, the latter witty and charming – when they’re heard. (The balance between orchestra and singers was off during the performance I saw.)

The fine-boned, sweet-voiced Massey manages to be dashing and likeable even as a killer, while Williams and Eller provide terrific contrasting turns as his girlfriends. The ensemble does lots of heavy lifting in a variety of scenarios.

But it’s Rapson’s gallery of twits, snobs and, in one scenery-chewing set piece, a politically incorrect female philanthropist that gets the biggest ovation, especially since the actor must often change costume and character in seconds.

This is the funniest musical to play the Princess of Wales since The Book Of Mormon.