Jukebox musical about the influential pop artist leans hard into camp, but fails to find a compelling emotional throughline 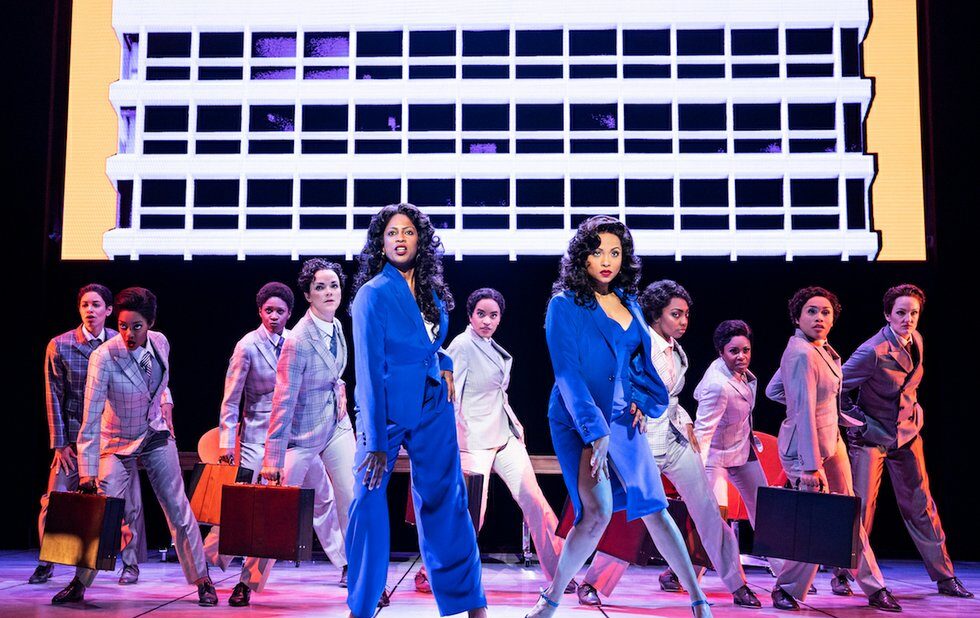 Shortly before her death from lung cancer in 2012, the media narrative around Donna Summer was about the disgraceful snub by the Rock and Roll Hall of Fame. The music legend, whose hits fuelled the disco era, indelibly influenced electronic and dance music culture and fused American and European pop sensibilities in ways that still define contemporary pop music, wasn’t getting her due.

Summer is a testament to her music’s endurance. But this superficial jukebox musical is the opposite of epic hits like Last Dance and MacArthur Park: it starts of energetic and slows to crawl, shortchanging her pioneering music and cultural impact in the process.

There are many problems with this touring show, which is directed by Toronto-raised Des McAnuff (Jersey Boys), but the most glaring is the lack of a solid throughline. The book, co-written by McAnuff, Colman Domingo and Robert Cary, skips through Summer’s life – a Boston choirgirl dreams big, moves to Europe to star in Hair!, records ground-breaking hits and becomes a chart success in America – to hammer a feminist empowerment message with blunt force.

Weirdly, the show opens with the forgettable The Queen Is Back, off Summer’s 2008 album Crayons, before launching into pivotal 70s hits I Feel Love and Love To Love You Baby.

Diva Donna (Dan’Yelle Williamson), the first of the show’s three Donnas, kicks things off by promising us “the concert of a lifetime.” Then Disco Donna (Alex Hairston) arrives to reenact Summer recording her American breakthrough hit Love To Love You Baby with producers Giorgio Moroder (Kyli Rae) and Pete Bellotte (Jennifer Byrne), whose musical collaborations with Summer are flattened into quippy, Euro-cheese caricatures. The show locks into a narrative when Duckling Donna (Olivia Elease Hardy) turns up to guide us through Summer’s upbringing in Boston.

The triple-lead conceit brings about several Donna-on-Donna duets and overlapping time-frames. But key songs interrupted by monologues sap the music of emotional power and crowd out the leads’ vocal acumen, as does a chorus line of line dancers executing Sergio Trujillo’s perfunctory choreography.

The best moments in the show are the most over-the-top, like a borderline-tableau domestic violence fight to No More Tears (Enough Is Enough) that memorably sees a Barbra Streisand coffee-table book wielded as a weapon, and a rendition of White Boys from Hair! to represent Diva Donna’s sexual awakening in Germany.

The real Summer’s muscular disco arrangements are frequently thinned out, while the best vocal moments rarely occur in her best-known songs. Hardy delivers a solid rendition of Bad Girls album ballad On My Honor, while Williamson locks into beautiful gospel harmonies with three other singers on early 80s deep cut I Believe In Jesus. Hairston gives the most athletic performance but doesn’t get a chance to stun vocally until halfway through the show with a straightforward take on hit single MacArthur Park.

Like Donna Summer, Hairston finds the emotion in Jimmy Webb and Richard Harris’s campy novelty song – too bad the show around her is unable to pull off a similar feat.

Lines like “When you pick up those fragments, you realize they’re more like shards” and “Don’t eat the sausage. It’s the wurst” are as deep and clever as the dialogue gets. The minimal set design also feels like a missed opportunity. Rather than find imaginative ways to convey the ambience of the disco era, scrolling text and video screens didactically contextualize the action.

Summer really isn’t interested in what the disco era was like or meant – it has an insular focus, hurtling through its star’s career milestones as if ticking boxes. Domestic violence. Check. Discrimination. Check. Pay disparity. Check. Religious guilt. Check. Yet the script and three performances make Summer seem almost like a spectator in her own life, and all three leads are unable to shift the perspective.

Once the story hits the early 80s, it’s clear this 100-minute show has no overarching point. An artist’s post-fame peak could be fertile dramatic subject matter, but the story flits between disconnected vignettes as post-disco Summer focuses on family, becomes born again and grows alienated from her gay fandom – a topic addressed in jaw-droppingly throwaway fashion very belatedly during a climactic performance of the ballad Friends Unknown.

Summer’s LGBTQ appeal is primarily conveyed through the gender-ambiguous casting and wardrobe. This show can barely say the word “gay” out loud, much less pointedly explain that I Feel Love was – and still is – a gay club anthem.

The Rock and Roll Hall of Fame finally got it right by posthumously inducting Summer in 2013. But this show doesn’t give Donna Summer her due – let’s hope this is not her last dance on the theatre stage.