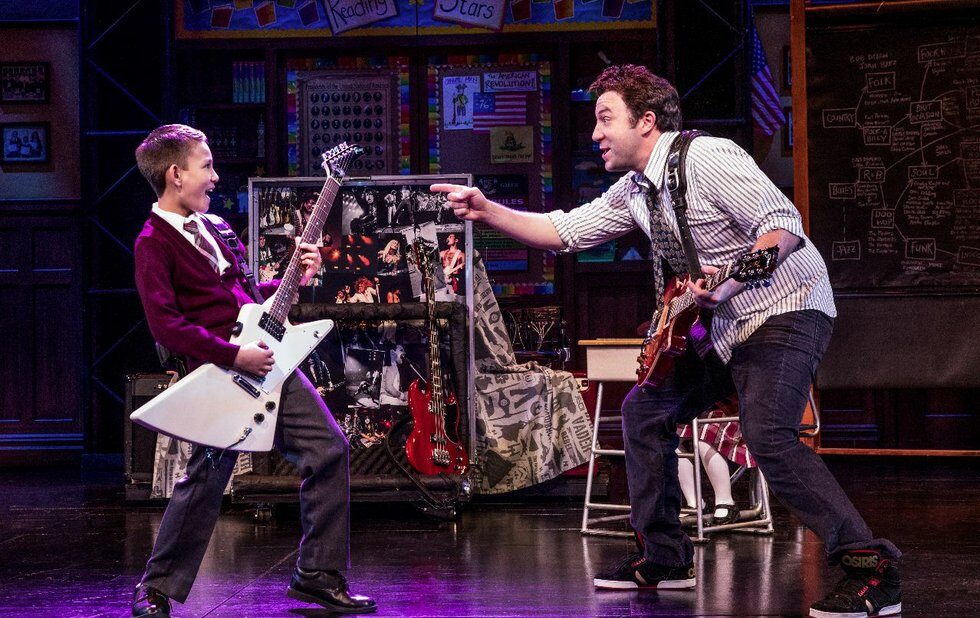 School Of Rock features the adorable sight of kids in school uniforms rocking out and playing real instruments, but thats not enough to get a passing grade.

Based on the popular 2003 Jack Black movie, its about a schlubby rock wannabe named Dewey (Merritt David Janes) who, kicked out of his band and in need of some quick cash, poses as a teacher at a prestigious prep school.

After discovering that his young charges are all misunderstood, he gets them to channel their pre-adolescent angst through the power of rock. And soon theyre good enough to compete in an upcoming battle of the bands, if only Dewey can get the kids to the competition without getting fired.

The films Black is a unique actor who can be obnoxious yet lovable. Janes, although he mimics Blacks vocal rhythms and has gritty, powerful pipes that can screech through his numbers with authenticity, has a harder time gaining our sympathy.

Worse, he and the other actors are given little to do thats not eye-rollingly obvious in a book by Downton Abbeys Julian Fellowes.

The female characters come off the worst, especially Patty (Madison Micucci), the nagging girlfriend of Deweys spineless pal Ned (Layne Roate) and the schools principal, Rosalie (Lexie Dorsett Sharp), suffers through the indignity of being a prim and proper woman whos left her rocker self behind.

But even though the child characters are cliches the shy kid, the queer kid, the bossy kid, the nerdy kid, etc. the talented young actors playing them will make you smile.

And thats better than the yawning youll be doing between their scenes.