ROSE by Mike Ross and Sarah Wilson (Soulpepper). At the Young Centre for the Performing Arts (50 Tank House). Runs. 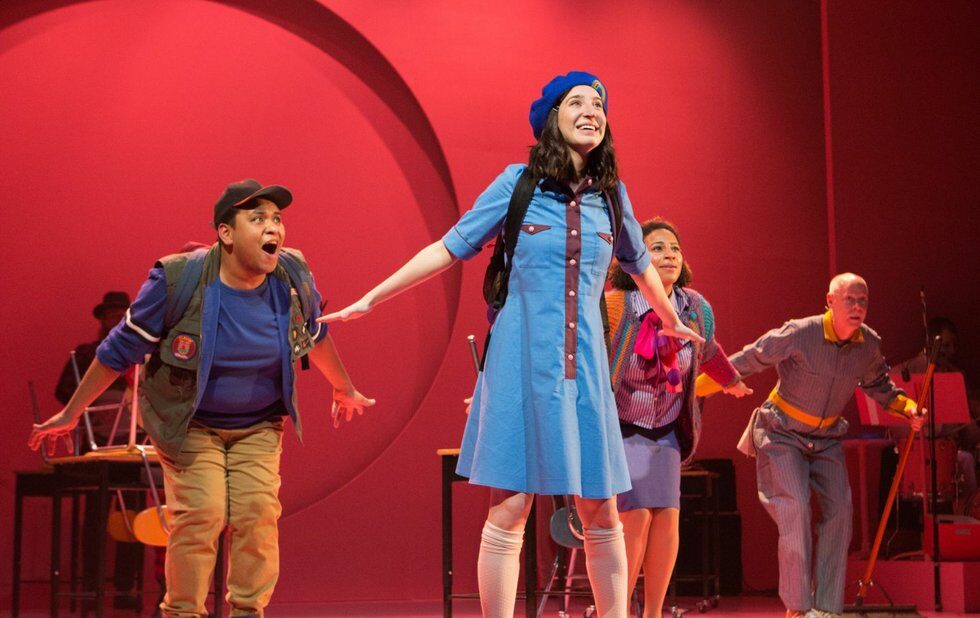 Theres lots of potential in Mike Ross and Sarah Wilsons Rose, an occasionally inspiring look at a nine-year-old girls coming of age in a confusing universe. But at two-and-a-half hours of over-produced and baggy material, this show three years in the making and the first original musical mounted by Soulpepper could be a lot sharper and more succinct.

Based on a childrens book by avant-garde icon Gertrude Stein, the show doesnt know whether its for kids or adults. And while certain design choices a pink and blue palette in Lorenzo Savoinis set design, for instance are nods to Steins original book, they clash with other choices, such as having a group of bearded lumberjacks, headed by Frank Cox OConnell, narrate the tale.

The tale itself concerns the eponymous heros (Hailey Gillis) journey to find out who, what, why, where and when she is. Rose is so overwhelmed by these big philosophical questions that she cant even speak her name.

Shes got a best friend, Willie (Peter Fernandes), a loyal dog named Love (Jonathan Ellul) and a sympathetic teacher (Sabryn Rock), but somethings missing. And so, like Dorothy and Emily before her (both Oz and Our Town are obvious touchstones here), she sets out to find some answers.

What she ends up discovering are the predictable lessons about locating her inner fierceness and not following the well-worn path.

All of this would be eye-rollingly tedious were it not for the big-hearted performances and the occasional enchanting melody.

Gillis is grounded and emotionally focused throughout, even while navigating the at-times clunky staging, while Fernandes, in his most winning performance to date, is believably childlike and full of nervous energy, particularly in Willies show-stopping patter number. Rosss songs draw from everything from bluegrass to soul, but the most effective is one that captures the directness of Steins writing and concerns the roundness of the world. Its a stunner.

Director Gregory Prest seems overwhelmed by so scattered a project. Too many sequences, from a big log-rolling number to a twee song about Love wanting to be let out to pee to a joke delivered by Raquel Duffy in a sailors outfit, are dispensable and merely make you wonder about the production costs involved.

I wish the show had been as clear and direct as the vivid illustrations projected onto the backdrop.

Like Rose herself, the audience longs for simplicity, not confusion. Perhaps if Rose gets scaled down and tightened, this show might truly bloom.