THE KING AND I by Richard Rodgers and Oscar Hammerstein II (Lincoln Center/Mirvish). At the Princess of Wales (300 King. 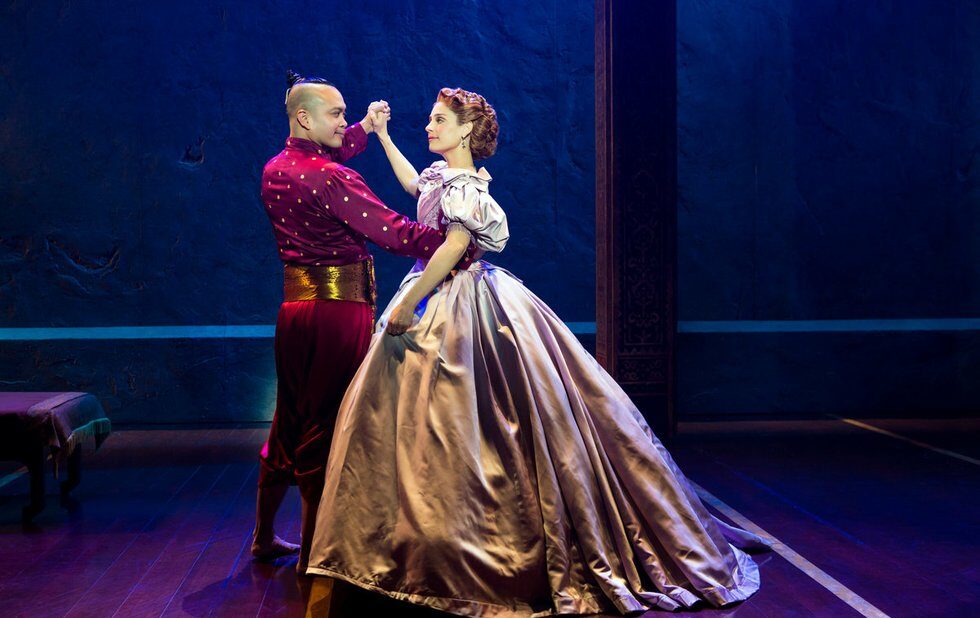 THE KING AND I by Richard Rodgers and Oscar Hammerstein II (Lincoln Center/Mirvish). At the Princess of Wales (300 King West). Runs to August 12. $59-$229. See listing. Rating: NNN

If you love it, youll live with it.

The King And Is music remains irresistible and Bartlett Shers gorgeous production has many magical moments. But this story, based on Anna Leonowenss memoir about a Welsh governess (Elena Shaddow) who heads to Siam to teach King Mongkuts (Jose Llana) many wives and children, still suffers from its racist and sexist assumptions.

As a period piece, its a crock. The central conceit is that Annas attempting to have a civilizing influence on the arrogant king, whose polygamy, among other decidedly unwestern habits, she finds appalling. Shes also furious at the king for making her stay in the palace instead of giving her the house he promised. In a subplot, Anna sympathizes with Tuptim (Q Lim), whos been given to Mongkut as a present but who longs for her Burmese lover, Lun Tha (Kavin Panmeechao).

In fact, Leonowens was not Welsh at all, but born mixed-race in Bombay and had never stepped foot in England before she came to Siam. As for the house issue, who can blame Mongkut for wanting to keep an eye on Anna to make sure she didnt overstep and foist her Christian values on her Buddhist pupils?

More cringeworthy is the idea that the British were vastly more progressive than the Siamese. True, Victoria sat on the throne and sexual slavery was not as blatant, but poverty was epic, class distinctions were powerful and women could not vote.

Director Sher tries to ameliorate some of these difficulties. Instead of treating the kings kids as just more property, he makes The March Of The Siamese Children into a testimony to motherly love. And he does wonders with the little-known song Western People Funny, which makes a mockery of the European-style balloon skirts the wives are compelled to wear at a dinner for British dignitaries.

Anna may be a total fake, but she is a great character: feisty, ready to confront power and deeply torn between her outrage at and growing affection for the king. Shaddow sings like a dream and makes those ambivalences palpable.

As the king, Llana refuses to let the shadow of Yul Brynner, the charismatic Tony- and Oscar-winning originator of the role, hover over him, giving the role new life as a bespectacled thinker wrestling with his lust for control. And Q Lim gives Tuptim a ferocity Ive never seen before.

The weak links are Ryan Stout as Annas son Louis, whose voice could be stronger, and Charlie Oh as Siams heir to the throne who, maybe unwittingly, looks like hes mugging up a storm.

The production is gorgeous, with sumptuous costumes by Catherine Zuber and a clever set of moving parts by Michael Yeargan. Tuptims version of Uncle Toms Cabin, reviving choreography by Jerome Robbins, is similarly spectacular.

The score does lack a true show tune yet pulls unremittingly at the heartstrings. But even that can be a problem. When head wife Lady Thiang, played with supreme dignity by Joan Almedilla, sings the anthemic Something Wonderful, you may feel a catch in your throat until you listen to a lyric that suggests the man is so fabulous, you should defend him when hes wrong.

Huh? Its kinda like dancing to the Rolling Stones early hit Under My Thumb until you realize what the song is about.