The Lion King continues to roar in Mirvish’s touring production

THE LION KING by Elton John, Tim Rice, Roger Allers and Irene Mecchi (Mirvish). At the Princess of Wales Theatre. 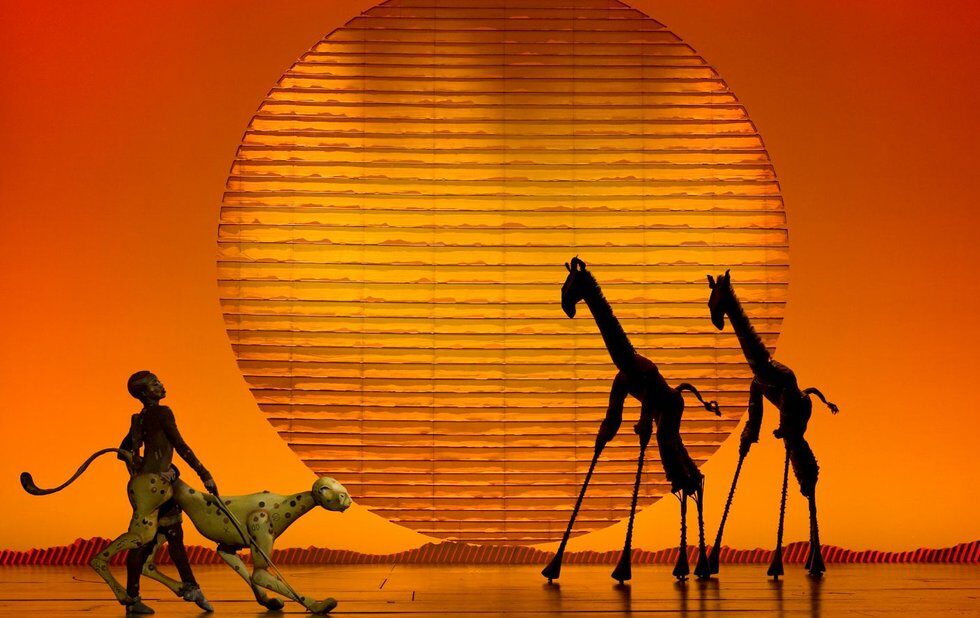 Theres a reason why this show remains the king of musicals and its not just because most viewers are familiar with the Disney animated film, which is soon, and totally unnecessarily, about to become a live-action one as well.

The central story of the circle of life on the African veldt has a primal pull. And the songs, especially in their African arrangements by Mark Mancina and Lebo M, evoke place and cultural history.

But what makes it one of the worlds unforgettable spectacles are the designs, particularly the costumes (by director Julie Taymor) and the mask and puppets (by Taymor and Michael Curry).

More than two decades after the show first roared on Broadway, these elements remain staggering. From the opening number, during which animals of all sizes trot and flutter down the aisles and onto the stage (the actors clearly visible beneath the contraptions), to the detailed, intricate design of the lead performers, where headdresses denote hierarchy and status, this is artistry of the highest order.

Taymor and company use various types of puppetry to provide a sense of scope and range. Best of all, each design choice feels pure and honest aspiring young theatre makers in the audience can see that its not CGI thats creating the effects, its imagination and ingenuity.

The long-running tour has touched down here before, but the current cast feels as fresh and spontaneous as can be expected in a decades-old show.

As the shows baboon narrator, Rafiki, Mukelisiwe Goba has a mischievous spark and a soaring voice, so appropriate for her roof-raising calls. Gerald Ramsey strikes the right note of gravitas and concern as the leader Mufasa, and Walter Russell III seems perfectly at ease almost too relaxed, in fact in the sizeable role of the Young Simba.

Jared Dixons smooth-voiced Simba might lack depth, but hes got real presence, his pumped up pecs and arms showing that he knows his way around the jungle gym. And Nia Holloway is one of the most commanding Nalas Ive seen and heard. Her voice, from the sultry low notes to the impassioned high ones, is first-rate, and she moves (choreography is by Garth Fagan) with feline grace.

My one problem with the book remains the character of Scar (Spencer Plachy), Mufasas unmarried brother and Simbas uncle, who hangs around with unsavoury hyenas in a place that resembles a nightmarish version of Mufasas Pride Rock.

Plachy is fine as the English-accented (why?) villain. But the homophobic subtext of his character feels terribly dated. When Zazu dismissively says of him, Theres one in every family, or when the young Simba says, Youre so weird, Uncle Scar, and he quips back, Oh, you have no idea, his voice dripping with campy irony, no one laughs.

Maybe these Lion lines should be put to sleep tonight.