NOW MagazineCultureMusicalsThe Phantom Of The Opera, flaws and all, still casts a spell

The Phantom Of The Opera, flaws and all, still casts a spell

THE PHANTOM OF THE OPERA by Andrew Lloyd Webber, Charles Hart and Richard Stilgoe (Cameron Mackintosh). At the Princess of. 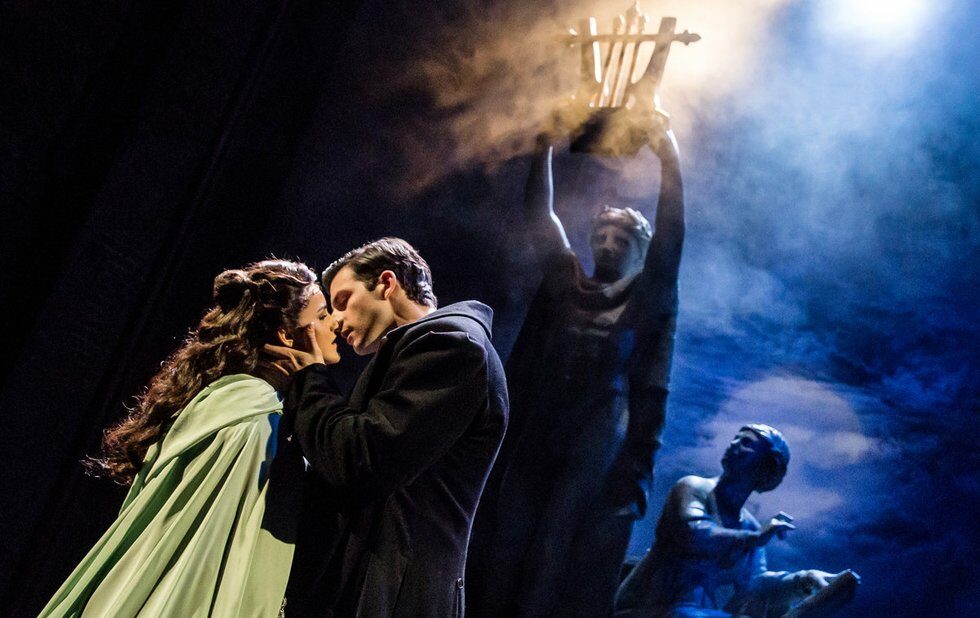 THE PHANTOM OF THE OPERA by Andrew Lloyd Webber, Charles Hart and Richard Stilgoe (Cameron Mackintosh). At the Princess of Wales (300 King West). Runs to June 30. $79-$220. mirvish.com. Rating: NNN

Complain all you like about how The Phantom Of The Opera and other mega-musicals of the 80s and 90s ruined the art form, made shows all about spectacle (a helicopter! a chandelier!) and ratcheted up ticket prices.

So even while I was lukewarm about seeing yet another version of Andrew Lloyd Webbers musical about the masked man who haunts the Paris Opera House in the early part of the 20th century, I was still humming its melodies two days after seeing it. Surely that counts for something.

And Cameron Mackintoshs revised production, directed by Laurence Connor, lets you see bits of the show in new ways.

Touring now for a couple of years, this version is aided by Paul Browns sturdy, versatile set dominated by a large column that opens up to efficiently show off different aspects of the setting, from little antechambers to spooky corridors in the Paris Opera House. Kudos to lighting designer Paule Constable for some effective shadow work signalling the Phantom (Quentin Oliver Lee) creeping around the theatre.

And thanks to advances in technology, even the infamous chandelier stunt has been tweaked to provide an extra frisson of tension.

If only such attention had been lavished on the shows book, by Lloyd Webber and Richard Stilgoe, which never lets you understand the motivation for the Phantoms obsession with ingenue Christine (Eva Tavares), and, even worse, skimps on her backstory with childhood friend Raoul (Jordan Craig), now a wealthy vicomte and opera benefactor, creating a love triangle you just dont care about.

The three principals, while decent enough singers (Lee and Tavares rely a little too much on falsetto notes for effects), could be stronger actors. Although their tunes are familiar, none of them makes you hear the music of the night or the day in a new way.