NOW MagazineCultureMusicalsThis Book Of Mormon will make you a convert

This Book Of Mormon will make you a convert

THE BOOK OF MORMON by Trey Parker, Robert Lopez and Matt Stone (Mirvish). At the Princess of Wales (300 King. 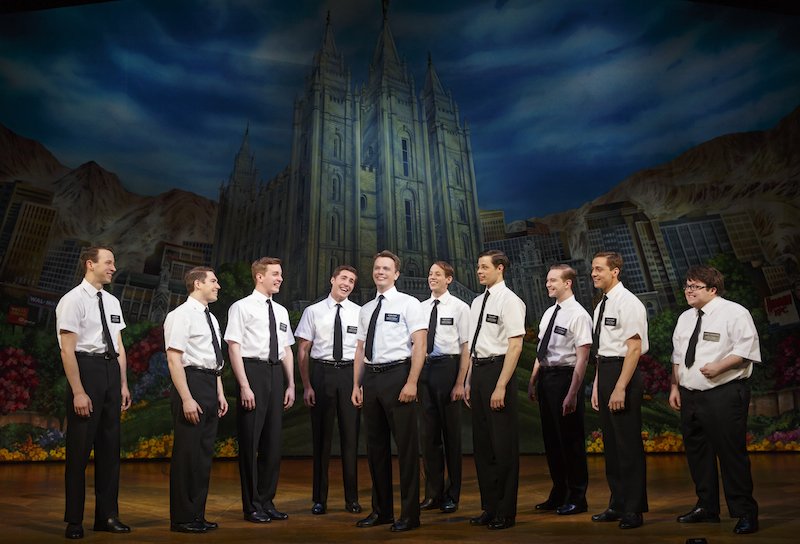 Praise the Lord! The Book Of Mormon is still as profane, hilarious and good-natured as it was when it broke Broadway box office records in 2011. This second national tour features not only local actor Sterling Jarvis but some of the best lead performances since the original cast.

Thats no mean feat. The heroes of Trey Parker, Robert Lopez and Matt Stones musical are a mismatched pair of Mormon missionaries, Elder Price (Gabe Gibbs) and Elder Cunningham (Conner Peirson), who find themselves trying to convert residents of an AIDS-ravaged Ugandan village terrorized by a rifle-wielding General (Ron Bohmer).

Price is a type A personality: all drive, dimples and bossy optimism. Cunningham, a chronic liar whos never had a real friend, is needy, nerdy and lovable until the tables turn and he gets a taste of power and popularity.

The trick is finding actors who can capture these characters flaws but still make them likeable. And Gibbs and Peirson are superb at playing with our sympathies, Gibbss sunny outlook clouded over as he realizes what hes got into, and Peirson, his shrieking speaking voice like the proverbial nails on a chalkboard, gaining layers of confidence as his imaginative lies start paying off.

PJ Adzimas Elder McKinley, a deeply closeted missionary, is a joy to watch, whether in the shows tuneful ode to denial, Turn It Off, or in his sequined appearance in the act two show-stopper, Spooky Mormon Hell Dream, which features, among other things, Hitler, Jeffrey Dahmer, Johnny Cochrane and Attila the Hun in all manner of couplings.

Jarvis and Leanne Robinson, as a Ugandan village father and chaste daughter, are perfection, adding dignity to roles that with the wrong tone could be condescending. Jarviss diction in the early scenes is particularly strong you wont miss any jokes in this show.

What I appreciated this time around was how efficient and effective the book is, and how Casey Nicholaw and Parkers direction maintains a perfect tone of goofy good nature and savage satire (the self-righteous liberal hymn I Am Africa is as biting as ever).

The production, colourfully designed by Scott Pask and costumed by Ann Roth, has lots of charm, particularly in the climactic play-within-a-play that keeps on offering up surprises.

If youre a Book Of Mormon fan, youll want to see it again. And if youre new to it, this is your chance to see one of the freshest, funniest musicals of the millennium. 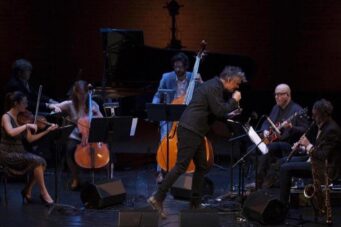