Talented cast member discusses finally performing in front of real people, making YouTube videos and why this new show is a milestone 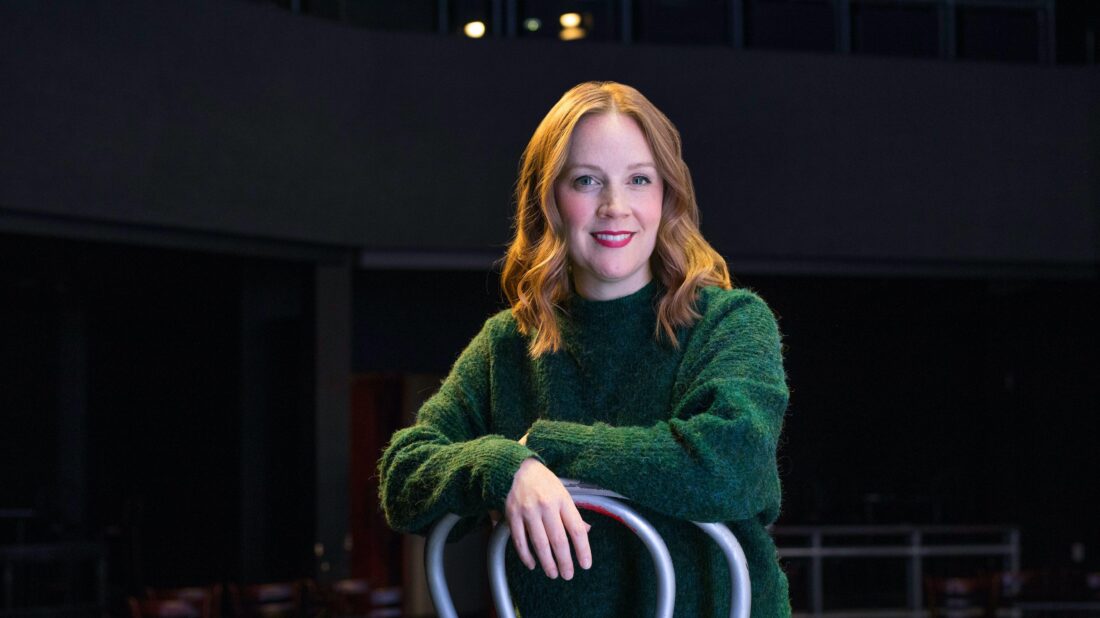 When Natalie Metcalfe stepped onto the mainstage of Toronto’s Second City a few weeks ago – for the first time in half a year – she started crying.

“I began the introduction by thanking people for coming and explaining how we were all so happy, and I couldn’t get through it,” she says. “It had been so long since we had performed in front of actual people. There was the energy, the nerves and the excitement – just all at once. It was overwhelming.”

In that intro to Shorter, Safer & Still So Funny, Metcalfe explains Second City’s house rules about wearing masks (which you can take off to sip your beverage, then put back on), eschewing cheering for clapping and other protocols in the COVID-19 era.

Metcalfe and I are conducting this interview in the space itself, with tables separated by eight feet – not just the regulation six. We’re both wearing masks. So is production stage manager Mark Andrada, who’s up in the sound booth, and cast member Tricia Black, who walks by later on and waves.

“I thought it was going to be jarring to walk out onstage and see everyone so separated,” says Metcalfe about the new layout. “But the audiences have been filled with the need to see comedy, the joy of it. The reaction has been so lovely that it hasn’t felt too weird or awkward.”

The improvised show runs just over an hour and mostly consists of short-form improv games, such as you might see at Bad Dog Theatre or a TV show like Whose Line Is It Anyway. Now that the cast is gearing up for their next mainstage revue, which will begin previews on October 9, they’re introducing some longer improv scenes into the mix, which may evolve into full-blown sketches.

Developing and rehearsing the show via Zoom has posed some challenges.

“The process has obviously changed,” says Metcalfe, a standout in the company’s last show, If I Could #Throwback Time. “On Zoom, it’s hard to block or add physical gestures, or even improvise. Often we will chat and talk about how we’re feeling right now, what’s going on in the world politically and socially and just seeing what we connect with. We begin with our own feelings and emotions and then go from there. We have to be able to connect emotionally with what we’re putting up.”

Obviously 2020 has not been a slow news year. World-changing events like the pandemic and the rise in anti-Black racism activism – not to mention an upcoming American election – are on everyone’s minds. Will all those topics make it into the new show?

“One-hundred-percent in some way, shape or form,” says Metcalfe. “We can’t build a show that is supposed to represent the world without diving headfirst into certain issues. We would be doing a disservice to the theatre, to ourselves and to the people who are coming to see us. But at the same time we’re trying not to hit anyone over the head with heavy content. Attempting to make light of a dark time is literally our main goal.”

Earlier this year, before live shows started up again, Metcalfe and partner Christian Smith began posting videos on their new YouTube channel that dealt with things we can all relate to during the pandemic. One video concerned people peeing in parks. Another took on how parents are dealing with their kids going back to school.

Metcalfe was inspired by YouTube comic Julie Nolke, whom she had written for. And she and Smith have received production, directing and editing help from collaborators Danny and Zach Nash.

“We started the channel because we didn’t know what else to do,” says Metcalfe. “The world was spinning and we, as artists, had no idea when we would work again. It was almost as though we felt we had to make something. We had so many feelings and emotions about what was going on in the world and absolutely no outlets anymore. So these sketches helped us with that. It was cathartic. It felt good to write and know that we could do these on our own.”

For the current improv show, the performers have separate dressing rooms, do their own makeup and hair and remove their masks right before they step on the stage. Once there, they keep their distance. There’s been no touching so far with cast members.

As for the as-yet-unnamed new revue, directed by Ashley Botting, it’s unclear whether the cast will be able to get closer. A staple of Second City shows has been the couple scene, and it’s hard to illustrate pairs without actors being close together.

“We’ll have to figure it out,” says Metcalfe. “And it won’t just be a matter of writing a scene where characters touch. It’s going to have to go upstairs, and be okayed by Chicago in order for us to be able to do that. We could write a scene and they’d go, ‘Absolutely not!’”

Besides being created and performed during a pandemic, this Second City show is notable for a couple more reasons. It’s the last show at its current location – in November, the venue is being torn down. And for the first time in Second City Toronto history, there will be more women than men in a mainstage show.

“There’ll be four women and two men in the show,” says Metcalfe. “It’s taken a while for this world to step up and be where it needs to be. It’s a milestone.”

Glenn Sumi and Natalie Metcalfe are joined by Second City’s Ashley Botting and Gary Rideout, Jr. in the latest episode of the NOW What podcast, available on Apple Podcasts and streaming on Spotify or playable below: