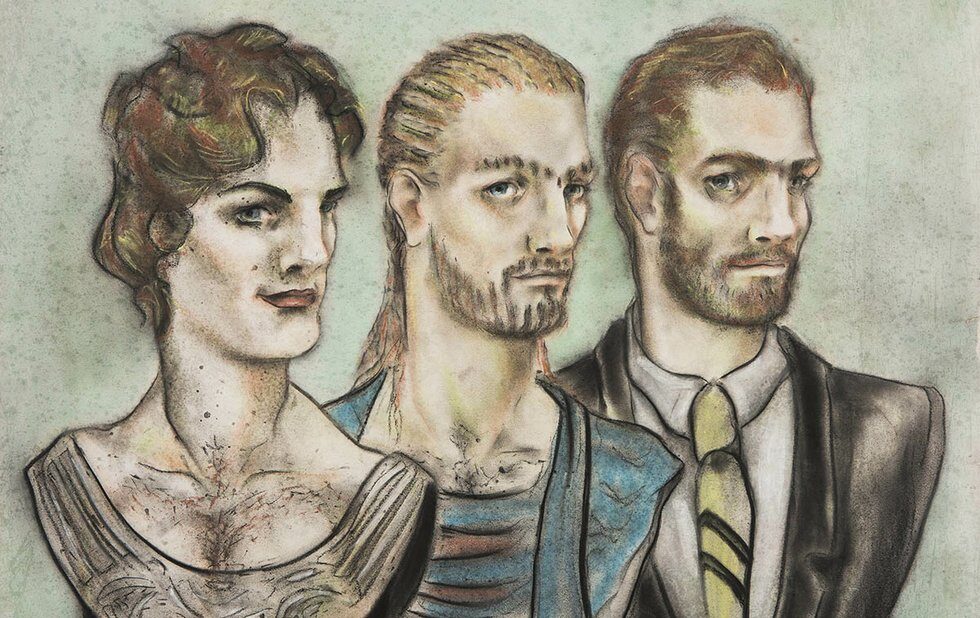 The new decade poses a bold question: What does it mean to be alive today in the multiplicities of the body and the complexities of gender identity? On Saturday, January 25, audiences at the Night of Ideas: Being Alive at Hart House and at the opening of Lorenza Böttner: Requiem for the Norm at the Art Museum at University of Toronto will think through this critical contemporary issue.

Presented in partnership with the Cultural Services of the French Embassy in Canada and Hart House, Night of Ideas, or “Nuit des idées”, originated five years ago in France. Since then, it has brought together hundreds and thousands of people from cities all over the world (including Dakar, Kathmandu and Buenos Aires) to bear witness to countless variations of art and performance and to create space for conversation on timely cultural topics on a local and international scale.

Audiences can enjoy extended hours at the Justina M. Barnicke Gallery at Hart House for Listening to Snow and at the University of Toronto Art Centre for Lorenza Böttner: Requiem for the Norm. Both Art Museum sites will be open until midnight. Wheelchair accessibility requests can be accommodated contact Art Museum at artmuseum@utoronto.ca or at 647-568-1831.

Curated by writer, philosopher and trans-activist Paul B. Preciado, Lorenza Böttner: Requiem for the Norm is the first North American presentation of the norm-defying works of Chilean/German artist Lorenza Böttner.

Few (if any) would be better suited to introduce Böttner’s oeuvre to North American audiences than Preciado, who holds a Ph.D. in Philosophy and Theory of Architecture from Princeton University and studied alongside postmodern juggernauts Agnes Heller and Jacques Derrida. Night of Ideas: Being Alive will be inaugurated with his Keynote Lecture on the work of Lorenza Böttner starting at 7 pm. Preciado calls on guests to consider the questions implicit in Böttner’s work: “Can an image grant or deny a body political agency? Is there any aesthetic difference between an image made with the hand and another made by the foot, or does the difference lie in the power relationship?”

Ernst Lorenz Böttner was born in Punta Arenas, Chile in 1959. At eight years old he was electrocuted while climbing a pylon and had both arms surgically removed. Despite the incident causing him great torment, Böttner refused the offer of prosthetic arms, eventually learning how to paint with his mouth and feet at the Kassel School of Art and Design. It was there she began identifying as a woman (signified by changing her name to Lorenza) and her lifelong interdisciplinary art practice. Böttner’s work spans several mediums: pencil sketches, oil and wax paintings, photography and performance—videos of which will be included in the exhibition. Lorenza Böttner created over 200 works of art during her 16-year career. She died of HIV-related complications in 1994.

Böttner’s art is localized on the body and explores complex embodiment, eroticism and the multiplicities of gender identities and of bodily expression. Principally, Böttner’s work depicts fluid images of her own body, presenting it in varying forms: a muscular, masculine figure a feminine heroine a ballerina a Greek statue and the like. Her work is haunting at times, playful at others, but ultimately beautiful.

You can see it for yourself at Night of Ideas: Being Alive on January 25. Lorenza Böttner: Requiem for the Norm will be on view at the University of Toronto Art Centre until March 21, 2020.