By Richard Trapunski and Natalia Manzocco 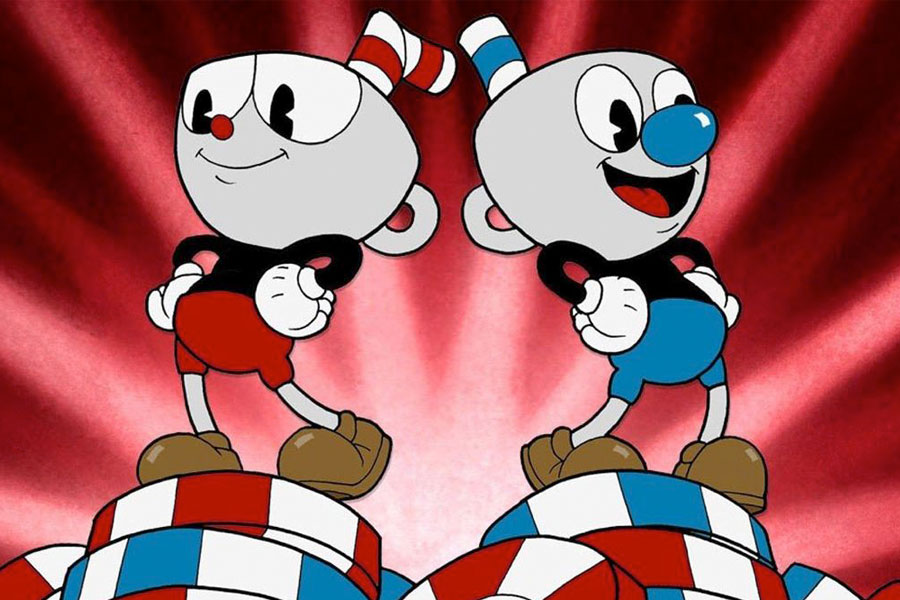 Cuphead tops our list of the best Toronto video games.

When it comes to Canadian video game makers, people tend to think of Montreal first (and Vancouver is no slouch either), but Toronto is becoming a worldwide hub in its own right. Triple-A video game studio Ubisoft has built a large presence here, and the indie game scene is thriving too. On that level, you can find a bit of everything here: from projects rising out of indie game jams to big first-person shooters to old-school arcade games, mobile entries, couch co-op hangout games and even a game that’s spinning off into a Netflix show. Here are 10 of our favourite Toronto video games of all time.

It’s hard to say what’s more impressive about Cuphead: the fact that the entire game was painstakingly hand-animated by a tiny, family-run gaming studio, or that – after building massive buzz upon the release of a teaser in 2013 – it actually managed to live up to the hype. A punishing bullet-hell game coupled with run-and-gun elements and a rubber-hose animation style that uncannily evokes the Steamboat Willie era, Cuphead stands on its own as an impressive technical feat and a truly singular gaming experience. Dying hundreds of times in a video game has never been so beautiful.

This 2019 mobile effort from Capybara Games is so profoundly addictive that, according to a recent report from Bloomberg, Apple cited it as an example of the kind of game it wants more of on its Apple Arcade subscription gaming service. Controlling a viking named Jorj, your mission is to kill as many same-coloured monsters as you can, moving through a Dr. Mario-style grid. It’s exactly what you want from a puzzle game. It’s simple enough you can pick it up and play casually while you wait in line at the grocery store, but there’s plenty of variation with a neverending supply of levels (150 to be exact). And it’s lively and funny, filled with over-the-top (but not gory) cartoon violence.

Put on a luchador mask that turns you from Juan the agave farmer (or Steve the graphic designer, or whoever you are), into a brawling warrior saving a Mexican village from evil skeletons while punching the occasional chicken. The 2D Metroidvania game (for the uninitiated, a genre of action-adventure games that take cues from classics Metroid and Castlevania), and its sequel have put local indie DrinkBox Studios on the map for a reason: it’s got a captivating look and setting, lots of humour and captivating gameplay that keeps you moving through the Guacamelee world.

Although Ubisoft Montreal has taken the lead on many of the company’s Canadian productions, Ubisoft Toronto has loaned its talents to some of the company’s biggest releases. One sterling example: the fourth and arguably most beloved entry in the Far Cry FPS series, which stands apart thanks to its lush environments, including the Toronto-designed Shangri-La sections of the game. Series fans say FC4 holds up six years on – and with Ubisoft Toronto working on the sixth iteration due for release in 2021, expect renewed interest in the franchise.

An arcade game straight out of your quarter-pumping youth (if you’re old enough to remember the days of Space Invaders), this game is a 2D wonderland filled with pleasing shapes and colours. You control a ship that you use to shoot a variety of aliens with a variety of different weapons. It’s a simple concept, but it’s as mesmerizing to play as its name suggests – that perfect hit of zone-out gaming ASMR.

Of all the video games on this list, this Steam game (later released on mobile and Playstation) is probably the most Toronto – and also the most depressing. Set in Scarborough, the 2D narrative-based game explores systemic inequality, hopelessness and capitalism after the 2008 financial crisis. One of the two main characters, Arthur Fox, is a motivational speaker whose charismatic bullshitting is loosely inspired by Rob Ford. The other is Sarah Stone, a 38-year-old forced to live with her parents due to precarious millennial employment. The main goal of the game is to lie. Expect lots of “wait, what?” style twists.

Couch co-op games – casual hangout games you can play cooperatively with your friends – have become a popular diversion during COVID times, and this title from indie developer Numizmatic is no slouch. A sort-of board-tabletop game hybrid, Light Fingers uses a roll of the dice to determine who gets to sneak in and steal the loot. Thievery is the name of the game.

A colourful, chaotic platformer from homegrown studio 13AM Games, Runbow has amassed a cult fan base thanks to its bold art style, catchy soundtrack and array of play style options. You can leap through death-defying levels (made all the more treacherous by the ever-changing backgrounds, which mask platforms and traps), or throw eight of your closest friends together for a hectic multiplayer experience.

Murderous gardening – what better theme for a video game released four months into the COVID quarantine doldrums? Terrorarium, from Stitch Media, is the newest kid on the Toronto gaming block, a 3D puzzle platformer about an alien granny and her army of sentient mushrooms. You can lead them through a vibrant, cartoony adventure mode or chomp your way through an array of user-generated levels (and even try your hand at creating your own in maker mode).

We’re stretching the time scope of our list of Toronto video games to include a game from 2011. But this cult classic is pretty timeless – and since 2018, it’s been available for Switch. The dreamy soundtrack, created by Ontario indie rock hero turned go-to game scorer Jim Guthrie, is a central part of the game. It was initially conceived as a “record you can hang out in.”

The nostalgic fantasy gameplay has kept the game alive for nearly a decade, and Superbrothers are finally making something new and surprisingly splashy: a recently announced game with major developer Epic for the upcoming PS5. Titled Jett: The Far Shore, it has some big expectations to meet to follow Sword and Sworcery.