When police fail marginalized communities, can online sleuths be of help? 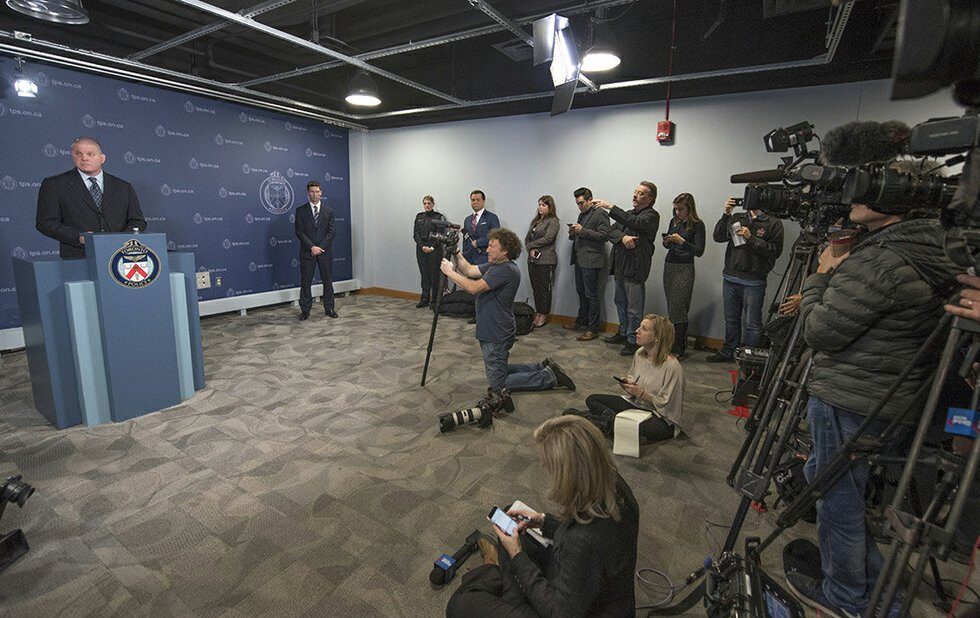 As the investigation into accused serial killer Bruce McArthur continues, several online communities have sprung up to discuss and speculate on the case.

In an era of true crime obsession, investigative television series and podcasts look deeply at unsolved cases several years old and from a critical distance. But the McArthur case is in its infancy, and even though many believe police were slow to heed community concerns, that doesn’t make online speculation or sleuthing any more productive for journalists, investigators or victim advocates.

In case you haven’t been glued to the news, McArthur is a 66-year-old landscaper from Toronto who has been charged with six counts of first- degree murder in the deaths of Skandaraj Navaratnam, Soroush Mahmoudi, Andrew Kinsman, Dean Lisowick, Majeed Kayhan and Selim Esen. All six men went missing from Toronto’s Church and Wellesley neighbourhood.

This week, Toronto police appealed directly to the public for help in identifying a dead “John Doe” believed to be the seventh victim in the case. Unable to identify the man, Det.-Sgt. Hank Idsinga told journalists police decided to release a disturbing photo of the man as a last resort.

Online sleuths have sprung into action. In the Facebook group called Serial Killer Bruce McArthur Discuss the Case, which has more than 2,220 members, various threads are already dedicated to identifying the man. On a thread with 396 comments, users comb through missing persons reports in more disorganized attempts to identify the alleged victim.

The latest development comes amid criticism from the LGBT community that police were slow to warn the public despite members of the public raising concerns that there may be a serial killer in their midst. Of course, this isn’t the first time Canadian authorities have denied the existence of a serial killer preying on vulnerable people.

In 1998, Indigenous/transgender activist and politician Jamie Lee Hamilton dumped 67 pairs of stilettos on the steps of Vancouver City Hall – one for each woman and sex worker who had gone missing from Vancouver’s Downtown Eastside. The community believed a killer was on the loose and Hamilton herself had written letters to the mayor asking for a meeting. But nothing was done.

Police also ignored voices from within their own ranks. Former geographic profiler Kim Rossmo’s request to issue a warning to community members of the Downtown Eastside that a serial killer was on the loose was denied. Instead, police continued to suggest the women had simply moved away.

“We had to share information to find out what was going on because the police are usually very tight-lipped and they actually can hamper any progress,” says Hamilton. “The stock answer always is, ‘No, we have no evidence’ of any serial predators out there when they know very well there is.”

It would be four more years before an arrest, and it would take nearly 10 years before Port Coquitlam pig farmer Robert Pickton was finally convicted on six counts of second-degree murder.

In such situations of police inaction, can online sleuths be of help?

“I do have a concern when sleuths start to engage and might be putting out misinformation,” she cautions. “I witnessed prank calls and armchair detectives with different theories that just spun out of control. There were rumours that the women were taken away on ships and disappearing, but that wasn’t the case.”

Hamilton still believes it should be up to police to investigate missing and murdered people, and for community members to hold them accountable.

Justin Ling, a former Vice editor and now a contract reporter assigned to the McArthur beat for The Globe And Mail, believes online speculation can be both beneficial and dangerous to journalists. He has been in contact with the online community Websleuths on previous stories and found the site’s users kept the speculation to a minimum and focused primarily on digging for information.

“Obviously, the more people you have on a story, the more [information] you’re going to get,” he says. “You have literally dozens of people poking around, searching through Facebook and missing persons reports, coming up with ideas and theories that a team of two or three journalists might not be able to do by themselves.”

However, amateurs bandwagoning on the true crime phenomenon can cause more harm than good when they pry into the personal lives of those affected by tragedy without understanding journalistic ethics.

“When you have this mob mentality of Facebook groups with hundreds of people in them, dozens of whom are Facebook messaging, calling, emailing and texting family members of [the victims], that’s really bad,” says Ling. “It makes us look flat-footed when in reality we’re just trying to bring a level of rigour, thoroughness and thoughtfulness to this investigation by following a code of conduct that people in these Facebook groups don’t follow.”

Having followed some of the online speculation related to the McArthur investigation, Ling says it has ranged from “conspiracy theories to hocus-pocus pseudoscience and is in some cases downright dangerous.

“You have people suggesting that some of the victims were in fact the perpetrators, [and] suggesting a number of cases that have nothing to do with [McArthur] are in fact victims of this alleged serial killer.”

Some online speculation has focused on Andrew Kinsman, who disappeared last summer. His remains were found on a property where McArthur worked as a landscaper.

The relaxed privacy settings on Kinsman’s Facebook account allow anyone to sift through and find out he possessed a dark sense of humour. However, that doesn’t make Kinsman culpable in his own death or in those of others. To suggest so spreads misinformation and can also compound his family’s grief.

In cases where victims are marginalized, Ling cautiously says crowdsourcing can be positive.

“What’s the chance that a journalist is working on the case lives at the intersection of those various identities? Low,” he says. “But for every one helpful, thoughtful, useful person, there are 10 others with no cultural sensitivity at all.”

There’s a time and place for crowdsourced information. When the police do not respond to calls to action from marginalized communities, people can band together, share information and bring it back to police who are equipped to investigate while holding them accountable.

Together, marginalized communities, the police and society can find ways to crowdsource information and collaborate toward serving justice to the missing and murdered vulnerable. However, when web-sleuthing gets out of line, everyone’s job becomes harder, retraumatizing those affected by tragedy.