NowMagazineCultureOperaThis Arabella will make you fall in love

This Arabella will make you fall in love 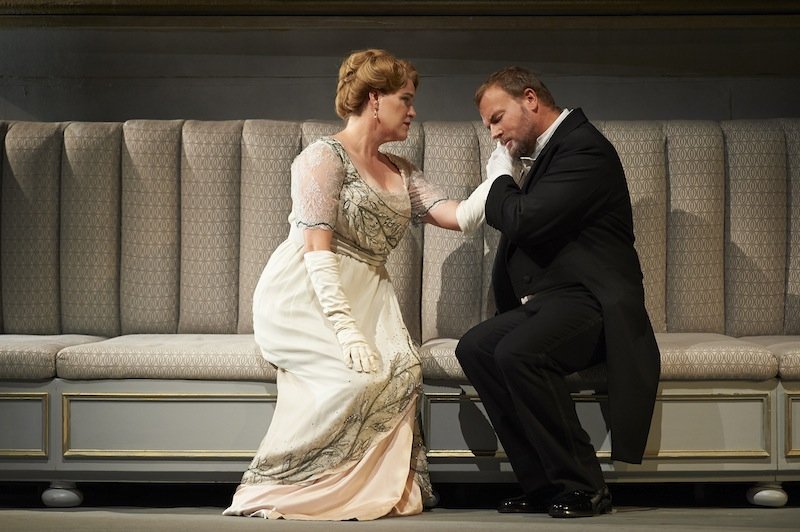 If you want to know what it feels like for 2,000 people to collectively fall in love with someone, go see Richard Strauss‘s Arabella, which is getting its long overdue first performance by the Canadian Opera Company.

The object of the audience’s affection is the Polish bass-baritone Tomasz Konieczny, who’s making his North American debut as Mandryka, the most adorable wealthy landowner with rough social skills since Jane Austen’s time.

At the start of the second act, when the man clumsily introduces himself to the woman of his dreams, the eponymous Arabella (Erin Wall), Konieczny his rich voice booming with ardour and awkwardness, his nimble body skipping around lightly while his character gets increasingly drunk on champagne wins our hearts.

He also wins Arabella’s, but in a bizarre plot that involves gender switching, an assignation and a very symbolic glass of water, things won’t get resolved until at least another hour.

You can understand why the opera isn’t performed as much as Strauss’s others, like Der Rosenkavalier, Elektra and Salome. The characters are initially unlikeable: Arabella, adored by seemingly every Viennese man, is capricious and a bit cold her parents, Count Waldner and Countess Adelaide (John Fanning and Gundula Hintz, both characterful), are living beyond their means and, in the weirdest plot point, can’t afford to have their younger daughter, Zdenka (Jane Archibald), in society, so they disguise her as the family footman. And Zdenka herself is conflicted and confused, since she’s in love with Matteo (Michael Brandenburg), one of Arabella’s suitors.

But director Tim Albery‘s production is clear and full of fin-de-siecle elegance. The only hiccup is an awkward pause in the second half, during which the set is changed while the curtain is up.

Conductor Patrick Lange gets lush, full sounds from the COC orchestra, and the singers, their voices soaring above Strauss’s textured harmonies, help sell the unusual story. Wall, gorgeously costumed by Tobias Hoheisel, brings poise and grace to this flattering role. A nice surprise is Claire de Sevigne, whose brief performance as party girl Milli is a delight, her pure coloratura as sparkling as her presence.

But it’s Konieczny, from his passionate first scene onwards, who will get you scanning his bio, wondering where and when you can experience his voice again.