NOW MagazineCultureOperaBandits in The Valley delivers lots of site-specific fun

Bandits in The Valley delivers lots of site-specific fun 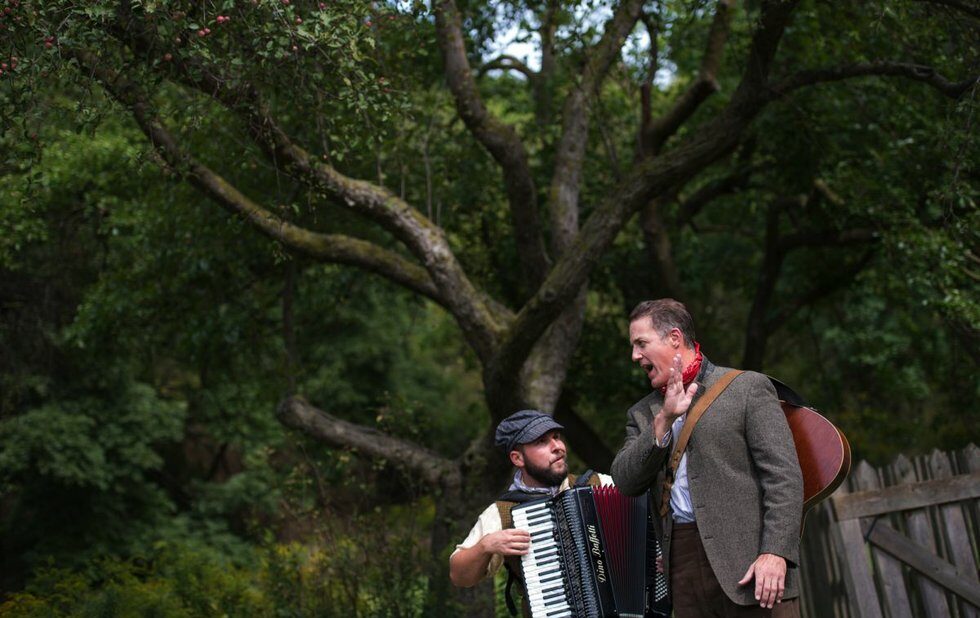 Jacques Arsenault (left) and Keith Klassen band together for Bandits In The Valley.

If you think Campbell House is the only heritage home that occasionally doubles as a site-specific theatre venue, head on over to Pottery Road in the Don Valley, where Tapestry Operas delightful new production makes fine use of another old-timey home and institution.

Inspired by the history of Todmorden Mills and its co-founder, George Taylor (Alex Dobson), composer Benton Roark and librettist Julie Tepperman have great fun with the frothy premise.

In 1880, on the 25th anniversary of the mills founding, Taylor has invited us to enjoy a touring production of Gilbert and Sullivans operetta The Pirates Of Penzanze, featuring Taylors current crush, the soprano Lily Pollard (Jennifer Taverner).

What he doesnt know is others have their eye on Lily, too, including the troupes androgynous leader, Henri (Sara Schabas), and Jeremiah (Keith Klassen), a wandering bandit whos also the illegitimate heir to the Taylor mill fortune but needs proof of his birth from Taylors housekeeper Birgitta (Stephanie Tritchew).

Director Michael Hidetoshi Mori uses both the outdoor space (sound here is a little iffy, of course) and the various rooms in Taylors actual home, as well as the mill theatre itself, from the stage to the rehearsal area.

The result is occasionally clunky theres a lot of uneventful walking to and fro (it would have been nice if we didnt have to pass by the modern office and lobby) but also often beautifully intimate.

The real joy of the production lies in the music and performances. Roark draws on popular styles of the era, and hes helped by a talented cast. Taverner is ravishing as the diva what a treat to hear her creamy soprano up close and Klassen, as always, is as fine an actor as he is a singer.

Teppermans lyrics are full of amusing wordplay were encouraged to mill about the mill, of course and delivers a first-rate G&S parody in the climactic, interactive number.

One note about the title: it seems like a bait and switch since we dont really learn much about the smugglers and bandits who were rampant in the valley in the 1800s.

And even though the shows run is sold out, Im told rush tickets may be available for performances.

So line up early. And practise your G&S-style patter.