NOW MagazineCultureOperaThe Barber Of Seville will cure your winter blues

The Barber Of Seville will cure your winter blues

THE BARBER OF SEVILLE by Gioachino Rossini (Canadian Opera Company). At the Four Seasons Centre (145 Queen West). Runs to. 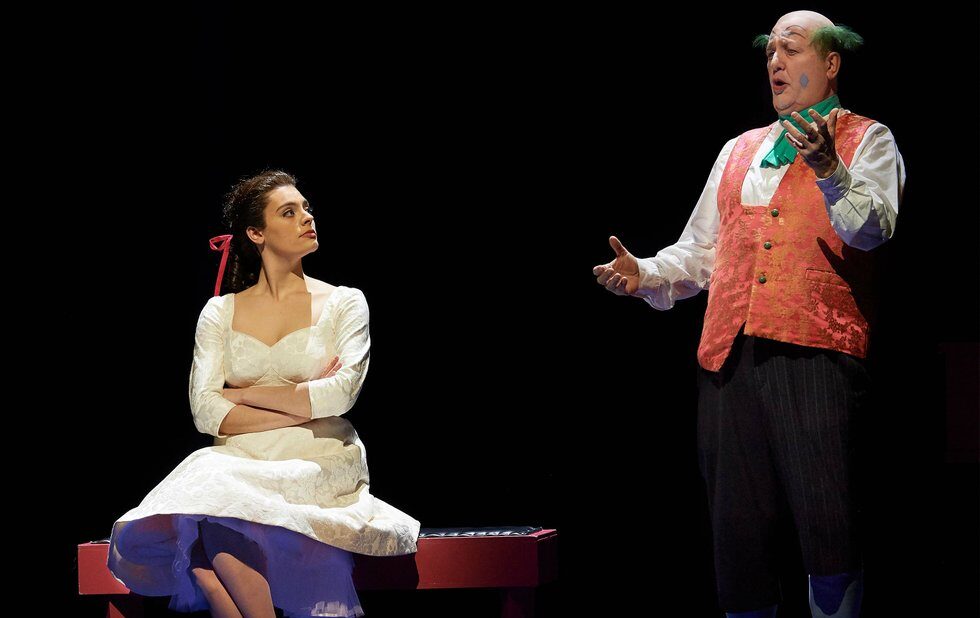 If the mid-winter blues are getting you down, perhaps a visit to the Barber is in order.

From its colourful sets and costumes to its endlessly inventive and playful score, the Canadian Opera Companys lively production of Rossinis The Barber Of Seville will make you forget all your troubles… at least for a few hours.

Font is especially good at showing the full range of human activity in any given setting. During a nighttime serenade scene in a square in Seville, for instance, were shown a drunken man stumbling around (and occasionally joining in on the action) and an elderly woman just passing the time things youd see in many urban areas.

Some purists might complain that theres too much stage business going on during arias. But often these things illustrate whats being sung. When Priante belts out his famous Largo al factotum number, Font and designers Joan Guillen (sets, costumes) and Albert Faura (lighting) make the space come alive, showing just how the barber goes about his business. Its inspired.

And when the mischievous music teacher Don Basilio (Brandon Cedel) sings about how the spreading of gossip can take down an innocent man, its captured with visual flair in a clown-like sequence on top of a piano. (Pay attention to that piano: it contains many surprises.)

But as fun as this production is, any staging of the opera needs decent singers and musicians to work. And itd be hard to imagine a better cast than the one the COCs assembled.

Priante has a big, lyrical voice and agile physicality thats perfect for Figaro DAngelo and her strong, characterful mezzo create a Rosina whos no mere ingenue but a smart, resourceful woman in control of her situation Girolami nails his calculating villain with cartoonish glee and the sweet-voiced tenor Ballerini is endearing and full of dramatic surprises, especially when he starts donning disguises.

But the biggest ovation belongs to visiting conductor Speranza Scappucci, whose spirited work earned bursts of applause throughout the night, especially after her inspired, spontaneous conducting of the famous overture.

May she make an encore appearance with the COC soon.