The Canadian Opera Company is calling its 2020-2021 season "monumental." And they're not wrong. After all, it's presenting the country's. 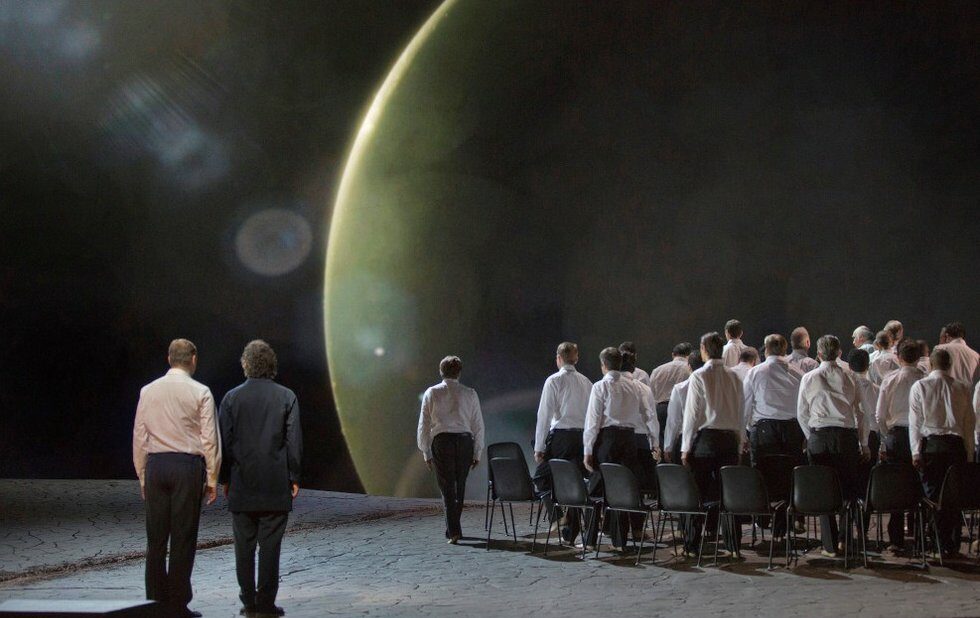 The Canadian Opera Company is calling its 2020-2021 season “monumental.” And they’re not wrong.

After all, it’s presenting the country’s first fully staged production of Parsifal, Richard Wagner‘s nearly six-hour epic about a knight’s quest for the Holy Grail. It’s a massive work that requires more than 100 singers and an orchestra almost twice the size of the COC’s usual core.

“Mounting the first Parsifal in Canadian Opera Company history has been a journey all its own,” said the COC’s general director Alexander Neef at the season launch the company’s 70th on Monday night. This is his final season with the company before leaving to join the Paris Opera.

“Parsifal was a goal that we set as a community of opera lovers and it brings me immense pride to know that what we’ve accomplished already is a direct result of the overwhelming and continued support of our passionate supporters.”

Neef is referring to the Monumental campaign, a community-led initiative to present Wagner’s final opera. The campaign has already raised nearly $1 million towards the production.

This Parsifal, a co-production with the Metropolitan Opera and the Opera national de Lyon, is directed by Francois Girard, with sets by Michael Levine, the same team behind Siegfried, the third opera in the COC’s historic Ring Cycle. Starring Christopher Ventris and Viktor Antipenko in the title role, with Johan Reuter as Amfortas, Tanja Ariane Baumgartner as Kundry, Robert Pomakov as Klingsor and Mika Kares and David Leigh as Gurnemanz, the opera gets seven performances, beginning September 25.

Another exciting announcement is a production of Leos Janacek‘s psychological thriller Katya Kabanova. It’s been almost three decades since the opera last played the COC, and this production, directed by David Alden, with stark sets by Charles Edwards, comes from the English National Opera. Soprano Amanda Majeski makes her COC debut in the title role, which earned her raves at the Royal Opera House last year. It runs February 6 to 20, 2021.

The four other titles in the COC’s season include returns of acclaimed productions.

The fall sees a revival of the very dark Claus Guth-directed production of Mozart‘s The Marriage Of Figaro (October 20 to November 7), featuring Russell Braun (currently in Hansel & Gretel) as the Count and mezzo Emily D’Angelo (delightful in the recent The Barber Of Seville) as Cherubino.

In the winter, running in rep with Katya, is the Joel Ivany-directed Carmen starring acclaimed mezzo J’nai Bridges in the title role and the fiery tenor Michael Fabiano as Don Jose (January 23 to February 21).

And the season concludes with two company favourites. First up is Arin Arbus‘s sumptuous production of La Traviata (April 17 to May 16), featuring beloved Canadian-American soprano Sondra Radvanovsky as Violetta and the terrific Maltese tenor Joseph Calleja as Alfredo. It runs in rep with Robert Carsen‘s devastating staging of Gluck‘s Orfeo Ed Euridice (May 1 to 15), starring Iestyn Davies and Anna-Sophie Neher in the title roles. When this production last played here in 2011, it received a rare 5N review.

Trying to make opera more accessible and exciting to younger audiences, the COC is also launching Vox, a membership program for patrons 19 to 40 years old. Membership includes access to behind-the-scenes events, special ticketing options and opportunities to socialize with other members and COC artists.