HOOK UP by Chris Thornborrow and Julie Tepperman (Tapestry Opera in partnership with Theatre Passe Muraille, 16 Ryerson). Runs to. 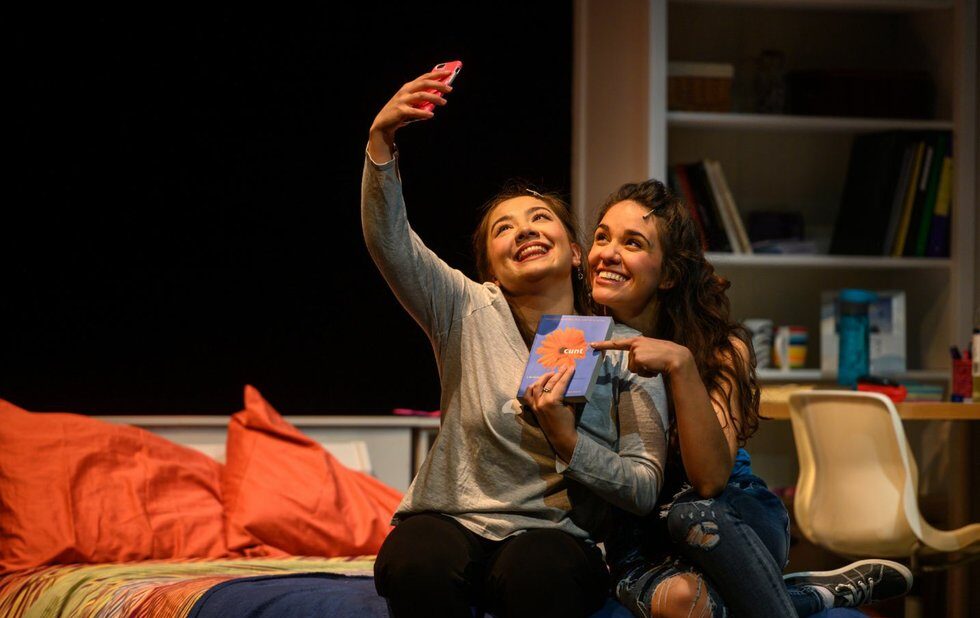 Many shows have taken on the timely topic of sex, consent and rape culture on college campuses, but few have mined it with as much depth and sensitivity as Hook Up, a new opera/musical theatre hybrid by Tapestry Opera, in partnership with Theatre Passe Muraille.

With a score by Chris Thornborrow and libretto by Julie Tepperman, the completely sung-through show is set at the fictional Lanark University, where Mindy (Emily Lukasik), boyfriend Tyler (Nathan Carroll) and bestie Cindy (Alicia Ault) are freshmen.

The Canadian campuss dysfunctional milieu is established quickly and efficiently in a funny but telling scene in which group leaders (Alexis Gordon and Jeff Lillico, who play various roles throughout) provide very different lessons to their female and male charges.

Meanwhile, Thornborrow and Tepperman take time carefully constructing the characters. Mindy wants to settle down with Tyler, who seems more interested in playing video games and basketball with his bros. And Cindy, ignored by Mindy, has been experimenting with sexual freedom always safely, of course and has found some new friends.

One of the strongest scenes both musically and dramatically is set at a lecture in which the prof (Gordon) delivers an overview of the history of feminism while the two women, in a catty counterpart, argue over their disintegrating friendship.

The way the plot develops including the appearance of another character at the 11th hour is surprising but satisfying.

Director Richard Greenblatt makes brilliant use of every inch of the TPM space, including the second floor landings and various seats in the audience. Kelly Wolfs revolving set evokes everything from Mindys cozy dorm room to a sleazy frat house Halloween party. Monty Martins video projections are used sparingly but effectively, with the most creative and intelligent use of text-messaging and emoticons Ive seen in a stage show.

Thornborrows urgent and characterful score matches the works various moods, while Teppermans libretto, from its moments of high drama to its pregnant silences, is masterful.

While the ending feels abrupt, you could argue that the characters stories will continue, as all great art should, beyond the confines of the theatre.