LA BOHEME by Puccini (Against the Grain). At the Tranzac (292 Brunswick). Runs to June 2. $35. againstthegraintheatre.com/la-boheme/. See listing.. 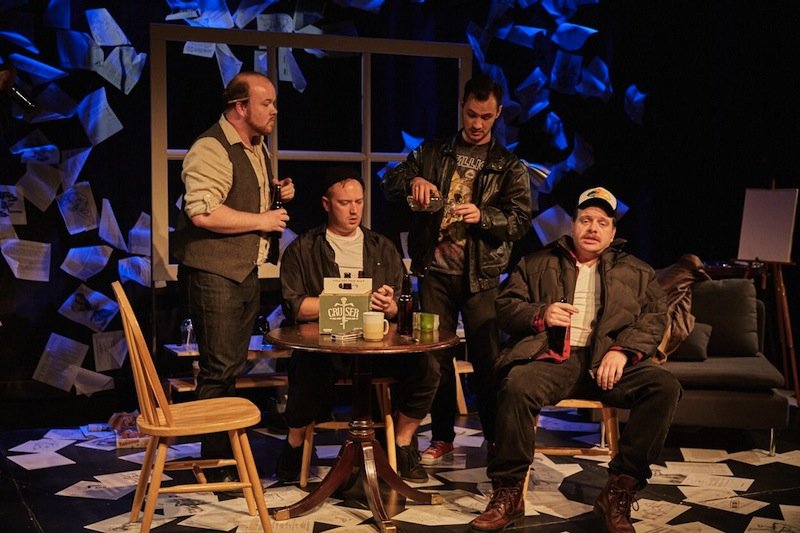 LA BOHEME by Puccini (Against the Grain). At the Tranzac (292 Brunswick). Runs to June 2. $35. againstthegraintheatre.com/la-boheme/. See listing. Rating: NNNN

Its hard to believe Against the Grain has only been around for six years. One of the most imaginative performing arts companies in the city, it has reinvigorated opera, oratorio and even lieder with entertaining, accessible productions, pleasing aficionados and embracing newcomers.

Now theyre remounting the show that launched them in 2011: a raucous, energetic, site-specific version of La Boheme, performed in an Annex club and featuring characters who are completely true to the spirit of Puccinis original while also commenting on contemporary issues like soaring rents, hookup culture and millennial underemployment.

Adapted into English by director Joel Ivany, the opera is still about a bunch of artistic bohemians looking for love and work in the big city. But there are some twists.

Rodolfo (Owen McCausland) is a writer working on screenplays, not poems artist Marcello (Andrew Love) is obsessed with a woman at the Future (next door, as it turns out) and musician Schaunard (Micah Schroeder) is a busker.

For every niggling question someone familiar with Puccinis original might ask what disease does Rodolfos lover, Mimi (Kimy Mc Laren), have, if not consumption? Why does student Colline (Kenneth Kellogg) sing to his coat if hes not going to sell it? Ivany has provided fresh responses to other things, including staging the second scene at an actual bar and making sense of a plot point about a foot that has always seemed odd to me. (Kudos to Gregory Finneys Alcindoro, one of his two pointed older portraits, for getting right into the nose-smashing spirit of things.)

Above all, Ivany and music director/pianist Topher Mokrzewski understand the heart of the piece: love, sacrifice, and getting by on little money is the same whether its in 19th century Paris or condo-ridden Toronto.

In a venue this intimate, you cant get away with subpar singing or passionless acting, and this cast doesnt disappoint. McCausland and Mc Laren invest their lovers with genuine poetic feeling Mc Larens voice is ravishing in its top notes.

Adanya Dunn is charismatic as the flirtatious Musetta, and Kellogg and Schroeder have lots of fun as the two roommates. Its Loves Marcello, however, who steals every scene hes in besides having a booming, rich baritone, hes alive to every dramatic possibility.

If youre a long-time opera fan or new to it, dont miss this Boheme. The acoustics and sightlines at the Tranzac might not always be the best, but you cant argue with the entertaining and deeply moving results. And hey, you can probably share a pitcher with the cast afterwards.