NOW MagazineCultureOperaMr. Shi And His Lover tells a complex real-life story in a non-traditional way

Mr. Shi And His Lover tells a complex real-life story in a non-traditional way 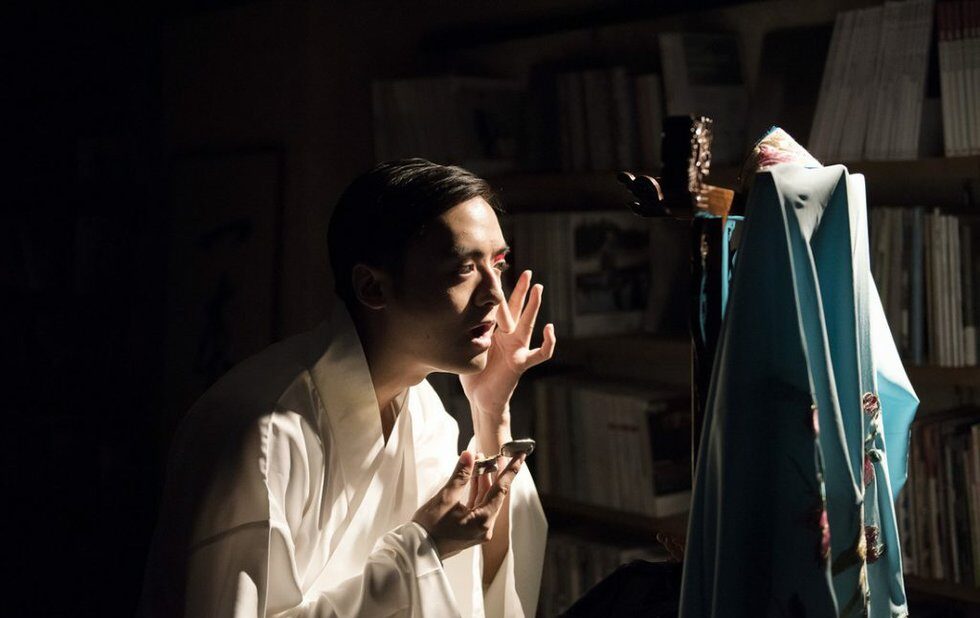 A hit at SummerWorks 2016, Mr. Shi And His Lover is the most adventurous work the Tarragon has presented in quite some time. Its the first piece in Mandarin the theatre has ever staged and its first opera since Nigredo Hotel in 1992. What makes Mr. Shi especially unusual is its radical deconstruction of storytelling, though such an approach perfectly suits the bizarre true story that the opera examines.

Bernard Boursicot, a young French diplomat, had previously only had sex with men. When posted to China in 1964 he was determined to finally have sex with a woman. That idealized woman, however, happened to be Shi Pei Pu, a male performer of Peking opera specializing in female roles. Amazingly, Boursicot and Shis relationship continued for 20 years without Boursicot ever realizing Shi was a man, much less a spy recruited to entrap him.

The story is best known as the basis for David Henry Hwangs 1988 play M. Butterfly and for David Cronenbergs 1993 film adaptation.

Composer Njo Kong Kie and librettist Wong Teng Chi deliberately choose not to retell the story. Instead they locate the action in the ocean of the mind of the two characters where the operas seven scenes become seven points of inquiry into the personal, sexual, social and political ramifications of the subject matter.

Shi (Jordan Cheng) reflects that for him every aspect of life is a performance both on and offstage. Shi feels that performance supplies a pretence of purpose that gives an otherwise empty life meaning. Boursicot (Derek Kwan) also realizes that as a diplomat, he is a performer whenever he carries out his duties. Yet, unlike Shi, Boursicot finds consolation in the idea that at least his love for Shi was real. Both confront the paradox that acting can elicit real emotions.

Njo at the piano and Yukie Lai on marimba and Chinese percussion accompany the immensely talented Cheng and Kwan in their fiercely committed performances.

This chamber opera has the feel of a work that will last. It provides an engaging, provocative evening for mind and ear that will intrigue lovers both of theatre and of opera.