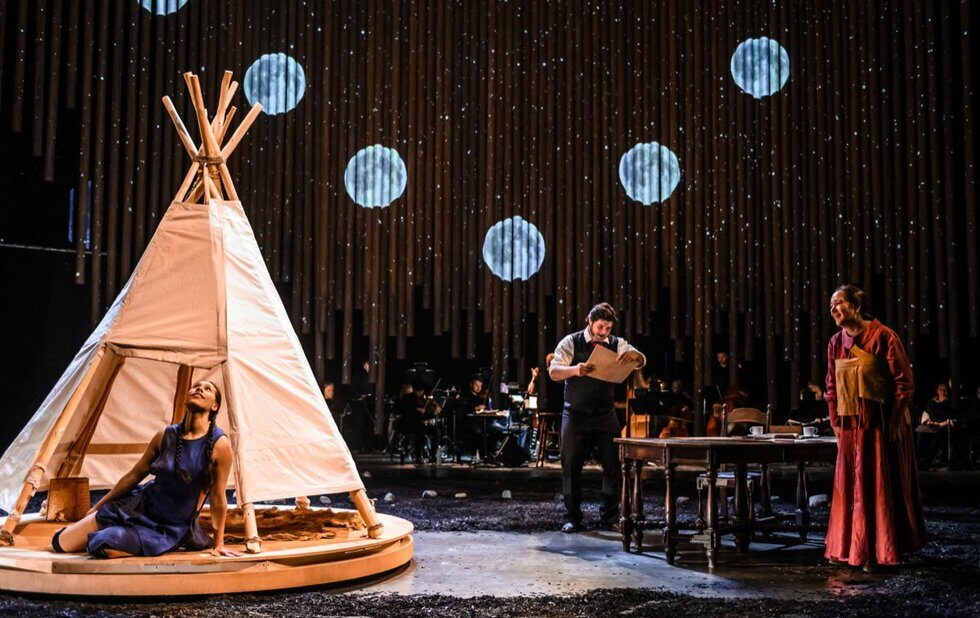 Shanawdithit is a superb new opera that tells an essential story about the legacy of Shanawdithit (Marion Newman), who helped document the history of the Beothuk Indigenous communities of whats now Newfoundland and Labrador.

In 1828, explorer and author William Cormack (Clarence Frazer) sits down with the young woman seemingly the last of her people and gets her to recount her life, using drawings to illustrate her former home and tell about her peoples decimation, including the particularly violent death of an aunt.

Librettist Yvette Nolan sets the situation up clearly, letting us see Shanawdithits initial hesitation (Newman is as good an actor as she is a singer), as well as the racism and fear of Cormacks settler colleagues, who call Shanawdithit the last of the savages.

Burrys score is highly effective, the orchestra and chorus (under music director Rosemary Thomson) suggesting everything from the ripples on the surface of the water to a groups cacophonous unrest. Under the direction of Nolan and Michael Hidetoshi Mori, Camellia Koos set beautifully evokes the different locations, as well as the constant presence of a forest. Cam Daviss projection designs make the physical world come alive.

While the finale, which focuses not on what was lost but on the life that continues, feels contrived, it makes dramatic sense to want to provide a feeling of hope to a story about colonialisms destructive force.