NOW MagazineCultureOperaCOC’s The Elixir Of Love is a middling concoction

COC’s The Elixir Of Love is a middling concoction

THE ELIXIR OF LOVE by Gaetano Donizetti (Canadian Opera Company). At the Four Seasons Centre (145 Queen West). Runs to. 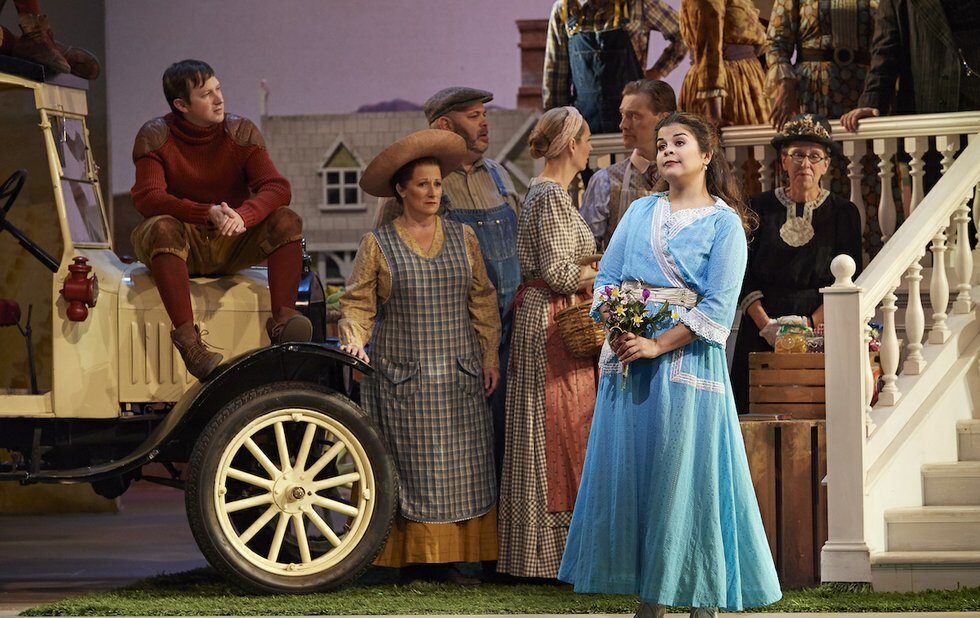 The Canadian Opera Companys new production of Donizettis popular comic opera boasts superb playing by the COC orchestra under conductor Yves Abel, but the cast is uneven and the relocation of the action from Europe to Ontario undermines key points of the story.

In the original, the poor, uneducated Nemorino (Andrew Haji) is hopelessly in love with wealthy, literate land-owner Adina (Simone Osborne). The charlatan Doctor Dulcamara (Andrew Shore) arrives selling his cure-all medicine, and Nemorino asks for a potion to make Adina fall in love with him. Dulcamara concocts one, but it is actually only Bordeaux wine.

When Nemorino scorns Adina, she becomes angry and wants to punish him by pretending to marry the self-important sergeant Belcore (Gordon Bintner). Eventually, Adina realizes that her anger at Nemorinos scorn stems from love for his good heart.

Adina is one of the few female characters in opera who is a happily unmarried, self-sufficient woman and not an aristocrat. It is important to preserve these traits to understand Adinas character and the social gulf between Adina and Nemorino.

However, director James Robinson has shifted the action from a farm in the Basque country in the 1840s to small-town Ontario in 1914. Adina is now the town librarian and the chorus is no longer her employees, but townspeople of various professions. This diminishes Adinas power and position by demoting her to a city employee while Robinson boosts Nemorinos status to an ice cream vendor with his own truck. Giving Nemorino a job and vehicle makes nonsense of the plot in which Nemorino is so poor he must join Belcores army to pay for the elixir.

Haji gives a warm, sympathetic performance as Nemorino and beautifully delivers the operas most famous aria, Una Furtiva Lagrima. Osborne is a sprightly Adina, but Robinsons direction has made the motive for her revenge on Nemorino unclear. And while she tosses off the parts many runs and high notes with ease, her voice needs more variety and colour.

In both acting and singing, Bintner is all that the hilariously proud Belcore should be. As Dulcamara, Shore was sadly out of voice on opening night, which seriously damaged the impact of such a pivotal character. As usual, the contributions of the COC Chorus are exemplary.

Nevertheless, only a cast of the highest level has a chance of overcoming the impairment of plot and character that this production poses.