If you think opera is an elitist art form attended solely by monocle-sporting one percenters, think again. Ive just met. 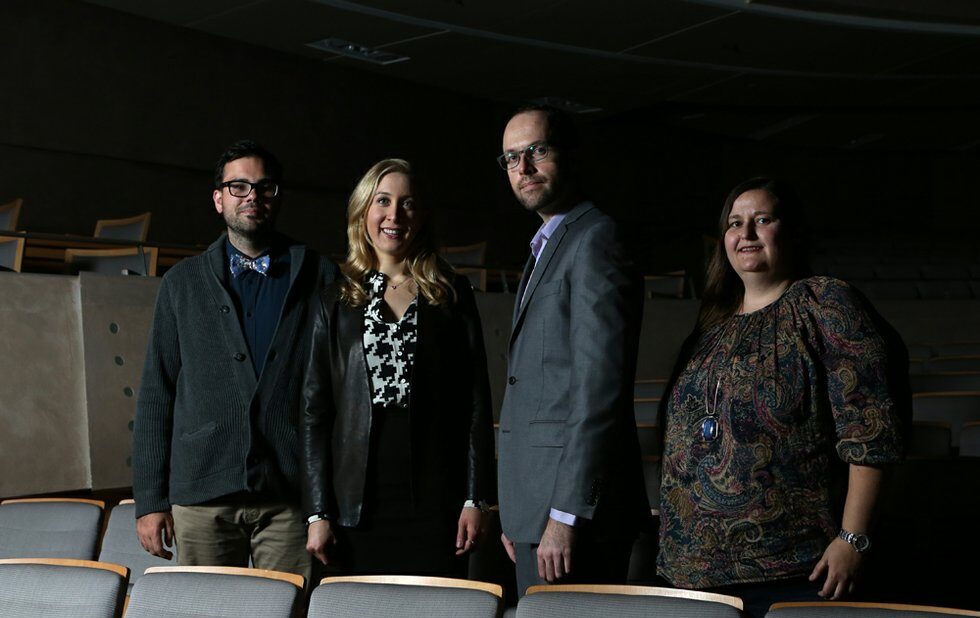 If you think opera is an elitist art form attended solely by monocle-sporting one percenters, think again. Ive just met four of the fiercest opera lovers in the city and theyre all who knew? under 40.

No, theyre not aspiring singers themselves, and none of them works in the performing arts as a day job. But theyll be going to every production at the Canadian Opera Company (including the just-opened Arabella and LElisir DAmore), sometimes more than once, as well as shows by Opera Atelier, Against the Grain and Tapestry.

A couple of them even plan their vacations around opera.

Three years ago, I went to Europe for the first time and saw 28 operas in 28 days in seven different countries, says Dylan Hayden, a marketing specialist in the entertainment industry.

In fact, it was a tweet by Hayden listing performances he planned on seeing not just in Toronto but in Philadelphia, NYC, Chicago, Montreal, Washington, Pittsburgh, Cincinnati and San Francisco that first opened my eyes to young opera fandom.

That Europe trip took months of research, he tells me. I used operabase.com, which lists every single opera performance in the world, built spreadsheets on spreadsheets for planning. Couchsurfing.org helped me find places to stay. I took night buses and trains, and often paid four or five euros a ticket for standing room.

Tricia Black, another opera fanatic seeing many of the same operas as Hayden this season, including a complete Ring Cycle in San Francisco next June, makes an effort to get to world premieres.

You hope theyre successful and that they have a life beyond that premiere, but you never know, says Black, a manager in the fintech industry whose plans include going to London next spring to see George Benjamins Lessons In Love And Violence, featuring Canadian singers Krisztina Szabo and Barbara Hannigan.

Id hate to miss the opportunity to see something new.

If Hayden and Black are veterans of opera-going they saw their first COC productions in 2008 and 2009 then Lauren Di Pede and Roman Kotovych are enthusiastic up-and-comers eager to make new converts.

Di Pede, who, like all four, studied music when she was younger, says there are lots of entry points for opera newcomers.

I think it takes exposure to the art form, explains the asset manager at a real estate development and property management company.

Youll find something to connect with. The music, of course, or the story. Theres going to be a point in an opera where youll feel, I know what that person is going through. It might be exaggerated and a situation that you may never experience yourself, but youll know the feeling. The arias, even in the translation, are poetry. And there are other aspects. I took a family member whos hearing impaired to Tosca because the sets were so fabulous, and she loved it.

Kotovych, whos been in Toronto for a year but has seen opera in Manhattan, London and the Ukraine, says if you love musicals or concerts, opera isnt far off.

If you like Les Mis, theres no reason you wouldnt love opera, says Kotovych, a lawyer for the government of Canada. And if you like seeing the glam of Lady Gaga or get excited when Arcade Fire bring out their weird instruments, just think: you get an entire orchestra of these instruments, plus costumes, and a story that will grip you.

When he took a friend to the COC’s Carmen, he says she was surprised there were English surtitles above the stage it made her experience of it that much better.

I take friends to every opera in the COC season, whether they want to go or not, he laughs. They might get a little bored at baroque or early classical operas, because the text can be repetitive and they wonder, Why are they talking and not doing things? So some of the heavier Germanic works are more enticing dramatically.

But we need to spread our love to other young people.

On the other hand, Hayden feels older audiences need to be educated in a different way and not be snobbish about the art form.

I was at Glyndebourne [in the UK] earlier this year and was chastised for not wearing a tuxedo, he says. I was wearing a blazer, dress pants and a tie, and several people came up to me and asked if I needed a place to change into my tux.

All four appreciate the anything-goes wardrobe attitude at the COC, as well as things like the Under 30 discount program and the Opera Club, a young professionals patron program where Di Pede is currently co-chair.

The Metropolitan Opera broadcasts are a contentious issue. Di Pede admits she likes watching them with her grandmother who has mobility issues. And Kotovych says seeing an opera at the movie theatre might intrigue someone enough to want to seek out a live performance.

Plus, a movie theatre is a more familiar place than an opera hall, he says. You can start there and then move on to the Four Seasons.

Black argues that the Met broadcasts are fine, but mostly for people who dont have access to live opera. And Hayden points out that many people have cut down their opera-going because they feel they can watch something onscreen, even though the movie price could be more than double what youd pay for a standing room ticket at a live opera.

He also says local opera companies are missing out on a big marketing opportunity by not promoting themselves at these broadcasts. In fact, some opera companies are doing innovative things to attract new audiences, like moving outside traditional theatre venues and changing their season to a festival format. Theres also price.

Opera Philadelphia lets you pay for a subscription in monthly installments rather than in one lump sum, he says. I see a lot of opera, concerts and Im a big hockey fan, too. Sometimes I think, Am I going to be able to eat this month? Its not just millennial whining. Making things easier financially is a great way to bring more people to the opera.