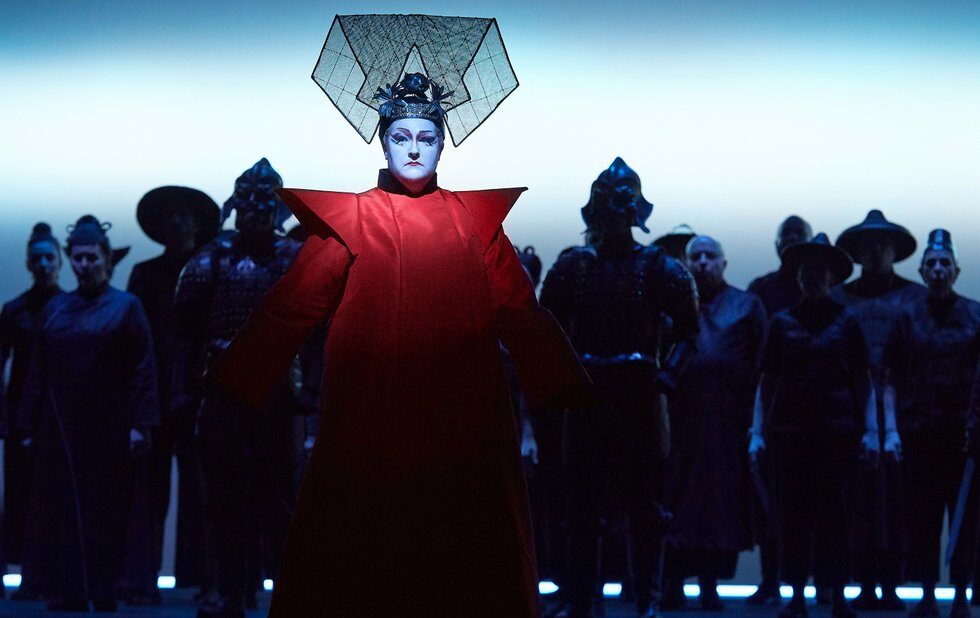 The Canadian Opera Companys Turandot appeals to the eyes, ears and intellect, but not the heart. Thats a shame, because Puccinis score, complete with the ubiquitous aria Nessun dorma, overflows with emotion.

After all, the opera includes characters who literally risk their heads and sacrifice themselves all in the name of love. The word love even plays a key role in the story of the eponymous Chinese princess (Tamara Wilson) whose potential suitors, including Calaf (Sergey Skorokhodov), will be executed if they cant solve three riddles to win her hand.

Not that director Robert Wilson cares about any of that earthly passion.

Drawing from the same bag of tricks hes used in many of his legendary stage productions over the past few decades, Wilson who designed the sets and lighting concept offers up stark, stunning images of glowing orbs, gnarled forests, blood-red backdrops and white lasers to create hypnotic, almost dreamlike vistas.

And apart from a distracting and completely unnecessary bit of business featuring moving screens in the first act, the designs work, even if the effect is chilly and cerebral.

Less successful is the way Wilson directs the performers.

Each character faces forward, barely moving their limbs. The result makes them seem less flesh-and-blood than automaton. When characters profess their love to each other, or when they are meant to strike gongs or unsheathe knives but remain immobile, the effect is risible. When a character dies, head tilted ever-so-slightly (and a bit of shadow falling over her face), it merely looks as though her battery has run down.

Thankfully, the singing and playing evoke the passion absent in the staging. Joyce El-Khourys silver-voiced Liu exudes devotion and modesty, while Joel Allison and David Leighs bass voices ground the production as a Mandarin and Timur.

Adrian Timpau, Julius Ahn and Joseph Hu animate their Jim, Bob and Bill changed from the stereotypical-sounding Ping, Pang and Pong with rich, resonant voices and a variety of physical gestures that evoke the commedia dellarte figures Wilson intends.

Skorokhodovs Calaf, meanwhile, makes a determined, if not exactly ardent, suitor, his throaty tenor dashing off the operas most famous number with ease.

But the glory of this production is Wilsons Turandot. Looking imperious in Jacques Reynauds severe, structured costume, her face expressing both fear and hostility, Wilson moves through the opera like an avenging spirit. (She literally looks like shes floating at times.) And her dramatic soprano is suitably terrifying in its precision and diamond-like clarity.

Conductor Carlo Rizzi and the COC orchestra cast their own spell, capturing the fairy-tale-like feeling of the score and its rich harmonies. And under Sandra Horst, the chorus is a distinct character unto itself, especially in the early scenes where it gives voice to a bloodthirsty mob, a feeling that is only too familiar during this particularly divisive election month.