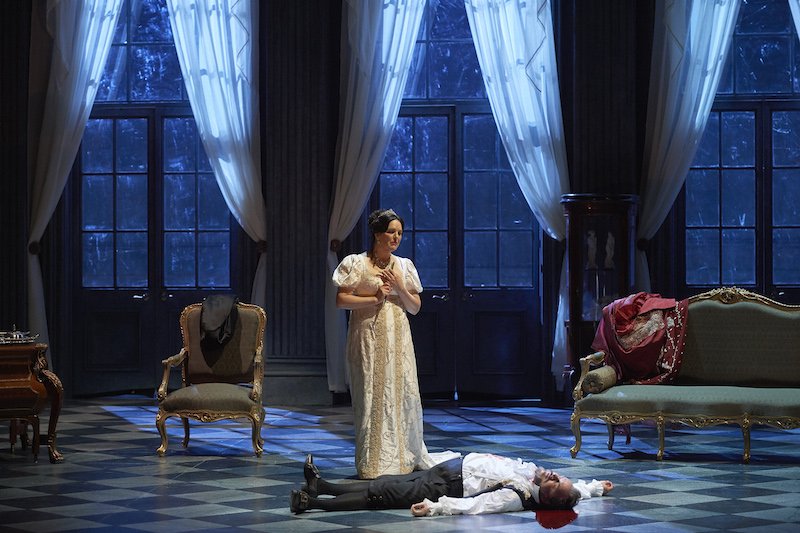 What a difference five years makes. Toronto superstar soprano Adrianne Pieczonka sang the lead in Tosca for the Canadian Opera Company back in 2012. While she was vocally superb, her dramatic interpretation of Puccinis jealous, pious and ultimately courageous diva didnt yet feel complete.

Now, however, in a rich remount, shes thought through the role so well that Toscas motivation is evident from the moment she enters. Ive never thought of Pieczonka as an especially physically expressive performer, but what she does in her first scene scurrying around the chapel, where her lover, Cavaradossi (Marcelo Puente, who alternates with Kamen Chanev), is painting, adjusting her scarf, playing with her handbag is just right to suggest Toscas insecurities.

And things only get more fascinating as she becomes enmeshed in a plot that includes an escaped political prisoner, Angelotti (Musa Ngqungwana), and the lecherous police chief, Scarpia (Markus Marquardt, alternating with Craig Colclough), who will use her and Cavaradossi to get his man.

The operas notoriously been called a shabby little shocker, but its dramatic appeal is undeniable.

This is the kind of opera where you practically dont need the libretto to know whats going on. Its all in the score, full of motifs to suggest everything from bold pursuit to tender affection, and Keri-Lynn Wilson, the first woman Ive seen in the COC pit, effortlessly gets rich results from the orchestra.

Director Paul Curran helps move the drama along efficiently, from intimate duets to the grand Te Deum that ends the first act and the sadistic torture sequence in the second act, all effectively realized in Kevin Knights set.

Pieczonka, who alternates in the role with Keri Alkema, has a great partner in Puente, whose heroic stature and voice make him very appealing, and Marquardt, whose slimy, sneering Scarpia the operas most intriguing character is deliciously evil. Even Joel Sorensens weaselly police agent, Spoletta, is watchable and fully realized.

Marvellous melodrama, and a great first opera to see if you’re new to the art form.