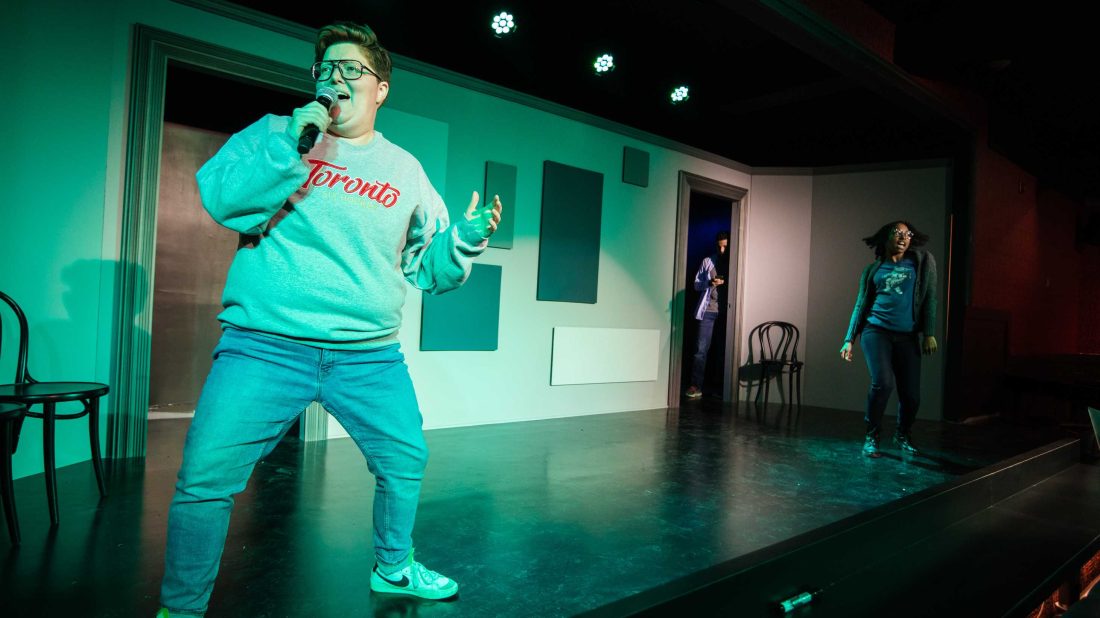 Comedians have been some of the hardest hit by the COVID-19 pandemic. Sure, many of them have done Zoom sets and outdoor shows and, if they’re lucky, transitioned to TV, film and commercials. But their act requires a living, breathing audience packed into smallish spaces – the more packed, usually, the better. Not exactly conducive to pandemic protocols.

So while we’re going through yet another lockdown, I decided to talk with three of the country’s finest comics and comic actors: Tricia Black is part of the Second City’s mainstage troupe; Matt Wright is a Juno-nominated stand-up comic from Newfoundland; and Keith Pedro is an actor and comic from Toronto.

In my recent roundup of the best Canadian comedy albums of 2021, I included Wright’s Here Live, Not A Cat and Pedro’s Trillipino. And in December I got to see Black take their comedy to a new level as one of the breakout stars of Second City’s new revue Welcome Back To The Future at the new Comedy Bar Danforth.

Among the things we discussed were the changes they all had to deal with at various stages of the pandemic: stanchions or plexiglass separations between the comic and the audience; dealing with depression and anxiety; and how much of one’s act should be pandemic-related.

“The only thing that would throw me off was there was always a new set-up [at a comedy club],” says Pedro. “The London Yuk Yuk’s had a glass [barrier] up at one point. That was weird. Telling your jokes was like pumping gas past midnight in a bad neighbourhood.”

And back in December, Black remembers performing to a room full of people, many of them unmasked even though they weren’t drinking or eating.

“I sang in the show, and there were nights where I fully spit on the audience,” says Black, laughing. “But it was right before Omicron, and we were all starting to feel a little bit more safe. For me, it felt good knowing everyone was at least vaccinated. Everyone had done everything they possibly could to mitigate what was going on.”

Pedro, who released a pandemic-related album called The Vaccine in 2020, admits that people turn to comics to make them laugh when they’re depressed.

“So we have to put that depression down and bury it and make all these people laugh,” he says.

Black remembers the first couple of previews of the new mainstage show, which officially opened on December 9 before closing 10 days later.

“I hadn’t felt that kind of energy from an audience in so long – even from before the pandemic,” they say. “It was like a group of people who were, like, ‘We need this more than you need this.’ It’s in our blood and bones to want to entertain people, to bring our gifts. It’s hard, though: ‘Okay, I’ve got to push it down a little bit.'”

Wright, who opens up about his own struggles with anxiety in his new album, says he didn’t buy into this approach.

“Maybe I”m selfish, but this idea of ‘Oh, it’s up to comedians to… make other people laugh,’ I hope other comedians are doing that. That’s way above my pay grade. I took three months off and did nothing. I did puzzles. I played so much FIFA. I tried to stop my puppy from eating things. I will cherish that period, because it gave me room to process stuff.”