Podcast: DaBaby, Matt Damon and the difference between “cancel culture” and consequences

In the latest episode of NOW What, TV writer and journalist JP Larocque discusses celebrities under fire over homophobic remarks 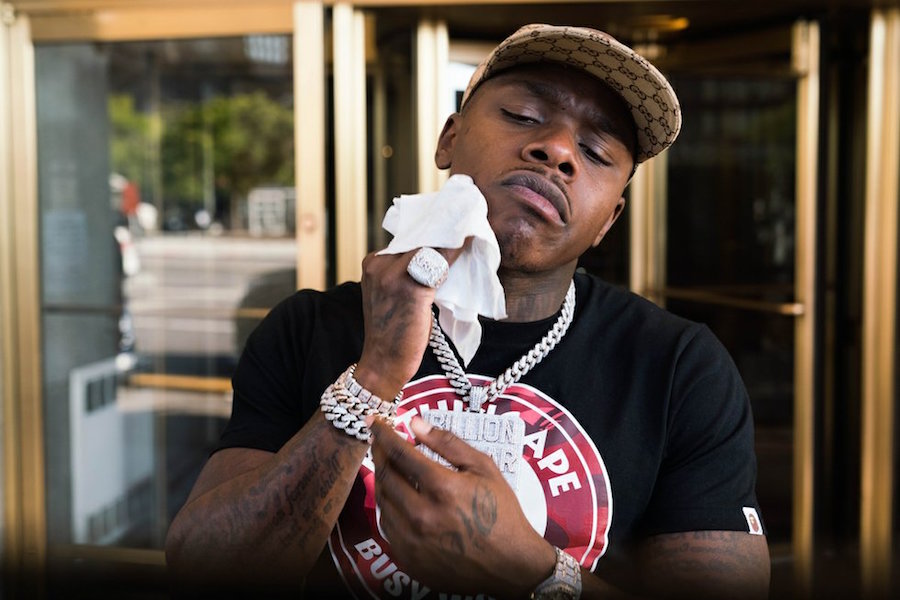 Festival promoters dropped DaBaby from lineups after he made false claims about HIV.

NOW What is now weekly! Our news and culture podcast has switched to a magazine format, with host Norm Wilner (who is me, I know, it’s weird) and the NOW staff tackling an assortment of news and culture stories every Friday.

Today’s episode – available on your podcast platform of choice, or streamable at the bottom of this page – opens with a look at the wave of celebrity apologies that’s been rolling across social media this week. (It also features an audio version of culture editor Radheyan Simonpillai’s conversation with Never Have I Ever star Maitreyi Ramakrishnan.)

JP Larocque, a television writer (Coroner, Jann, Diggstown) and journalist (the Toronto Star, the Walrus, Xtra) joins Norm to discuss rapper DaBaby’s multiple apologies after his homophobic statements at a Florida music festival, and how the public reaction to that was markedly different from the response to Matt Damon’s attempts to clarify his garbled proclamation of queer allyship in an interview with the Sunday Times.

Damon faced a backlash after he told the reporter that he decided to stop saying “the f-slur for a homosexual” after his daughter wrote him a letter in response to a joke he made. He later said in a statement to Variety, “I do not use slurs of any kind.”

“When the original story broke around what [DaBaby] said on stage,” Larocque says, “the first thought I had was: ‘This story feels so dated, doesn’t it?’ Like, an artist took to the stage in 2021 and decided to be misogynistic, homophobic and say a bunch of incredibly outdated things about HIV and AIDS. It’s something you would expect like Axl Rose to say in 1991.”

During a performance at the Rolling Loud festival, the North Carolina MC urged everyone in the audience to put their phone lights up – unless they were HIV positive or are gay men who have sex in parking lots. He also falsely said that HIV will “make you die in two or three weeks.”

Several music festivals subsequently dropped him from their bills, including Lollapalooza.

“He is entitled to say whatever he wants to say,” Larocque laughs. “Go ahead and say it! Are you entitled to a large-scale performance venue in front of, like, specific crowds? You’re not! That organization’s going to make choices for itself in terms of who performs [for them] and who doesn’t.”

Right-wing media has spent the last decade or so promoting the concept of “cancel culture,” with FOX News anchors telling their viewers that the liberal media lies in wait to derail their careers for the slightest misstep. (Remember how they railed against political correctness in the 90s? Same thing.)

“People always talk about cancel culture, like, ‘So-and-so is getting cancelled, and so-and-so is getting cancelled, don’t you see how the liberal media is doing all this stuff to destroy people?’” Larocque says. “Mel Gibson is still getting work! Kevin Spacey is still getting work! Harvey Weinstein ended up in jail, and Cosby ended up in jail – he’s out of jail now – all of these different individuals… they face consequences. They lost their HBO shows or their big bookings; [that’s] the consequences of their actions. But it’s not like anyone has necessarily destroyed their lives. They still have careers. They are still going on and existing in ways that many of the people they traumatized and hurt are not.”

Celebrities can still say dumb things and recover, of course. (The Sunday Times interview wasn’t even the first time Matt Damon has bungled the whole allyship thing.) But in a world of smartphone cameras and ubiquitous video sharing, it’s a lot harder for someone to shrug off the impact of truly awful speech.

“We just live in a time of increased visibility,” Larocque says. “Everything you do and everything you say is seen by more people, and also recorded most times. As a result, you have to be aware of what you say and how that can travel and impact people. I think, too, it’s also the idea that people who previously weren’t being held to task for the things that they were saying – who had a certain amount of privilege and protection, which was keeping them from facing consequences – are now subject to consequences.”

How do you stop the next DaBaby from saying ignorant, awful things about gay people? Well, you start by working to combat ignorance in the first place.

“There is a part of the conversation that is always about additional education,” Larocque says, “about speaking [to people] about these things and understanding HIV and AIDS and the conversations around that. I’m not going to die [from the virus] in like two to three weeks or whatever nonsense he said.”

That said, people have to be willing to learn. In DaBaby’s second apology, posted on Instagram, he argued that rather than public shaming, “what I needed was education on these topics and guidance.” Larocque has some thoughts on that too.

“I feel like a lot of these individuals aren’t necessarily interested in learning or listening until they face consequences, right? So it’s a bit of a loop.”