Charlotte Day Wilson, the Comfort Zone, Raven's Vision and Blockorama are also getting in on the online action this year 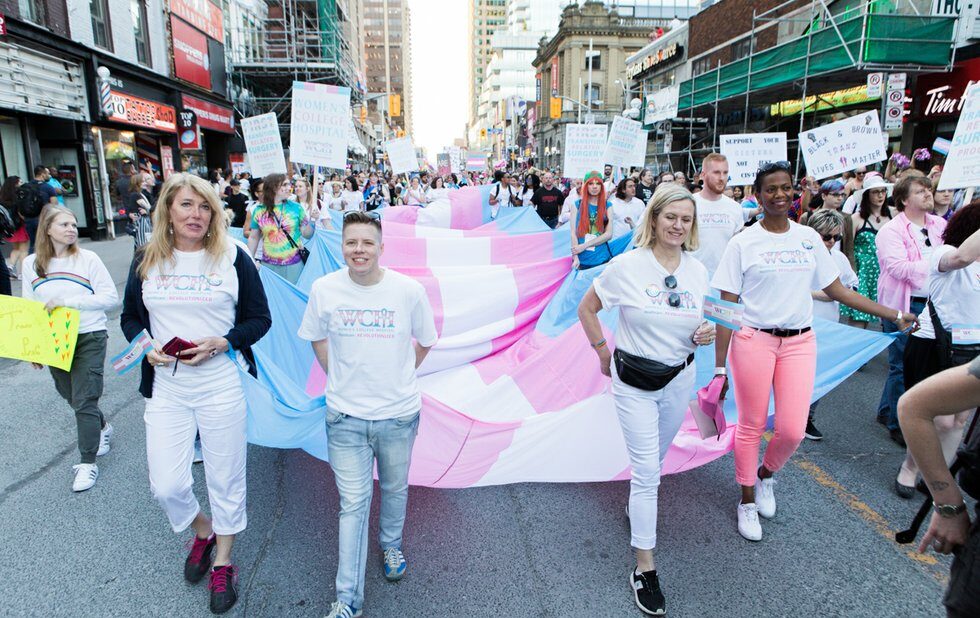 The Trans March and Dyke March are shifting online.

The Pride Weekend traditions are the latest events to go virtual, after Pride Toronto announced last week that the Pride Parade would take place online after the city revoked event permits through the end of June due to the coronavirus pandemic.

Virtual Pride Festival Weekend runs from June 26-28, though events will take place throughout the month of June in the lead up.

The Trans Rally and March, one of the world’s largest, will kick the weekend off on June 26. This year’s theme is “Kinder and Stronger Together.” On June 27, the Dyke March will go virtual under the theme “We’re Still Here.” As previously announced, the Pride Parade happens online at 2 pm on June 28, and will be followed by a virtual dance party featuring surprise performances.

Highlights from this year’s virtual Pride Month lineup includes an afternoon dance party with Toronto musician Charlotte Day Wilson on June 21 the Afrobeat, soca and dancehall party The Link Up with DJs Soulsis and Razaqeltoro.Onkoya on June 18 Creating the Rainbow, panel of queer artists organized by the Power Plant on June 25 and Hamilton Pride on June 13.

Music collective Raven’s Vision is hosting a rave on June 20 and recently revived after-hours spot Comfort Zone is also going online with a three-hour party on the same day.

Pride Toronto will also host weekly virtual segments on various online platforms throughout June that are less about partying and more about community and “light, at-home entertainment.”

Check out the lineup, including dates and times, here.