Priyanka always knew she was born to entertain – she just didn’t realize she’d find success as a drag queen.

“I went from zero to 100,” she says. “I came into drag so hard and built up a name so quickly that it just kind of became routine.”

Her timing couldn’t be better. RuPaul’s Drag Race has expanded the audience for drag, turning a performance once relegated to gay bars into a cottage industry. Beyond the economic trickle-down effect, Priyanka gets satisfaction from knowing queer kids in the suburbs have greater access to drag than ever before.

“It’s great to not only entertain the regular folk, but also make people like me feel included, loved, entertained and understood,” she says. “It’s really cool that Mary from Whitby is coming to see Priyanka the drag queen in Toronto because then she’s going to go back home and tell her little straight kid named Bradley that drag queens are cool.”

Canada’s Drag Race doesn’t air until next year, but now that everyone needs a drag act for their wedding, ad campaign or annual general meeting, a hard-working performer can keep busy beyond Pride Month.

This year, Priyanka has flown to Yellowknife to host a Pride party and opened for rising pop star King Princess at Danforth Music Hall. “I was treated as an equal artist amongst the artists,” she says of the experience. “I think there’s going to be a huge wave of drag queens opening for pop stars.”

It’s appropriate booking for Priyanka, who describes her style as pop-star drag. “I don’t know if there is a true title that you could slap on me,” she explains. “I’m like a mashup of every kind of queen. And if that doesn’t suit you, it doesn’t suit you.”

Check out our 2019 Readers’ Choice cover featuring Priyanka below and the full list of winners here. 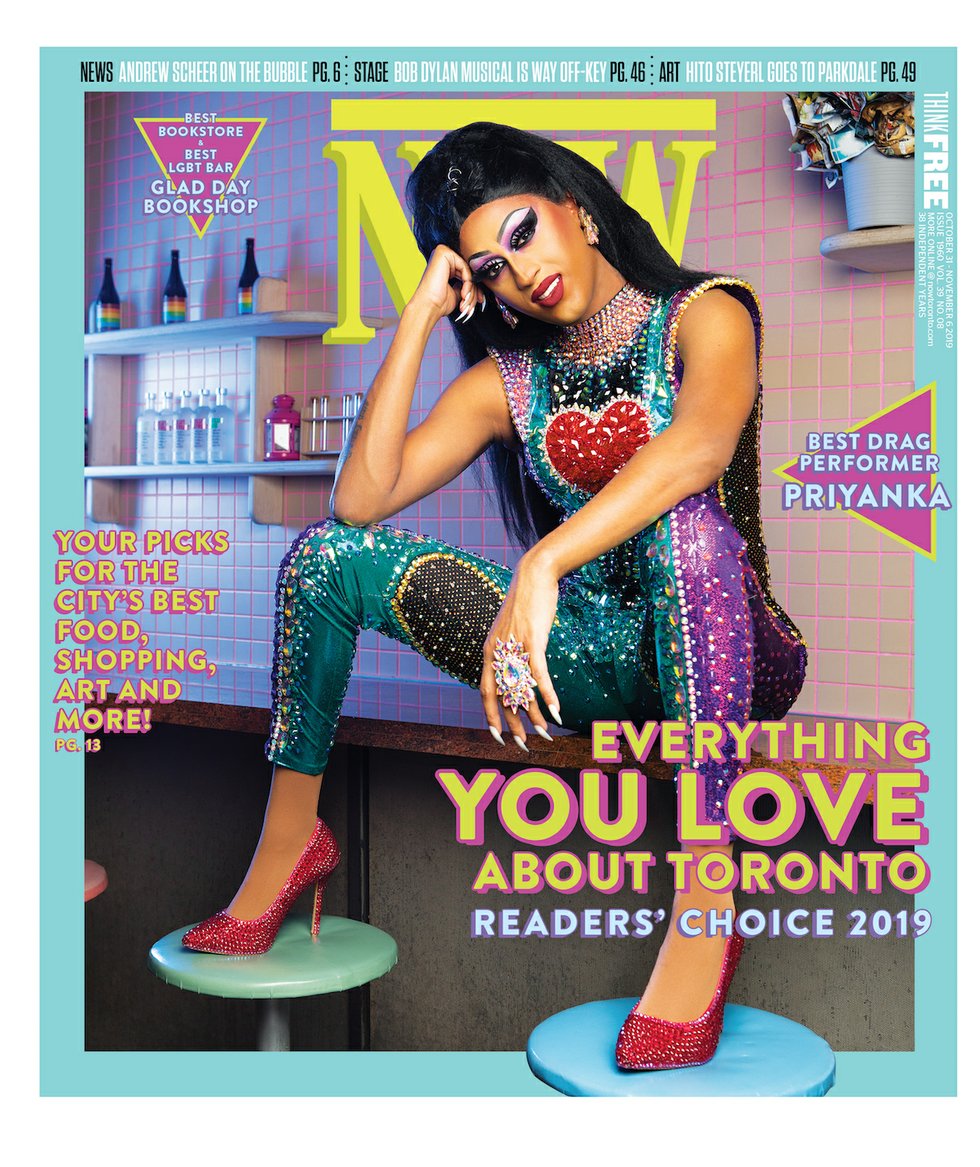