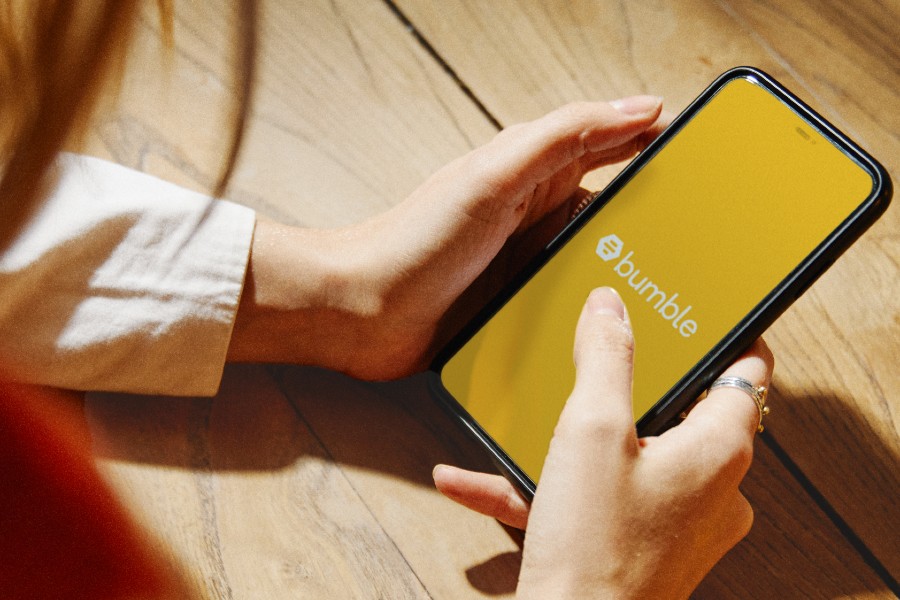 Toronto women seem to like making the first move. That’s the whole premise of Bumble (at least for straight daters) where conversations cannot begin until the woman initiates it. Bumble has expanded beyond dating in recent years to include opportunities for matches unrelated to romance, like networking and platonic relationships. For millennials living in cities, making new friends can be just as challenging as finding someone worth dating.

Live a day (or many days) in the life of a local jazz and blues musician by hitting follow on Heather Luckhart’s Instagram. Whether she’s riding a water-spewing dog statue at Berczy Park, hitting the recording studio or just making soup, you can go along for the ride.

Morgan Cameron Ross’s feed devoted to archival images of the city is among the most popular – with 109,000 followers – on the Gram. Toronto history has become a popular genre on the photo-sharing app, and Old Toronto’s mix of archival cityscape shots, pop culture moments and neighbourhood-centric videos have attracted brand sponsorships, allowing Ross to quit his day job as a songwriter.

If you like mouth-watering photos of beautiful junk food like pizza, smash burgers and lobster hot dogs populating your Insta feed, you’re going to want to throw a follow to @eatfamous. Ryan Hinkson is the man behind the lens (and sometimes in front of it), and he’s happy to throw his personality out there too. Fun fact: his favourite pizza topping is potatoes.

Pat O’Rourke, the self-taught photographer behind @Chilligansisland, is clearly an outdoors type. His Instagram is filled with pics and videos of him biking, skateboarding or generally finding himself at the best spots to capture birds flocking in apocalyptic looking patterns around the CN Tower, a doe grazing in cottage country during golden hour and those magenta Toronto skies that so frequently break the app.

Photographer and dog walker Jack Jackson is a past winner with @doggydatestoronto, which brings their two callings together. They create heavenly portraits of furry friends posing, smiling and leaping across Toronto shores. Jackson makes it look easy, getting energetic pets to stay, lay down and hand over their paw long enough while they get the light and angles just right.

A standout in the world of dating apps, Lex has no profile photos – or cis men. Aimed at lesbian, bisexual, non-binary, trans, genderqueer, intersex, Two Spirit, asexual and queer people, it’s entirely text based, making it a throwback to old-school newspaper personal ads that many queer people used to meet before the internet was a thing. It’s a refreshing take on online dating, which has become so focused on optimal photos and looks.

More than 16 million people have fallen in love with Leenda Dong, a TikTok persona created by former YouTuber Linda Dong. With her hair in a messy bun, glasses perched precariously on her nose and affecting an exaggerated accent the Vietnamese-Canadian content creator has perfected the art of making people laugh with just a facial expression or well-timed splice. Of course, that hasn’t cleared her from accusations of minstrelsy (no, that’s not her real accent).

TikTok has become a unique avenue towards music discovery, and Akintoye’s account is one of the best examples of that phenomenon. Stumble upon the local rapper’s mile-a-minute flow on your For You page and you’ll be hooked right away. Next thing you know, you’re watching all of his verses – duetting with producers, showing up the rap skills of Dwayne “The Rock” Johnson or even turning Squid Game’s musical score into a certified banger.

Wardell is lucky enough to play video games for a living, and you can take a first-person shotgun ride with the Valorant pro on his Twitch stream. When he’s not competing in the TSM FTX eSports league (or sometimes when he is), you can find him in the little corner box playing against some of Twitch’s other favourite gaming stars.

Canadian decorator Alexandra Gater is all about walking you through budget-friendly and renter-friendly DIY hacks to make your condo or apartment look Instagram or Pinterest-ready in a hurry – so perfect for people in Toronto. She’s so engaging and easy to follow, you might find yourself with a ruler and pencil in your hand whether you meant to or not.

This note-taking app is designed with creatives in mind, so it’s more visual than the yellow legal pad or Post-It-mimicking note apps you’re used to. You can create mood boards, drag around visual references and diagrams, work from built-in templates and collaborate remotely. Now is certainly the time.

Wealthsimple is the standard-setter for a new crop of personal finance services geared towards millennials. It’s a user-friendly, attractively designed app that builds the realities of being an urban-dwelling 20- or 30-something into its investment and financial planning tools. No avocado toast shaming here.

You Need A Budget (YNAB)

Online recipes are supposed to make it easy to decide what to make for dinner, but sometimes you find yourself scrolling through multiple sites and long personal preambles to find out your chosen dish includes provisions that aren’t in your fridge. SuperCook simplifies that search. It’s essentially a recipe-only Google, sifting through sites to give you recipes based on the ingredients you already have.

This app has gotten hundreds and thousands and millions of mindfulness-curious beginners into meditation, and it continues to expand its empire. Now you can hear its guides’ soothing British accent from the app to Jimmy Fallon to Netflix, where Headspace has its own series of streaming meditation guides.