Review: Fantasma has the potential to bring new audiences to opera

Ian Cusson and Colleen Murphy's one-act opera about kids, ghosts and a struggling carnival will haunt you 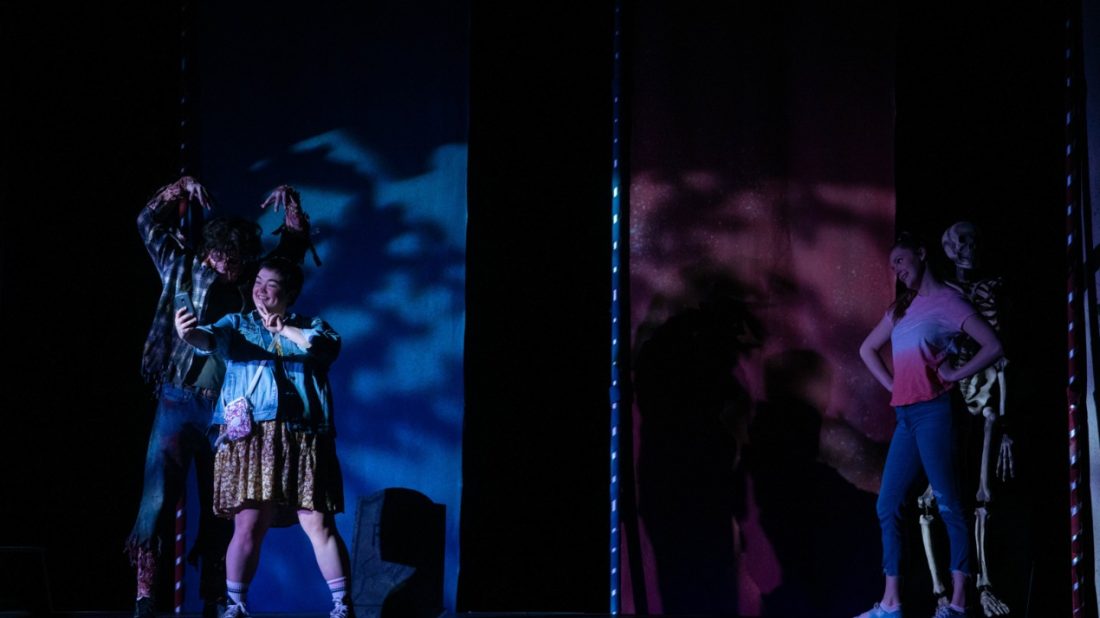 Alex Halliday, Midori Marsh and Jamie Groote could be in a Scream movie.

Opera companies are constantly wondering how to woo new and younger audiences to their art form. Ian Cusson and Colleen Murphy’s Fantasma could do the trick. It’s got a talented young cast, an atmospheric score, a clear and accessible English libretto and a setting and plot that wouldn’t be out of place in a Scream movie (okay, a Scream movie without the gore).

Tweens Léa (Jamie Groote) and Ivy (Midori Marsh) aren’t too excited about meeting Léa’s mom, Manon (Charlotte Siegel), at a passé travelling carnival. Folks at the carnival, meanwhile, including barker Emile (Owen McCausland) and owner Ms. Palladino (Simona Genga), aren’t pleased with business, so Emile comes up with an idea to create a social media sensation involving the ghost (Jonah Spungin) in their Fantasma act. It works, drawing more customers, but there might be something more sinister lurking in the carnival than a fake ghost.

Even at a brisk 45 minutes, Cusson and Murphy pack a lot into the opera, including Ivy’s crush on Noah (Alex Halliday), who’s got a job at the carnival, and a scene-stealing sad clown named Tino (Vartan Gabrielian) who keeps botching his balloon act. But there’s real pathos in another plot point about a secret the girls witness and their decision to reveal it to others. There’s also a powerful scene about women’s roles involving Manon, a single mom, and entrepreneur Ms. Palladino.

Music director Frances Thielmann, who also plays the piano, and McIsaac get spirited performances from all the singers. McCausland and Genga have such strong, powerful voices they could entice strangers a block away to come to this carnival. Groote and Marsh, meanwhile, make believable young friends, their voices blending beautifully as they gossip, take selfies or deal with their secret finding.

And the young Austin Buckley, who alternates in a role with Olivia Pady and Ari Shparber, delivers a performance that will haunt you long after you leave the theatre.