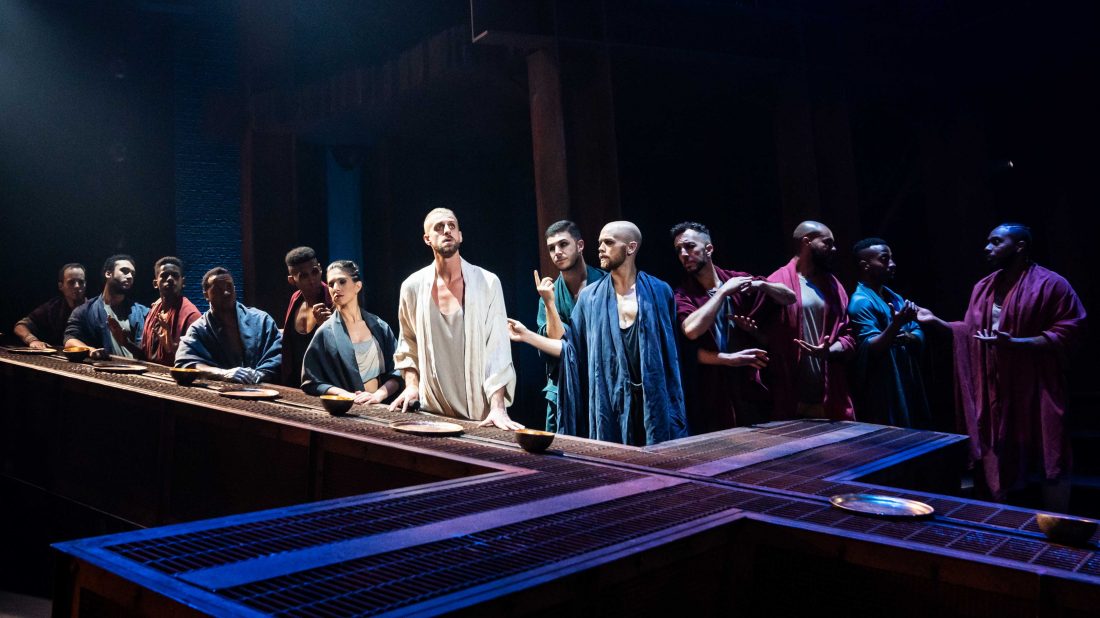 I never realized how affecting those glorious, gleaming, life-affirming major chords from the title track of Jesus Christ Superstar were until they rang out triumphantly yesterday at the Princess of Wales Theatre.

After more than a year-and-a-half of mostly being dark and silent, the theatre was jolted back to life, and this well-known anthem felt like a celebration for enduring.

That’s fitting, because Andrew Lloyd Webber and Tim Rice’s 1970 musical has certainly endured itself. This 50th Anniversary Tour launched last year in the UK, and is currently criss-crossing North America. (The show made headlines when one of its leads was arrested for allegedly taking part in the January 6 riots at the U.S. Capitol. Another actor has since stepped into the role.)

You’d never know it was half a century old. The completely sung-through show – Lloyd Webber has likened it to an oratorio – features a mix of rock, R & B and pop to tell the story of the passion of the Christ, mostly seen through the critical eyes of Judas. Neither the story, nor the tunes, nor the design, feel dated.

What director Timothy Sheader has done, however, is take that word “superstar” in the title pretty literally. Characters play around with microphone stands like glitzy Vegas headliners; some costumes are covered in sequins; and two of the most disturbing moments in the show get a symbolic tweaking involving glitter and the image of a loose, hanging body mic. Speaking of microphones, one character even attempts a mic drop.

You need terrific chemistry between Jesus Christ and Judas, and this production has it with Aaron LaVigne and Tyrone Huntley in the roles. Huntley, grasping that mic at the top of the show, acts as narrator, critiquing his friend’s motives as he amasses followers, takes up with Mary Magdalene (Jenna Rubaii) and prophesizes how he will be denied, betrayed and ultimately killed.

Huntley exudes a nervous energy as he watches over his friend, his steely voice cutting through some insanely high passages with ease. LaVigne, meanwhile, communicates his inner struggles with a quiet, knowing dignity, his exhaustion and despair coming through in the show-stopping mid-point number Gesthemane.

Rubaii’s Mary delivers her numbers with grace and strength, her steady, gorgeous voice acting like a balm. (I’m sure I wasn’t the only one hoping her Everything’s Alright applied as much to the pandemic as Jesus’s struggles.)

As for Jesus’s antagonists, Alvin Crawford’s suspicious high priest Caiaphas has a big presence and an even bigger, booming voice; Tommy Sherlock makes a menacing, slick Pilate; and Paul Louis Lessard nails his vaudeville-esque Herod number (wait until you see his back-up dancers for a terrific in-joke).

Drew McOnie’s choreography is an essential part of this production, whether it’s capturing the den of thieves with superficial flash or the animalistic frenzy of citizens demanding Jesus’s crucifixion.

Tom Scutt’s designs work beautifully. The band plays on a second level, but characters occasionally peer down at the action below. And a large cross-shaped platform works effectively to highlight scenes, especially one in which Sheader references the last supper. The costumes sport clever period details but still feel contemporary. And in one scene that might confuse, Scutt has the ensemble wear Roman masks so the audience knows who’s doing what.

I’ve seen some productions use titles to set up scenes and characters. That might have helped in this version. The big difference between now and 1970 is audiences likely know more about musical theatre than they do the Bible. But I guess they can always consult Google on their way out.