Despite some technical issues, Chicago and Toronto sketch performers get big laughs from being in lockdown 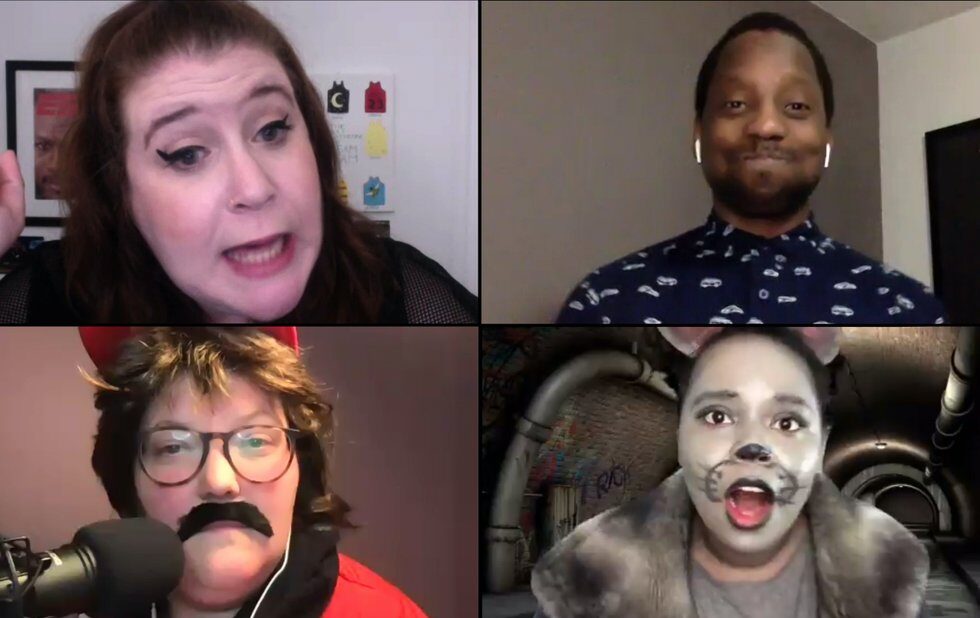 Some technical glitches obviously need to be worked out, but Second City’s new weekly sketch show, Helter Shelter, which launched last night, gets lots of laughs out of the chaos that is life in quarantine.

Drawing on the considerable talent pools of both Second City’s Chicago and Toronto companies, the show feels like a genuine sketch show, complete with topical references (the Animal Crossing phenomenon, Shanghai Disney World reopening), the occasional videotaped segment, some audience participation and lots of improvised moments.

It’s just, as the promotional material says, delivering comedy “from the discomfort of your own home.”

Toronto alum Nigel Downer was one of three hosts remoting in (the others were Chicago’s Mary Catherine Curran and Alan Linic), and their duties and comic chemistry will likely be fine-tuned for future shows. Live comedy relies on split-second timing, and sometimes their interjections and responses felt a little out-of-synch. But again, first time.

One of the show’s funniest segments – it has the potential to be recurring – is a mock game show hosted by Downer called How Many Days.

Downer asked contestants Tricia Black (from Toronto) and Asia Martin (from Chicago) to accurately guess how many days it’s been since A) Tiger King was released on Netflix (Black’s “21 tears in tiger” was brilliant) and B) Anderson Cooper became a dad to a new son.

Another segment, called Quarantine, But Make It Fashion, featured Martin and Curran as two women critiquing celebrities caught in fashion faux pas during lockdown. This sketch also included some lively audience participation from Ottawa viewer Zoe. (Note: one of the best features of the show is how the Raise Hand function on the Zoom screen makes audience participation easy.)

A pre-taped segment featuring Toronto’s Chris Wilson as a dude who’s become painfully philosophical wandering the empty streets during the pandemic was well written, but the sound wasn’t in-synch, so the laughs didn’t land as hard as they should have. Wilson also scored as Tom Hanks during one particularly surreal scene, with Black, in backwards baseball cap, playing Hanks’s and Rita Wilson’s black sheep rapper son, Chet.

Not every joke landed in the show, but that’s usually the case with live comedy. It also would have been nice to have had an early glimpse of where the improvised music was coming from.

But based on this, I’d happily tune in every Thursday night for this show (there are other Improv House Party shows happening the rest of the week), especially since the casts will be rotating.