From fearless young dancers to a kickass comedy curator and several theatre veterans, here are some big talents heating up this season 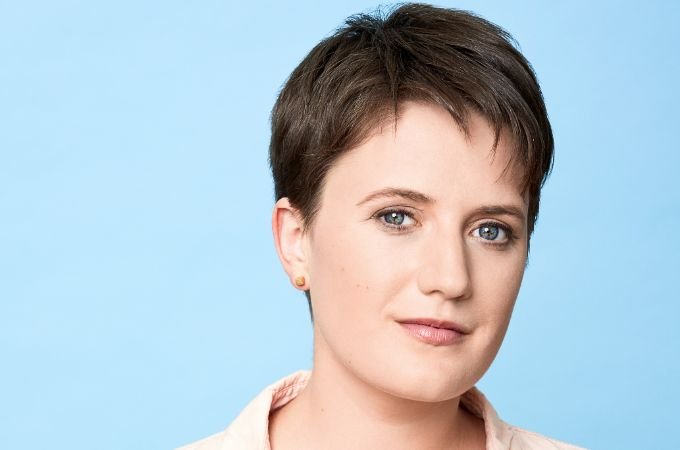 What: Actor in the Howland Company/Crow’s Theatre’s production of The Wolves, October 9 to 27 at Streetcar Crowsnest (crowstheatre.com)

Why: With the exception of a supporting role in Hannah Moscovitch’s Bunny, Cairns has spent 2018 bringing nuance and originality to Shakespeare on Toronto stages in Tarragon’s Hamlet and Canadian Stage’s two High Park shows, Romeo And Juliet and A Midsummer Night’s Dream. Next month, Cairns joins the large ensemble of the Howland Company’s Toronto premiere of Sarah DeLappe’s The Wolves, about a girl’s soccer team, so she’ll get an opportunity to speak some 21st-century language. The cast is a who’s who of (mostly) 20-something female (and genderqueer) Toronto actors, and we can’t wait to see what dynamic the grounded Cairns brings to the team. 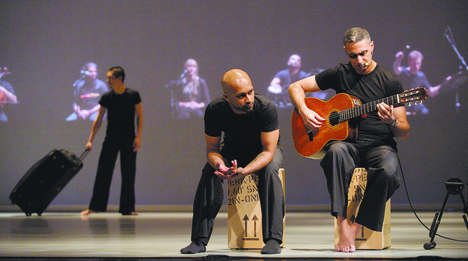 Akram Khan (centre), who collaborated with Nitin Sawhney on Confluence several years ago, is back this season for Xenos, one of his final stage performances.

What: The solo dance work Xenos, October 18 to 21 at Bluma Appel (canadianstage.com).

Why: Now 44, the UK-based, ever-touring Khan has said this is one of his last choreographies in which he will dance a feature role. By all accounts a meditation on war from the perspective of a First World War vet, Xenos seems conceptually and physically rigorous, an endurance performance for an exquisitely eloquent performer. Text for the production is by local superstar Jordan Tannahill, who’s been based in London for the last year. 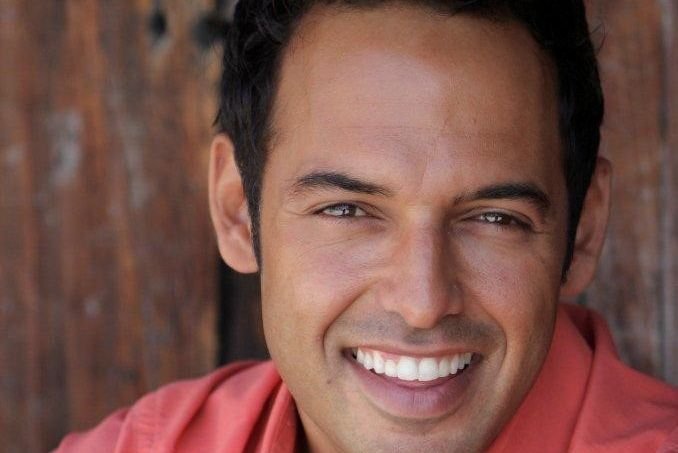 Why: Weeks after the news report that Majumder was let go from his long-running gig on CBC TV’s This Hour Has 22 Minutes after suggesting to the show’s producers that the show could be funnier, the Newfoundland-born comic added a Toronto spot on his Hate Tour. Will it include some This Hour digs? Can’t wait to find out. It’s been a long time since he’s done a solo show (we recall seeing him back in his Rivoli days), and he’s one of the best. 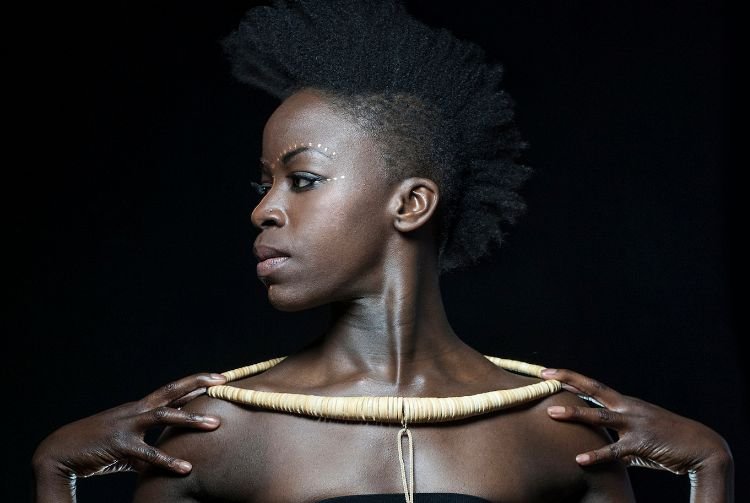 What: Choreographs and performs in the full-length work Shades, September 27 to 30 at the Factory Theatre (factorytheatre.ca).

Why: Shades looks at intra-racial discrimination, the sometimes subtle “shading” that occurs in many communities around the world based on skin tone. Mensah, who recently wowed audiences at SummerWorks, has a gift for devising accessible movement (she regularly works in the commercial sector, and has a background in West African forms and hip-hop), using dance as a tool for confronting ugly or difficult truths. But her work generally also holds space for understanding and healing. 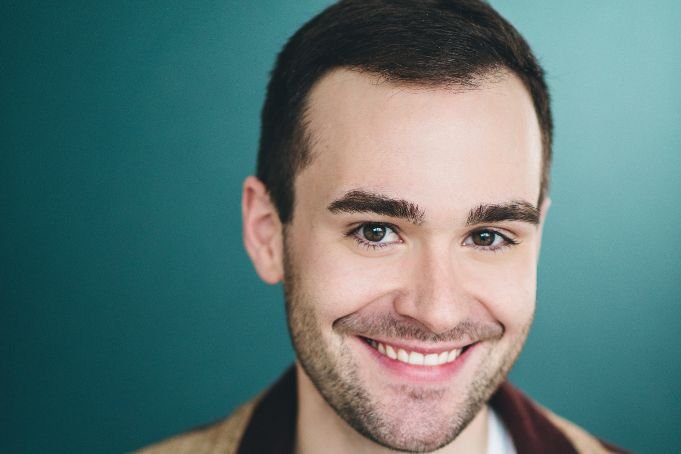 What: Writer/performer of Pearle Harbour’s Chautauqua, October 11 to 27 at Theatre Passe Muraille (passemuraille.ca)

Why: Charging into battle/performance in a series of crisp military-styled ensembles, Pearle Harbour is one of Toronto’s most successful drag theatre personalities. The brainchild of writer/performer Miller, she’s fearless, well-read, introspective and empathetic. Her Chautauqua, a revival tent experience where Pearle subverts the stereotypical demagoguery to connect with audience members one on one, won the NOW Magazine Audience Choice Award at SummerWorks 2017. For this revival, the tent will be erected in the Passe Muraille Mainspace, and you’ll want to book tickets soon it’s a tent experience, but the tent isn’t so big that everyone can cram in (remember it sold out its run at SummerWorks). 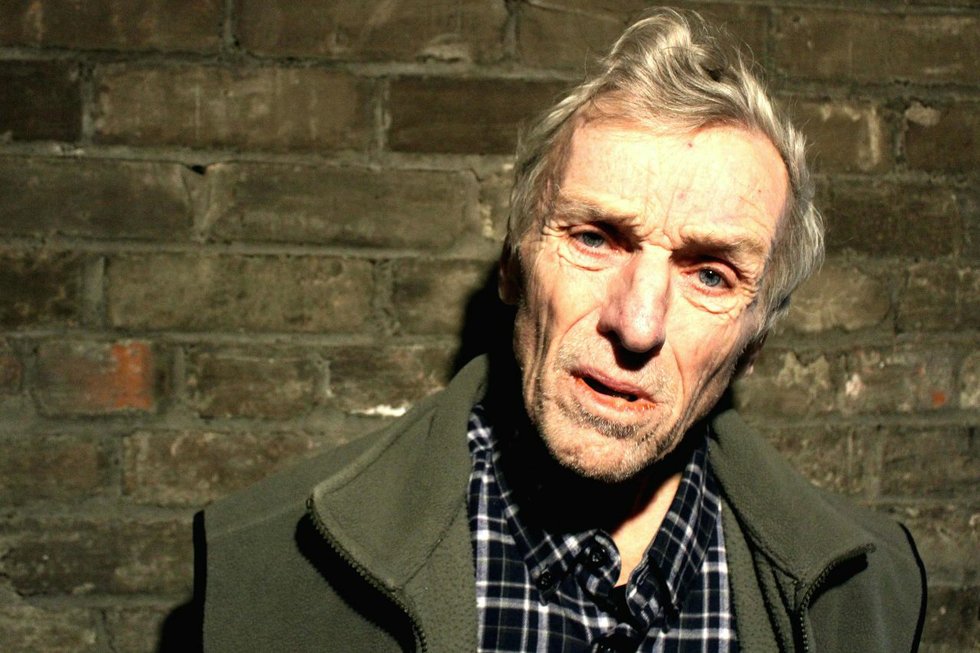 What: Actor in the remount of Krapp’s Last Tape, October 4 to 21 at Theatre Passe Muraille Backspace (passemuraille.ca).

Why: If you missed Singing Swan/VideoCabaret’s transcendent production of Beckett’s monologue earlier this year, don’t worry – you’ve got another chance. Nasmith, a Toronto theatre pioneer, brings decades of life and art experience to Beckett’s tragicomic story of a man reliving his past by listening to old tapes. Although the show – sensitively directed by Mac Fyfe – runs less than an hour, you’ll leave feeling like you’ve glimpsed the character’s – and perhaps your own – entire life unspool onstage. Just watch the banana peel on the way out. 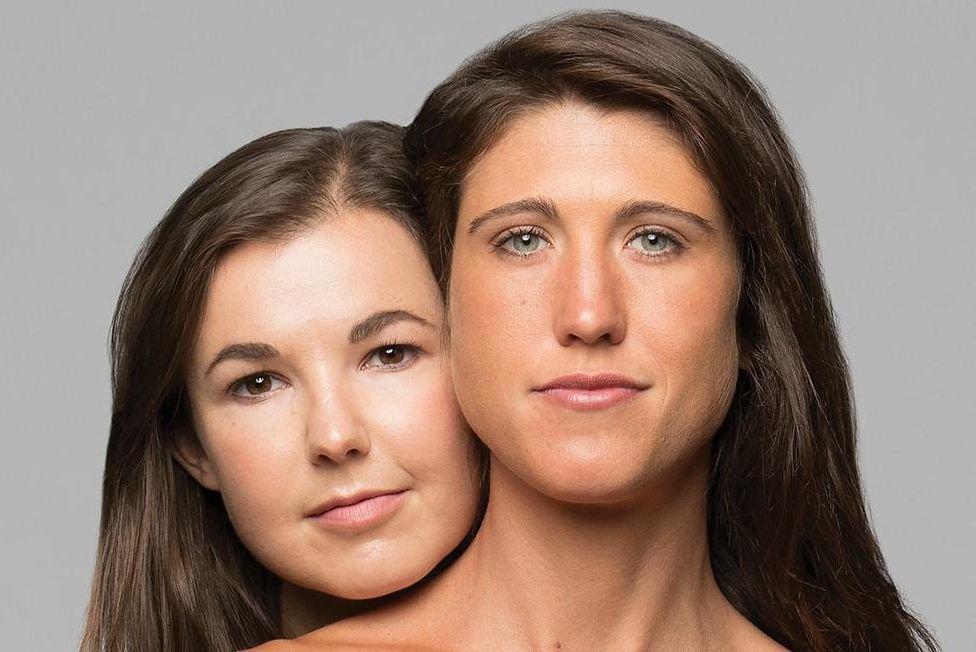 What: Co-creators of Nightwood Theatre/Why Not Theatre/Quote Unquote Collective’s Now You See Her, October 16 to November 4  at Buddies In Bad Times Theatre (buddiesinbadtimes.com)

Why: Hot off the acclaimed TIFF film adaptation of their international hit Mouthpiece, Nostbakken and Sadava continue the collective and collaborative expansion of their work with Nightwood Theatre. This fall, they and four other women – Lisa Karen Cox, Maggie Huculak, Raha Javanfar and Cheyenne Scott – debut a new feminist-oriented collectively created work. Now You See Her promises to feature the same “new kind of feminist language” Jodie Foster and Alexandra Hedison described after they commissioned a private showcase of Mouthpiece. The cast explores how women’s power is stolen, and how to defy its disappearance, in an “insurrectionary outburst of original music, words, and movement.” 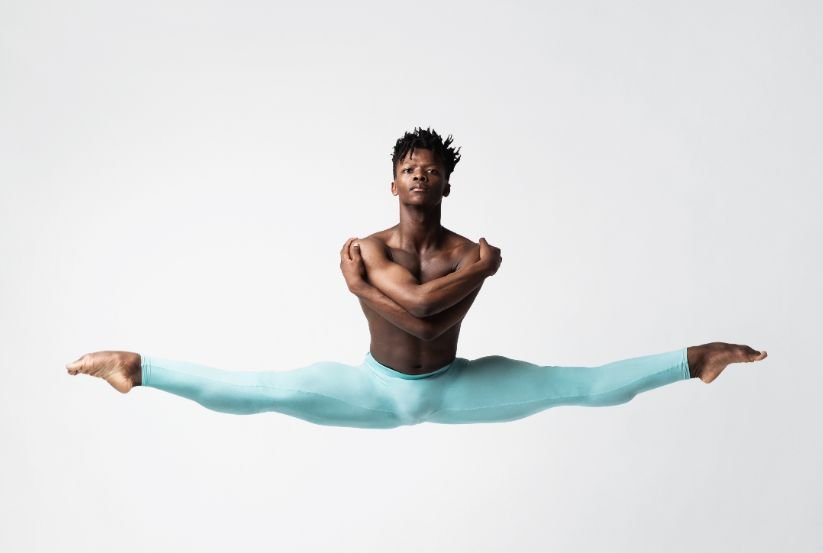 What: Dancing with the National Ballet of Canada in the North American premiere of John Neumeier’s Anna Karenina, November 10 to 18 at the Four Seasons Centre (national.ballet.ca).

Why: Currently the youngest member of the National Ballet, 20-year old November came at ballet obliquely, traveling from his home in Zolani, South Africa (where he was also into street dance) at 12 to study at Canada’s National Ballet School. Compact and sinuous, November is easy to watch (he danced the iconic Bluebird pas de deux in the company’s Sleeping Beauty in March – an indication of the corps member’s possible classical trajectory). R&B buffs may have caught his choreography for last year’s Majid Jordan shows at the Great Hall. Seems like November is gonna be a scorcher. 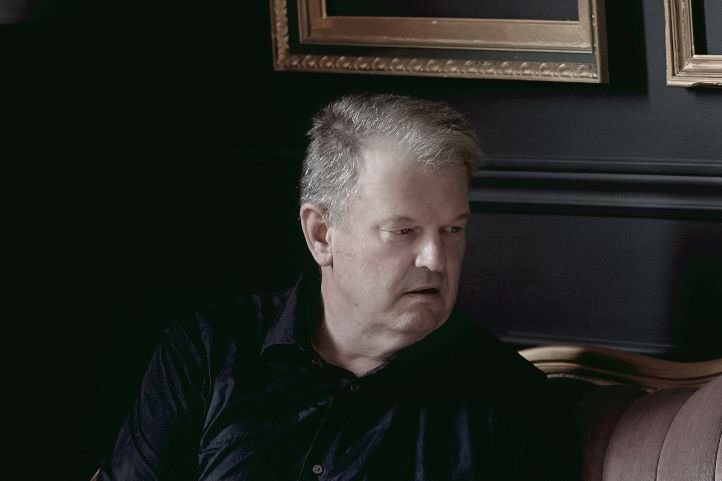 From a photo by Tim Leyes

What: Actor in Jennifer Haley’s futuristic The Nether, October 7 to November 4 at the Coal Mine Theatre (coalminetheatre.com).

Why: Stratford vet Persichini is so good at playing comic characters who carry the weight of tragedy on their shoulders. Coal Mine has given him some plum roles, like last season’s dystopian nightmare Category E, and Superior Donuts, which earned him a deserving Dora Award for his grumpy widower. Now in this co-production by Coal Mine and Studio 180 directed by Peter Pasyk (Sisters), he joins an impressive ensemble (David Storch, Katherine Cullen, Mark McGrinder and Hannah Levinson) in Haley’s play about a virtual world where pedophiles can act out their fantasies. He plays a science teacher who’s addicted to the place. Sounds icky, right? But count on the empathetic actor to engage your sympathies. 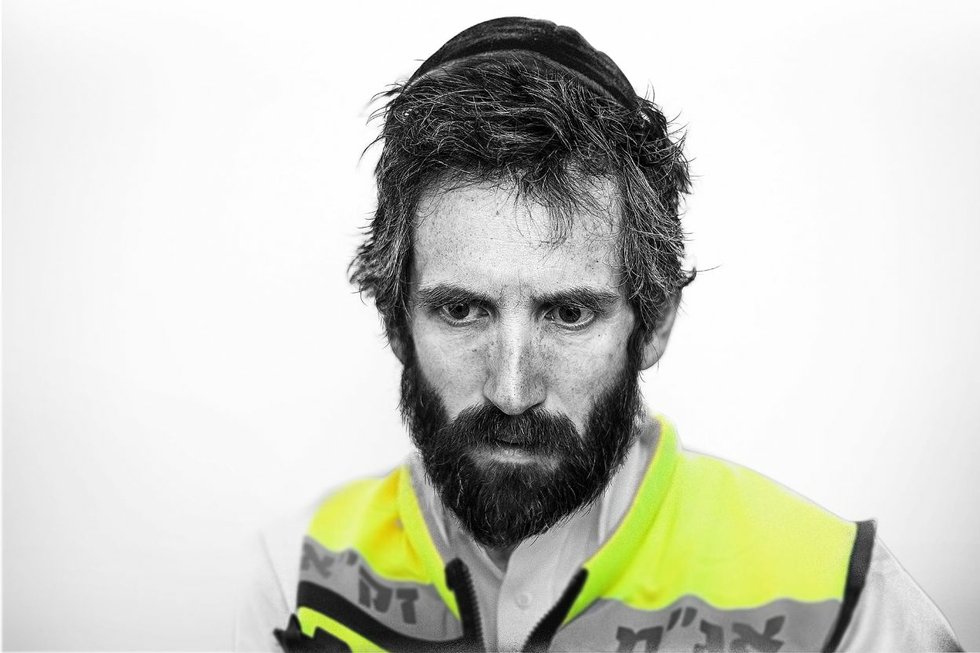 Why: The intense, always watchable Rand (Necessary Angel’s Hamlet, Wide Awake Hearts at Tarragon) is one of those actors who looks all placid on the outside and has roiling emotions on the inside. That combination should be just right for the role of Jacob, who’s based on a real-life member of ZAKA, an Orthodox Jewish volunteer force in Israel that collects the remains of Jews killed in accidents. Rand’s in good hands the script is by Morris and direction by Daniel Brooks, both of whom worked with him on Stratford’s riveting Oedipus Rex in 2015. 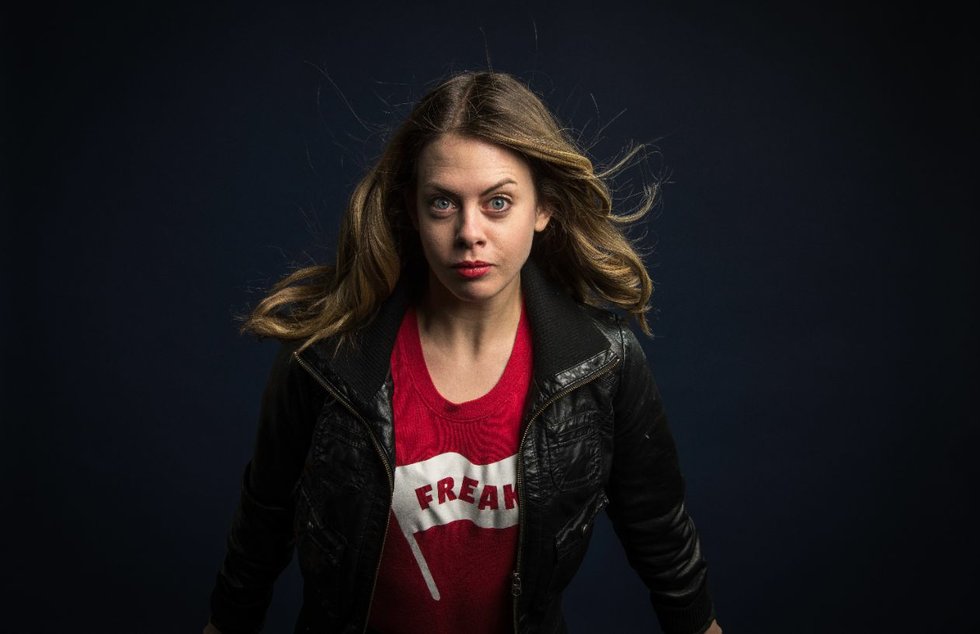 What: Director of MOVE, to September 23, at Bad Dog Theatre (baddogtheatre.com/move) director of Sketch Comedy Extravaganza Eleganza, November 2 to 3, at Buddies In Bad Times Theatre (torontosketchfest.com)

Why: There are few performers in Toronto who slip so seamlessly into a character as Rasmussen. Currently in the all-female She The People at Second City (until November 25), Rasmussen has been branching out, recently directing the improv show MOVE, which features “physically expressive” performers cast in part from the company’s inclusion program. And in November, she’ll be directing the Sketch Comedy Extravaganza Eleganza, a revue written and performed by LGBTQ+ artists. She’s passionate about promoting queer comedy, as well as exploring mental health issues like anxiety and depression. Her own web series Healing From Heartbreak features a protagonist, Courtney, who gravitates between positivity and melancholy. Rasmussen finds an emotional core for him, as she does with all her other characters – even those who are the butt of the joke. 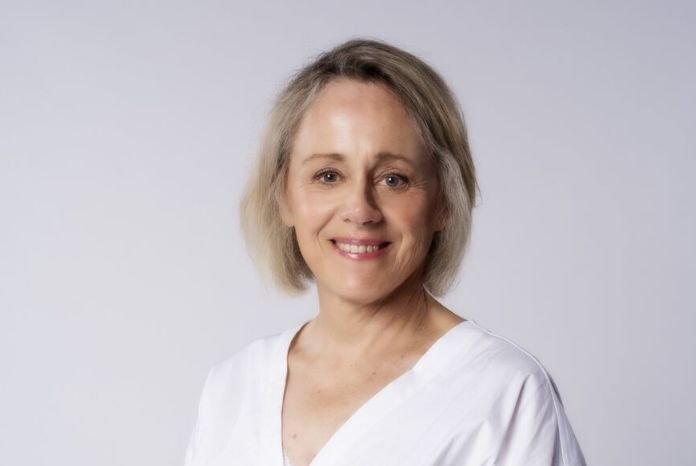 What: Actor in Lucy Kirkwood’s The Children, September 25 to October 21 at the Berkeley Street Theatre (canadianstage.com).

Why: Most stage artists don’t get to accomplish even a fraction of what Reid has done, both on mainstages (Vanya And Sonia And Masha And Spike, London Road) and indie theatre (The Chance). This month, she joins other theatre vets Geordie Johnson and Laurie Paton in Kirkwood’s play about three older scientists dealing with the effects of their work on the environment – and, subsequently, on the lives of future generations. Look for Reid to bring humour and empathy to her performance. 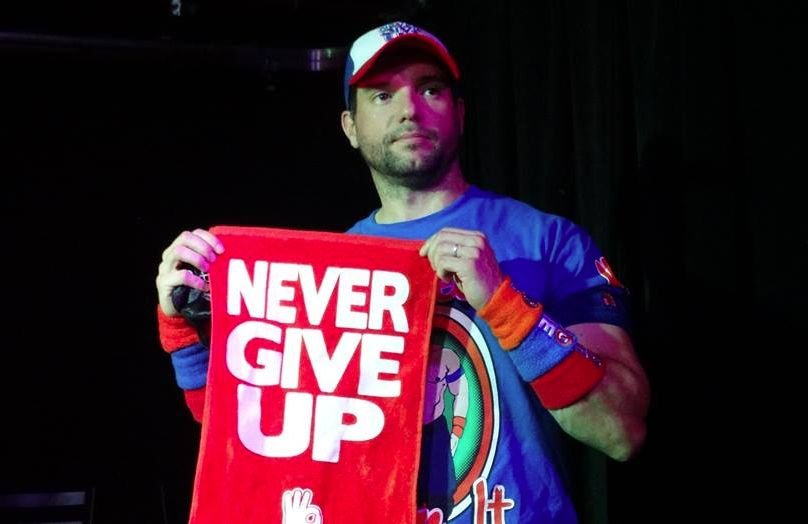 Why: Comedy Bar celebrates its 10th anniversary in November, and almost since its opening, the venue has been an acclaimed spot for stand-up, sketch and improv. Rideout Jr.’s most pressing issue these days is a lack of space for shows to grow larger audiences. In addition to curating Comedy Bar’s programming, Rideout Jr. also sometimes performs on the weekly Catch 23 Improv, where he’s become an unlikely improviser with a rare attribute – he doesn’t care if the audience likes him, so long as the show is funny. That’s served him in good stead with his frequent cameos on Rapp Battlez, playing a “heel” for co-hosts/co-producers Miguel and Freddie Rivas. It’s that kind of commitment to putting on a good show that’s made him such a integral part of the city’s comedy scene. 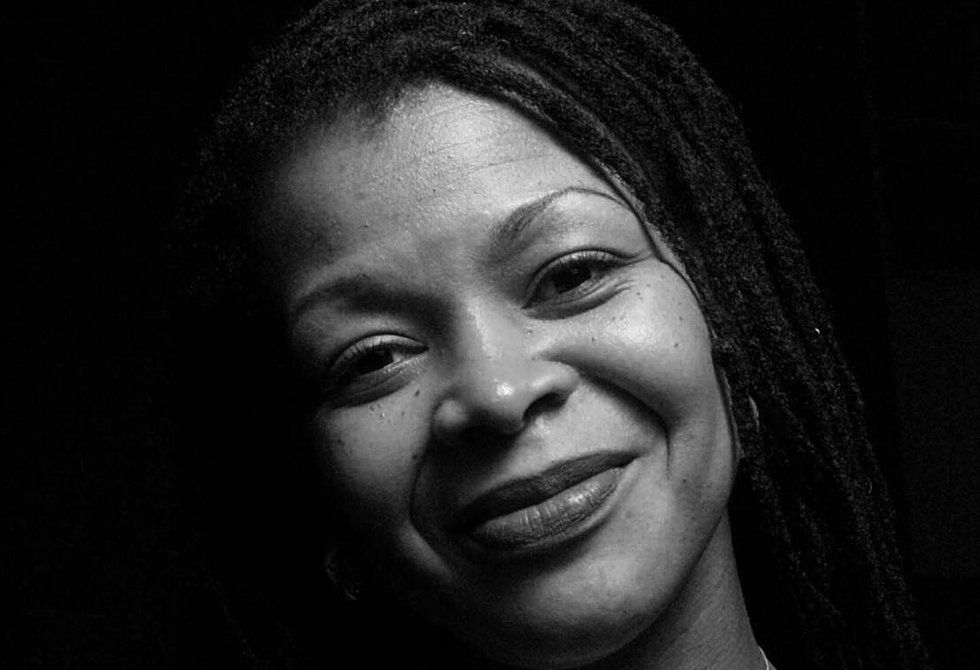 What: Writer/director of the remount of her Governor General’s Award- and Chalmers Award-winning play Harlem Duet, through October 28 at the Tarragon (tarragontheatre.com).

Why: Last year, Sears directed a revelatory production of Ntozake Shange’s for colored girls who have considered suicide / when the rainbow is enuf. Now more than 20 years old, her ambitious play Harlem Duet – simultaneously a prequel, sequel and commentary on Shakespeare’s Othello – belongs in the same company as that contemporary masterpiece. Featuring Virgilia Griffith, Beau Dixon, Walter Borden, Ordena Stephens-Thompson and Tiffany Martin, the powerful play was overdue for a remount. Now let’s hope someone brings back Sears’s The Adventures Of A Black Girl In Search Of God. 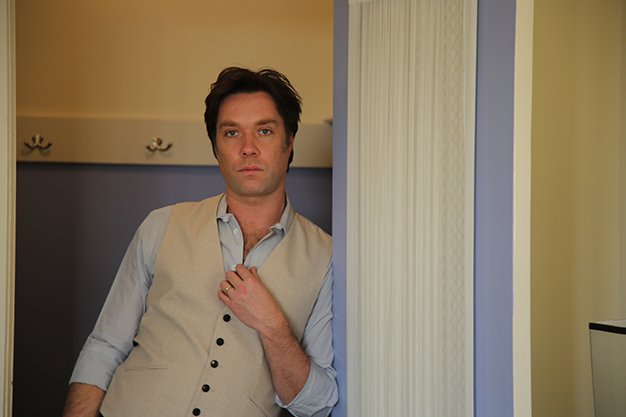 What: Composer of the world premiere opera Hadrian, October 13 to 27 at the Four Seasons Centre (coc.ca).

Why: Although singer/songwriter Wainwright’s first opera, Prima Donna, got uneven notices when it premiered in 2009, NOW – in one of the more positive reviews – predicted back then that it “[wouldn’t] be Wainwright’s last opera.” Now indeed he’s back with this Canadian Opera Company premiere about the Roman emperor grieving his young male lover’s death. Wainwright’s starry queer creative team – Daniel MacIvor (libretto), Peter Hinton (director) – should add fascinating notes to the production, easily the opera event of the season.