Keep an eye on these emerging artists. [rssbreak]Dorothy AtabongWho: Actor in In Darfur, in which a New York Times reporter,. 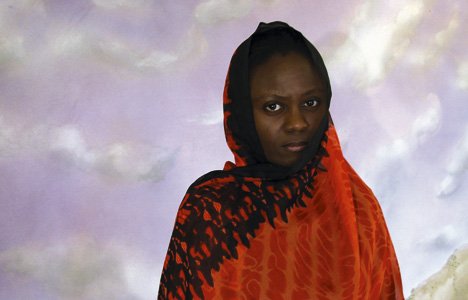 Keep an eye on these emerging artists.

Who: Actor in In Darfur, in which a New York Times reporter, caught up in telling the story of the Darfur genocide, accidentally endangers the life of an African woman.

Buzz: Atabong, who stood out in Equity Showcase’s The Wedding Band several years ago, here portrays the intensely emotional Helwa, the Darfuri woman who speaks up about the human slaughter. Let’s see how she can mix tears and politics in this ripped-from-the-headlines story. And it won’t hurt that her Wedding Band director, Sandi Ross, is part of the talented Darfur cast.

Who: Writer/performer of That Gay Guy, a comedy about a gay actor who’s fed up with playing a flaming queen best friend on a TV sitcom.

Buzz: Wilson earned a Dora Award playing The Lion King’s nimble meerkat, Timon. But he’s also explored many facets of gay life in works like My Own Private Oshawa and Kilt. Add the fact that he was one of the first “out” performers on a Second City Mainstage and that director Shari Hollett (Radio :30) is at the helm and you can expect people to be going gaga over That Gay Guy.

Who: Member of the Why Not Theatre, collectively creating and performing I’m So Close It’s Not Even Funny, a physical-theatre piece about our relationship with time, set in a world moved forward by beeping timepieces.

Buzz: With Why Not, the Lecoq-trained Jain’s directed The Prince Hamlet, a striking reinterpretation of the Bard’s classic, and been part of the clown show Tools, a send-up of DIY culture. Will the ticking of clocks be louder than the audience’s laughter in this production? We doubt it.

Who: Creators of Pelee, a multimedia piece about the past.

Buzz: Brandenburg and Taylor burst onto the scene at Fringe 2007 with Reesor, an imaginative look at a group of Ontario pioneers that included storytelling and lots of newfangled instruments. They’re back again as co-writers (Taylor also directs, and Brandenburg is in the ensemble) on this piece, which sifts through history and combines animation, text and yet more musical invention.

Who: Actor in A Soldier’s Story, based on the Russian folktale in which a soldier trades his fiddle to the devil for a chance to see the future.

Buzz: Known for his work in theatre for young audiences, including the Dora-nominated Offensive Fouls and the Fringe’s Kalvin The Great, Doyle tries his hand at an adult work set to music by Igor Stravinsky. Let’s see how his unique charm, sure to win over an audience, offsets the story’s heaven-or-hell tensions.

Buzz: Pifko has an angry edge that works well for drama or comedy, as witnessed in last month’s Fringe hit The Swearing Jar. And if you’re playing the Godfather video games, you might recognize his voice as various hoodlums. He should be right at home in the talented ensemble of this satiric show, one of the first local stagings of a work by exciting playwright Crimp.

Who: Actor in The Red Devil, in which a family tries to escape illegally from the rioting in 1997 Albania, leaving behind an old grandmother.

Buzz: She’s only done two shows in Toronto, but Nicodemo’s proven her skill at shading a character with a multiplicity of emotional tones in fact, her portrayal of an initially innocent immigrant in Cringeworthy won her a Dora nomination. She’s sure to bring a strong sense of subtext to the role of the mother shepherding her family out of chaos.

Who: Creators/performers of (Never Underestimate) The Power, about a trio of Queen West hipsters who think the end is near.

Buzz: Two SummerWorks fests ago, ORT put their imaginative, highly theatrical company on the map with Nor The Cavaliers Who Come With Us. Earlier this year they wowed the Rhubarb! crowd. Now they’re here with a high-concept show – Queen West types meet The Book Of Revelation – directed by Toronto theatre legend Paul Thompson. Never underestimate the power of true talent.