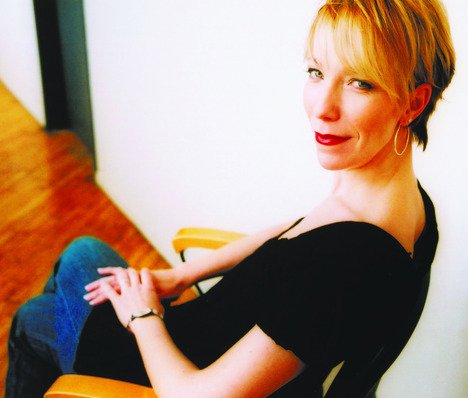 If a tree could speak, what would it tell us?[rssbreak]

Theatre Rusticle’s Allyson McMackon had that thought when she looked at an aged tree in High Park. It reminded her of an old dream.

“A woman emerged from inside a tree. She had long, chestnut hair and a red dress, and I remember that I found her the most beautiful thing in the world,” recalls McMackon, who’s helmed such memorable Rusticle shows as April 14, 1912 and The Stronger Variations.

These ideas entwine in the company’s latest, Birnam Wood, which uses the story of Macbeth to examine dreams, a world out of order and the healing power of nature. Like the company’s other shows, this production poetically blends text and movement.

Its six characters are trees – wood spirits, actually – who’ve watched Birnam Wood be cut down to provide camouflage for the British army to approach the embattled Macbeth’s castle.

“The idea set me musing about the various prophecies in Shakespeare’s tragedy. What would it take for a forest to march up the hill? What has it seen? What energy does it draw upon?”

Given human form, the six tree spirits in the show recall, with nightmare-like intensity, the tale of Lady Macbeth and Macbeth.

“We intend that they be taken at face value, as something otherworldly,” says McMackon, who’s teaching at York and preparing a tour of April 14, 1912. “In Lindsay Anne Black’s costumes, they’re intentionally impish, part tree and part Scottish, with a touch of tartan.”

The six performers, who have all helped create the work, share the two key roles. The men (Hume Baugh, Wesley Connor and Matthew Romantini) become Macbeth, and the women (Maev Beaty, Viv Moore and Lucy Rupert) take turns shape-shifting into his wife.

“There are some astonishing parallels between the trees and the couple, beginning with the idea of dethroning: slowly, over time, one tree can take another’s more commanding spot in the forest. That’s also what happens, but more rapidly, in the tale of the Macbeths, with substantially more blood being shed.”

The development process included an exploration of the play’s nightmarish imagery: horses eating each other, for instance.

Not surprisingly, it’s the feminine energy associated with the natural world that helps make things right.

“In terms of visuals and poetic imagery, the production is set in a world turned upside down. We’re working in an imaginative place filled with flights of fancy,” smiles the director. “We’re not stuck up in our heads.”