From theatre and comedy to dance, here are the artists you'll see a lot more of in 2018 and beyond 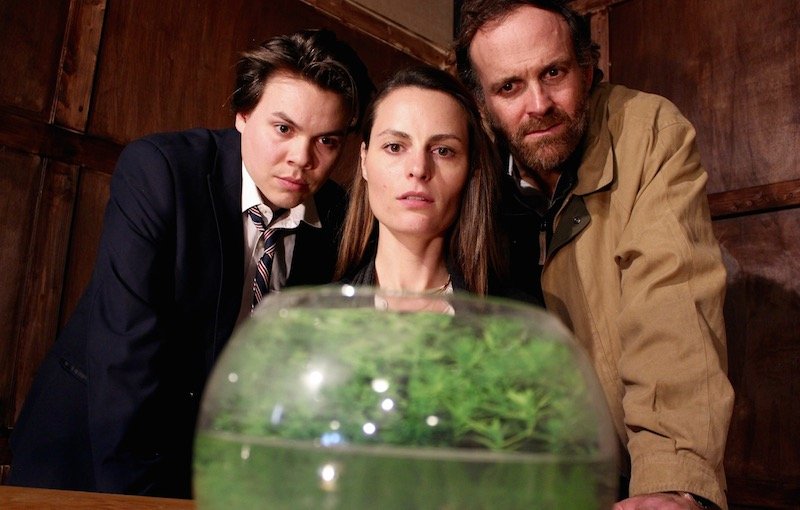 Whether they just graduated or have been working under the radar or out of town, these talented artists (listed in alphabetical order) caught our attention this year and promise great things to come.

After studying at the National Theatre School, Burns has wasted little time immersing himself in the theatre scene here, participating in youth programs with Factory Theatre, fu-GEN and SummerWorks Leadership Intensive, among others.

This past year, he’s become a leader indeed, acting in (and producing) the film The Gift Giver, which premiered at the 2017 Inside Out Festival co-producing and co-hosting (with Luke Reece) the artist interview series Dark Nights, in residence at the Gladstone Hotel and appearing in a stand-out role as a troubled student in Michael Ross Albert’s Miss, the inaugural production at the Assembly Theatre, a new Parkdale storefront venue.

Burns’s boarding school student Tyler, who became tragically involved with a teacher, was walking wounded, yet his portrayal had more searching introspection than rage, a quality Burns hinted at previously as Benvolio in Shakespeare in the Ruff’s 2016 Romeo + Juliet.

Although Denny’s been doing plays and musicals for five years, it’s mostly been out-of-town in shows like the NAC’s Anne & Gilbert, in which she played the lead.

But now we know her name, not to mention her huge vocal and emotional range. In the Canadian Stage/Musical Stage Co. opener Life After, she played Alice, a teen reeling from the sudden death of her father. Denny sold not only her character’s youth but the complex mix of feelings that, in Britta Johnson’s shimmering, elusive score, can shift in a matter of seconds.

Expect Denny to keep soaring as high as her exquisite voice takes her. 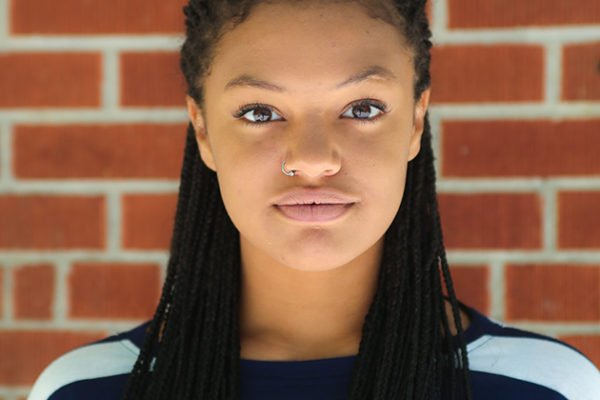 She starred in Cahoots Theatre and Obsidian’s production of Amanda Parris’s Other Side Of The Game in October, as Beverley, an idealistic activist in the 70s gradually hardened by the civil rights struggle, and Shevon, the impulsive mistress to a gangster in the 2000s.

Her more seasoned co-star Virgilia Griffith is likely to get more leading performer buzz come award time for her pair of fierce and principled characters in the play, but it was Beverley, whose resolve is tested as much by her colleagues as their opponents, who changed the most over the play, a transformation enhanced by Dickson’s subtle shading.

Currently in the remount of The Story, Dickson has two high-profile Canadian premieres lined up in 2018: Jerusalem, a massive co-production undertaking by Company Theatre, Outside the March and Starvox Entertainment, and Girls Like That at the Tarragon. 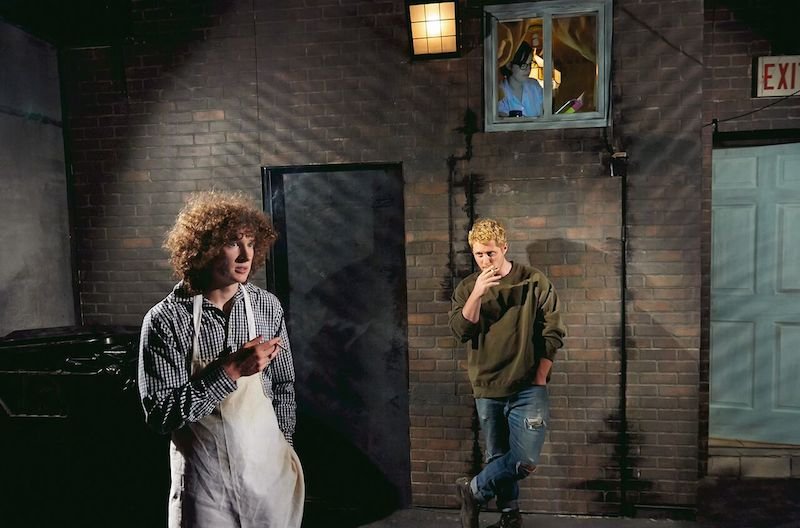 Maxwell Haynes (left, with Noah Reid) broke out in The Aliens.

Innocence is hard to portray on stage, but Haynes exuded it beautifully in Coal Mine Theatre’s production of The Aliens.

Playing a young, naive cafe worker who’s drawn into the seductive orbit of two older codependent slackers, he created a lovely, touching portrait of a young man on the cusp of adulthood. Known mostly for his TV work (Fox’s Minority Report and Netflix’s The Killing), the fresh-faced Haynes seems like a natural for live theatre. As my colleague J. Kelly Nestruck tweeted after seeing the show: “Maxwell Haynes… That’s how you make a Toronto debut.” Indeed. 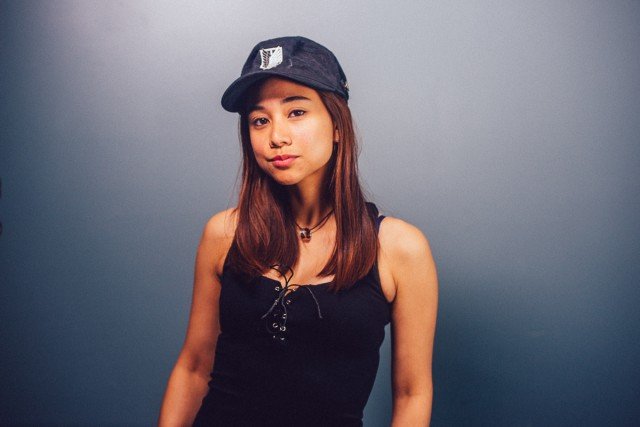 The versatile Kanaan began this year in theatre, performing in Anak as a member of the Carlos Bulosan Theatre Collective, but her breakout in 2017 was primarily in comedy.

Always expressive and energetic on stage, at her audition show for The Sketchersons, one of her standout sketches involved new McDonald’s employees learning dance routines to accompany meal orders. She impressed enough as a performer and writer to join as one of the youngest members of the troupe, as well as the cast of Second City’s House Company, which performs weekly at the John Candy Box Theatre.

As a member of Air Farce, she and fellow Toronto comic Chris Wilson joined the storied troupe for their Canada 150 special this summer and will return to the air waves later this month for the New Year’s Eve special.

Edmonton-born Kushniruk graduated from the School of Toronto Dance Theatre in 2017 and was immediately snapped up by parent company TDT as an intern. She brought fearless energy to Antony Hamilton’s Natural Orders at Dancemakers in June and Hanna Kiel’s Welcome To Our Home – Tangled at the dance: made in canada festival in August before heading out on TDT’s recent tour to Colombia. We’re blown away by her explosive power and focused intent – it makes her every movement onstage riveting.

Next she’ll perform with TDT in works by Christopher House and Jasmyn Fyffe for the Glass Fields program coming up in March at Harbourfront. 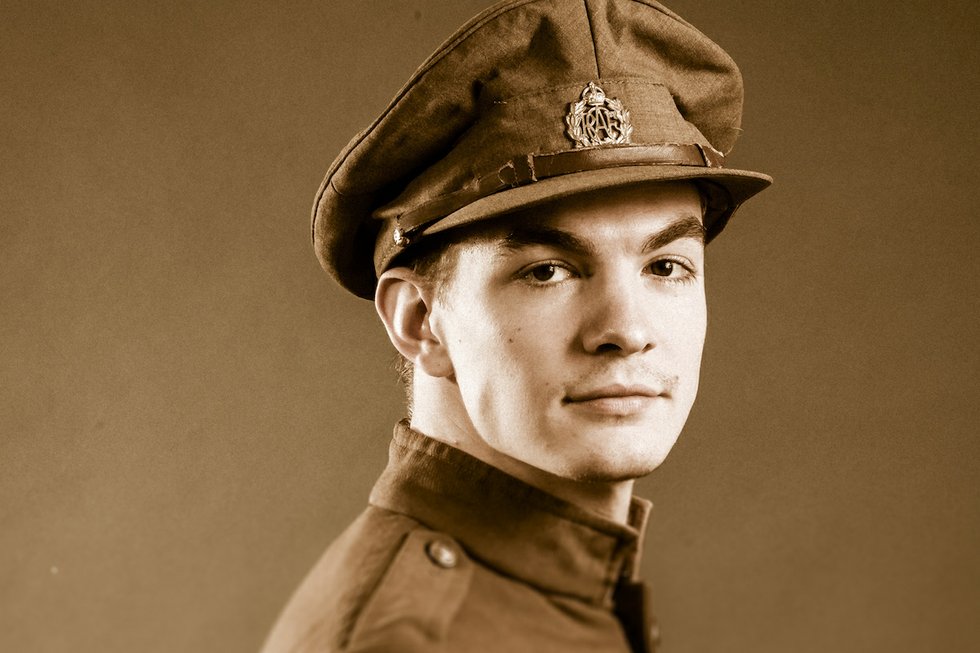 A spring 2017 graduate from Ryerson’s red-hot dance program, Mitton is already much in demand as an indie artist. He toured with ProArteDanza and performed in James Kudelka’s Fifteen Heterosexual Duets at Fall for Dance North. In November, Mitton’s charismatic presence lent poignancy to Laurence Lemieux’s Jusqu’à Vimy, where he achingly embodied a doomed young soldier.

Next up, Mitton performs with Release Dance Project in Kirsten Sullivan’s This is the part where… February 10 and 11. And he’ll be back with Lemieux and Kudelka for Elvis and The Man in Black at the Citadel in May. 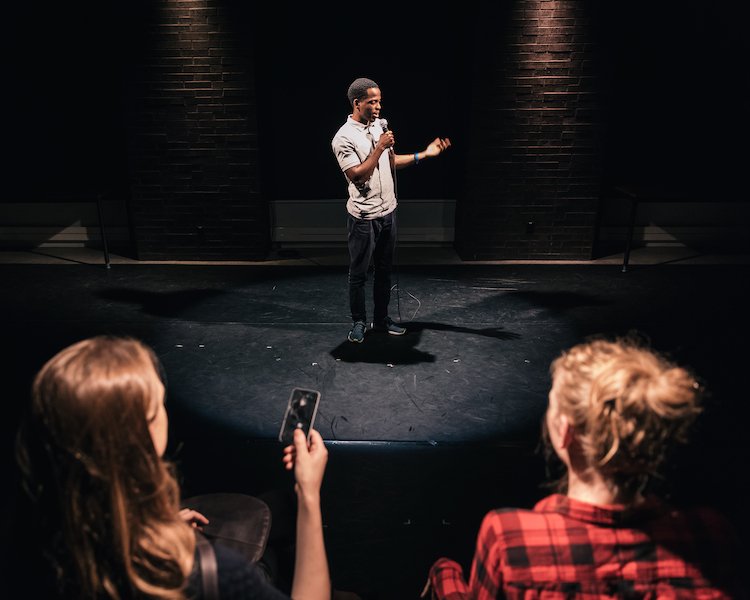 Jaa Smith-Johnson’s slick speaker talked about consent in Asking For It.

Smith-Johnson has got dozens of film and TV credits to his name, and he’s won emerging theatre awards in Montreal, but he made a big impression here in Ellie Moon’s Asking For It, the controversial play about issues of consent and the aftereffects of the Jian Ghomeshi scandal.

Playing a variety of roles, he morphed from a slippery, cagey man forced to reexamine his past behaviour (while not owning up to it completely) to a confident, slick speaker hired to talk about consent on college campuses. 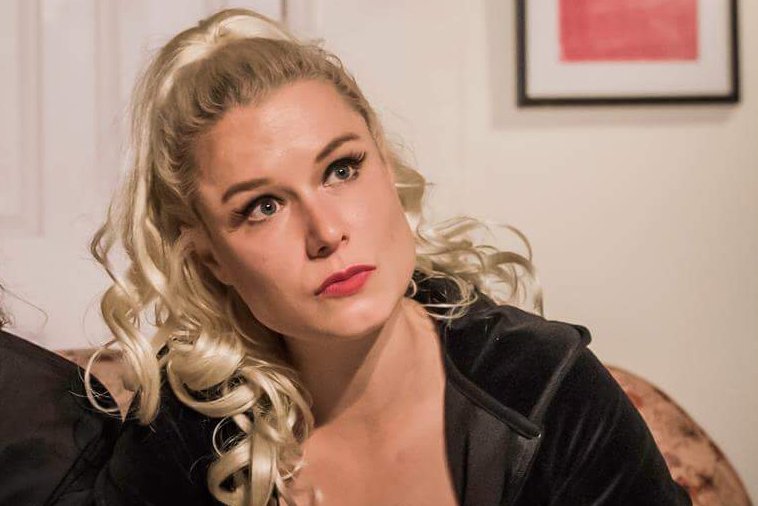 A rising actor and director in Toronto’s indie scene, van Leeuwen broke through in a big way in 2017. Not only did the co-artistic director of Leroy Street Theatre become the A.D. of the Assembly Theatre, the city’s latest storefront venue, but she impressed in three very different roles.

First she played a glamorous woman who discovers her fiancé’s unorthodox family in Michael Ross Albert’s Tough Jews, then she created two sides of an idealized woman in Stephen Joffe’s Letters To Annabelle at the Fringe. Best was her performance in George F. Walker’s The Chance as a stripper who helps her colleague score a windfall, even if it causes her to stress eat.