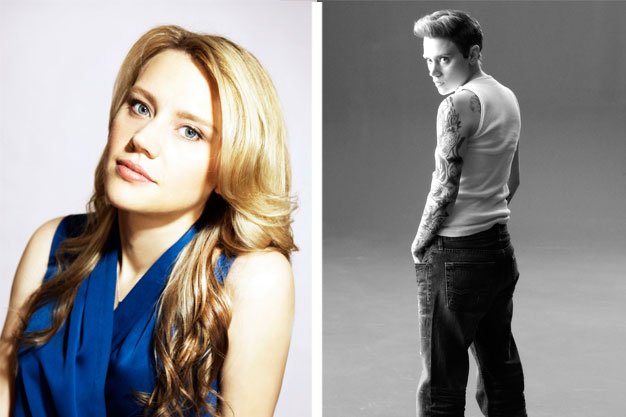 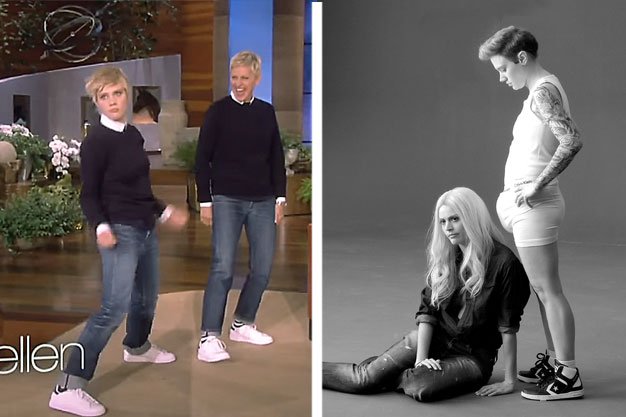 Among the many highlights of Saturday Night Live’s recent 40th anniversary show was the Celebrity Jeopardy sketch featuring Will Ferrell’s Alex Trebek and Darrell Hammond’s Sean Connery. More than holding her own was Kate McKinnon, gesticulating wildly and hilariously as Canada’s ambassador of tween silliness, Justin Bieber.

“When I was young I would tape those Celebrity Jeopardy parodies on VHS, then transcribe them and memorize them,” says McKinnon, live from New York, a week and a half before her stand-up gig at the Toronto Sketch Comedy Festival. “I still know all of them by heart. So to actually be there on the set with Darrell Hammond and Will Ferrell was….”

She pauses, trying to find the right word.

“It was fucked up, actually. It was too much.”

She earned that spot. In the media blitz leading up to the 40th special, listicles comparing and contrasting the SNL casts and sketches almost invariably mentioned McKinnon and her impressions – of Bieber, Ellen DeGeneres and Penélope Cruz, among others – on the best-of lists, beneath the golden oldies and just under Fey, Poehler and Ferrell.

Not bad, considering she’s been with the show for just over three years. The gala itself was like a dream.

“All of my childhood superheroes were suddenly brought to life in the same room,” she says. “I’d already met a lot of cast members I idolized. But I hadn’t yet met Molly Shannon and Dana Carvey, so those were two big gets for me. And also, two of the Backstreet Boys happened to be there. When I was growing up, they created the weather. When I met them, I maintained my cool, but I was liquefying inside.”

Comedy aficionados still talk about McKinnon’s first SNL spots, in the spring of 2012, just as Kristen Wiig was leaving, symbolizing in a way a passing of the torch from one brilliant female cast member to the next. Where did this wide-eyed, fearless and brash performer come from, seemingly fully formed and ready for the big leagues?

“I did get some attention, but I think it was because it was mid-season and I came alone and was in five episodes,” she says. “It was very lonely and frightening. When Aidy (Bryant), Cecily (Strong) and Tim (Robinson) got hired, we were in a group. But that first season was scary. The stakes were so high. There’s just a lot to know that you discover slowly about how to do the job well.”

Even now, she still has to work hard to get her characters and sketches up.

“These ideas take time to build, and unless it gets shit out of your brain perfectly formed the first time, there’s not enough time from Tuesday to Saturday night to really massage them,” she says. “It’s sort of a miracle when you think of something and execute it well enough to have it make it on the show.”

It helped that she brought three seasons of working on the Rosie O’Donnell-produced cable series The Big Gay Sketch Show – she’s SNL’s first openly out lesbian performer – and years of Upright Citizens Brigade experience to the table. She introduced a lot of her characters from those years to SNL.

“If comedy is school, then SNL is a graduate program,” she says. “As a comic you have to put in a lot of years of not getting paid to figure out who you are and what you want to say. And also just being on a team helps. The UCB community in New York is such a close-knit, amazing group of people. And it’s odd because there’s no real structure in place. People are like, ‘Oh, you do UCB? I do UCB. We’re kindred spirits!’ And it’s an amazing thing to be a part of that.”

Not all of her celebrity impressions – and she does some brilliant non-celeb ones, too, like a lisping cat shelter lady – have made it to air.

“I have a whole catalogue of people on the Food Network and HGTV that I would love to do,” she admits. “But they’re not cultural icons. Usually impressions are suggested to me by people who are savvier than I.”

One exception was Ellen DeGeneres, who’s been a role model for years – not, she says, as an out performer but as a comic.

“I think I watched her 2003 special Here And Now 50 times,” she says. “I memorized the cadence of her voice doing all these words.”

The first time she performed DeGeneres on SNL, it was a small bit, and she didn’t think the woman herself would see it.

“But she called the next day and told me she loved it,” says McKinnon. “That was one of those ‘meeting a god’ moments. After the second time, she invited me on the show, and she’s been a total angel about it.”

Not only does she have DeGeneres’s vocal cadences and quirky personality down pat, but she’s also mastered her way of dancing. And it was movement that gave her the key to Stratford’s boy wonder, after an SNL writer suggested she play him.

“I watched a lot of his videos and loved his dancing so much,” she says. “I liked his singing, too, but I couldn’t sing like that, so I knew I couldn’t do that part. I connected with the dancing. It’s mostly a physical impression.”

It’s a little early to talk about her post-SNL career. She’s doing stand-up at TO SketchFest, which she says she’s always done.

“There will be story, song and interpretive dance,” she jokes. “And there will be characters in it. Don’t worry, I won’t be just my boring old self.”

And in 2016 the world will see if she can transfer her comedy skills to the big screen. A month ago, she was announced as a cast member of the all-female Ghostbusters reboot, along with SNL alumna Wiig and current cast members Leslie Jones and Strong, to be directed by Paul Feig, who made Wiig a movie star in Bridesmaids.

I’ve been asked by SNL not to mention the film, so I coyly talk about being cast in a certain high-profile movie remake.

“It’s off the charts,” she says. “My feelings can’t be quantified.”

And the fact that several SNL alumni – albeit male ones – starred in the original?

Win a pair of tickets to see Kate McKinnon on March 9th at the Toronto Sketch Comedy Festival!