Don’t miss these acts on stage in Toronto this summer

The best theatre, dance, comedy and more hitting the stage during summer 2018 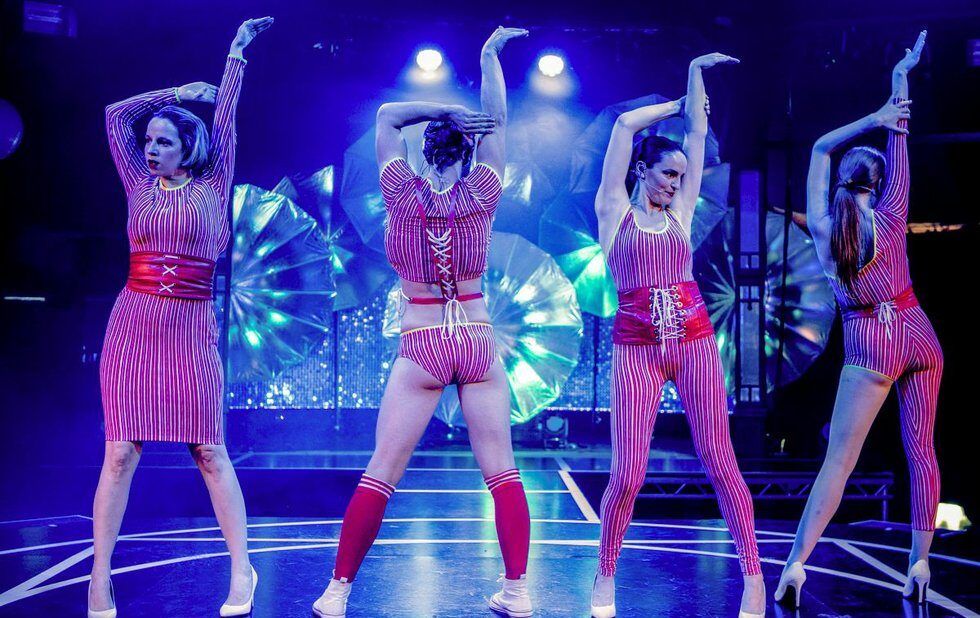 Get arty at Luminato

The Luminato Festival keeps getting bigger and bolder. Expanding from 10 to 19 days and spread out at venues across downtown, events run the gamut from Irish drag performers in RIOT and Amal Clooney in conversation with veteran journalist (and father-in-law) Nick Clooney, to a contemporary interpretation of Swan Lake and the Canadian debut of Burning Doors, a play from Belarus Free Theatre and Pussy Riot’s Maria Alyokhina. If free events are more your thing – and who doesn’t like free art? – head to Nathan Phillips Square for Le Grand Continental, a dance performance choreographed by Montreal’s Sylvain Émard that features hundreds of Torontonians of varying ages, cultural backgrounds and dance experience.

Learn how to be Brave

In an age of posting pretty pictures on Instagram and humble-bragging on Twitter, it’s easy to think that everyone’s more successful than you. Now a festival critiques that notion. Brave: The Festival Of Risk And Failure (July 12 to 29), looks at how taking risks, and failing, is important in the creative process.

Harbourfront Centre presents a lineup of courageous artists, writers, musicians and thinkers who proudly admit to failing and learning from those experiences. Filmmaker John Waters (July 12), singer/songwriter and actor Bif Naked (July 20) and comedian/writer/surgeon Bassem Youssef (July 26) take part in the three week festival. Tickets for these talks go on sale June 8, and many other events during the fest are free.

Brave is in addition to Harbourfront’s many festivals, which include a special Canada Day: One Land, Many Nations weekend (June 29 to July 2), Barbados On The Water (July 7 to 8) and Island Soul (August 3 to 6). 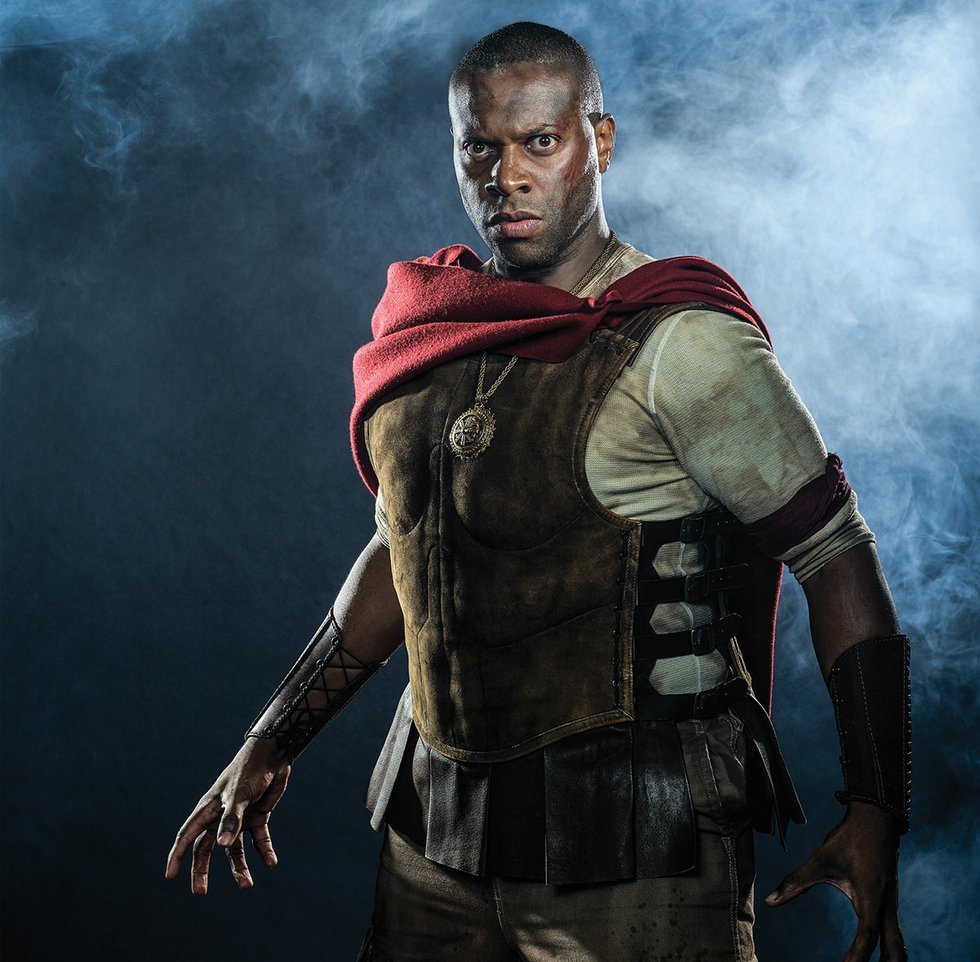 Who knew that the most anticipated production at Stratford would be Shakespeare’s late Roman tragedy about a warrior who’s rejected by the people when he becomes a politician?

But with stage wizard Robert Lepage at the helm and Dora Award–winner Sills – so good at suggesting fury and inner conflict – in the title role, the show is getting huge buzz. The company released a promotional video in the spring, giving viewers a good sense of the raw energy and propulsion of the modern dress production. Previews from June 9, opens June 22 and runs to October 20.

Other anticipated shows at the festival include Martha Henry’s leading turn as Prospero in The Tempest (through October 26) star turns by Dan Chameroy and Daren A. Herbert, respectively, in revivals of The Rocky Horror Show (through October 31) and The Music Man (through November 3) and Seana McKenna and Scott Wentworth leading a production of Long Day’s Journey Into Night (through October 13), considered the greatest American play of the 20th century. 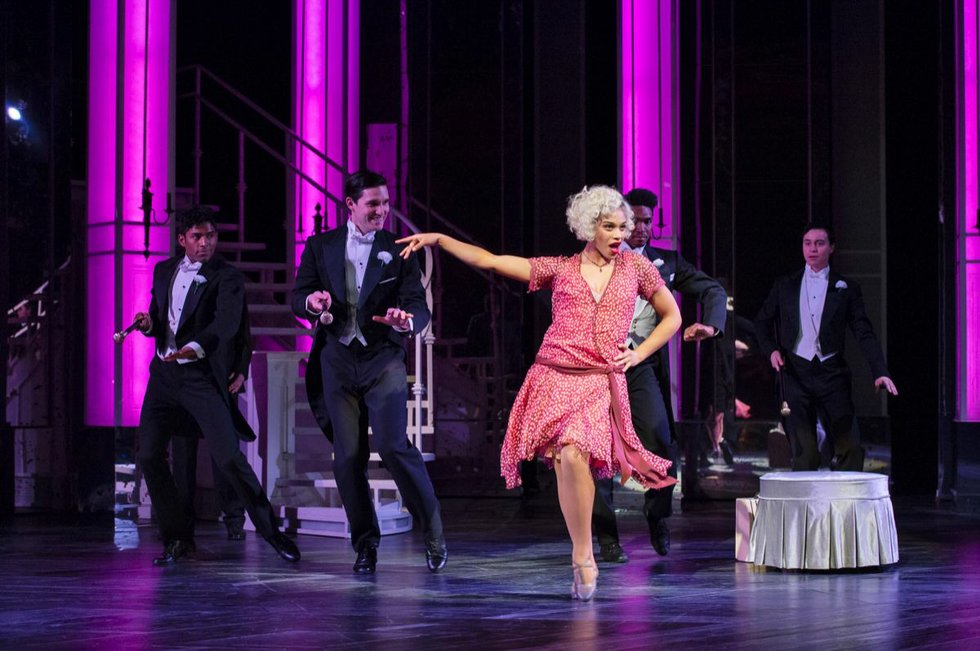 Vanessa Sears as Frieda Flamm (Flaemmchen) with the cast of Grand Hotel, The Musical.

If you’ve noticed actor, writer and well-known wit Fry around town (he was recently on a panel about political correctness with none other than Jordan Peterson), it’s probably because he’s kicking off the season at Niagara-on-the-Lake’s Shaw Festival.

Based on his upcoming book, Mythos: A Trilogy – Gods. Heroes. Men. (through July 15) retells the Greek myths and legends to show how they resonate in today’s world. Fry stars in each of them, and apparently will use audience suggestions to decide which tales to tell at any particular show.

The works are self-contained, but completists will want to see them all, and it’s possible to do a Mythos marathon in two days.

Other festival highlights include Eda Holmes’s production of the lavish musical Grand Hotel (through October 14) Damien Atkins donning the tweed cap as Sherlock Holmes in The Hound Of The Baskervilles (August 1 to October 27) Sarah Ruhl’s postmodern backstage romantic comedy Stage Kiss (through September 1) and the Ravi Jain-directed play The Orchard (After Chekhov) (June 7 to September 1), Sarena Parmar’s version of Chekhov’s The Cherry Orchard in which a Punjabi-Sikh family try to hold on to their Okanagan Valley orchard. 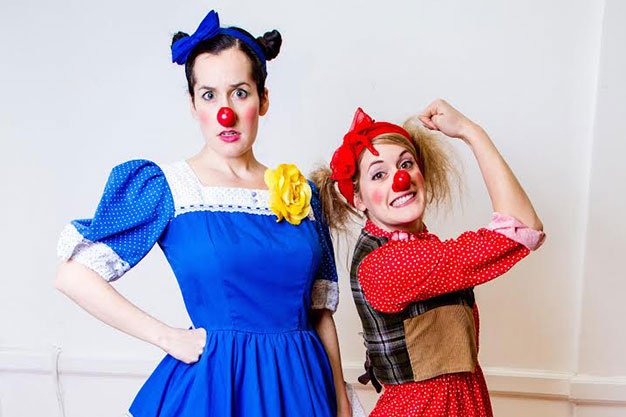 Morro and Jasp clown around at the Fringe this summer.

The Fringe of Toronto turns 30 this year, and like anyone entering a new decade, they’re going through some changes.

For one, they’ve finally upped the ticket price – only by $1. So, with service charges, each show is now $13. But new this year are $8 preview tickets. And, like last year, there are some day-of discounts for shows at $8.

And a handful of their shows are happening outside the downtown core.

There are too many exciting shows and artists to mention – check out NOW’s Fringe coverage starting in late June.

Finally, one of the ballsiest acts at the Fringe (literally) is the all-male sketch troupe TallBoyz II Men, co-starring last year’s Fringe sensation Franco Nguyen. They’ve called their show A 6ix NNNNNN Revue. Let’s hope they all are, folks.

It’s not summer unless you’ve taken in a play by the Bard under the stars and moon.

Canadian Stage’s offerings this summer should make great use of the comfy High Park Amphitheatre.

Tanja Jacobs, who helmed a witty Twelfth Night last summer, directs what is surely the most produced al fresco offering of all time: A Midsummer Night’s Dream. And Frank Cox-O’Connell, who played Hamlet in 2016, directs Romeo And Juliet.

It’ll be fun to see David Patrick Flemming (What A Young Wife Ought To Know) and Rachel Cairns (Bunny) play both the title characters in Romeo And Juliet and two of the Dream’s young lovers, Lysander and Helena.

Meanwhile, the intense Mac Fyfe, best known for his work with VideoCabaret, is perfect for the chatty Mercutio. His scenes with Tybalt (the gifted Jakob Ehman) should be electric.

At the opposite side of the city in Withrow Park, Shakespeare in the Ruff presents a unique take on one of the Bard’s Roman plays.

Titled Portia’s Julius Caesar and featuring new writing (about 50 per cent) by SitR’s artistic director, Kaitlyn Riordan (so good recently in Maggie & Pierre), this outdoor production examines the story from the perspective of its women.

Eva Barrie directs what’s sure to be a Caesar unlike any you’ve ever seen. 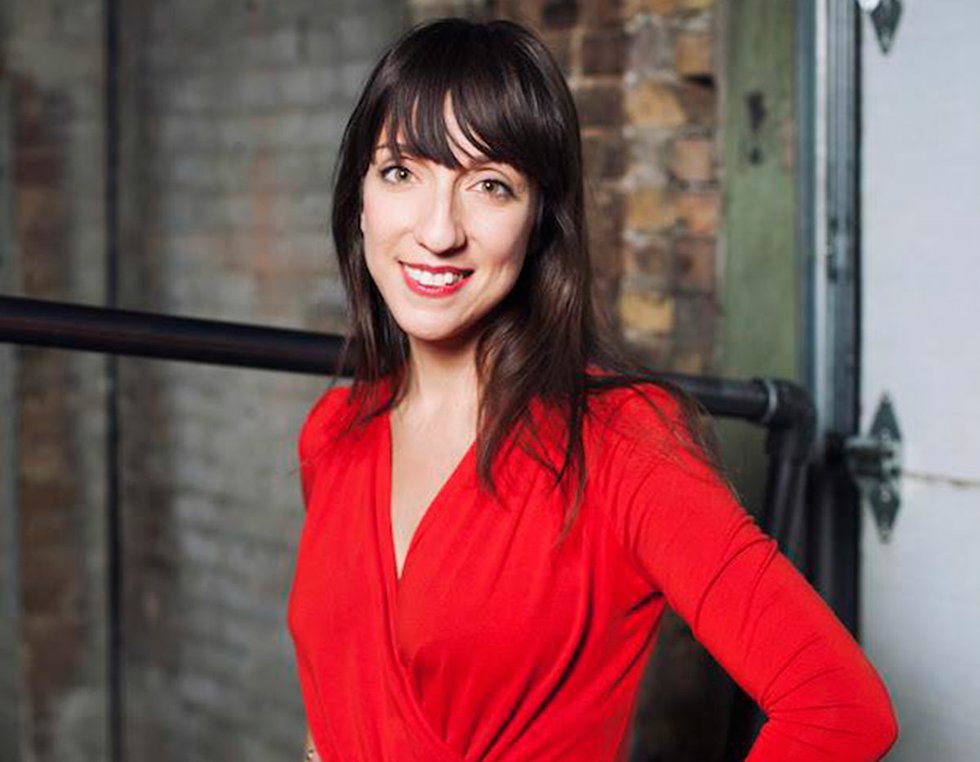 SummerWorks’ Laura Nanni has waived the festival entrance fee for artists this year, which should result in a more diverse program.

The SummerWorks Performance Festival has always been a great launching pad for innovative work. The fact that it’s curated usually results in a fest with a definite point of view and certain level of polish.

This year, artistic director Laura Nanni has decided to waive the $700 entrance fee for artists. That should open the fest up to a wider range of people who have talent but fewer financial resources.

According to a festival insider, that decision will likely affect the number of shows in the festival. But there will be lots of experimental works, including many that fuse technology and live performance. And the Lab series will be beefed up.

One of the more intriguing shows is called 4inXchange, created by Jordan Campbell, Maddie Bautista and Katherine Walker-Jones. A sort of social experiment, the show examines what four audience members would do with $1,000. Invest it? Give it back? Donate somewhere?

Other highlights include a new work by site-specific legends bluemouth inc., a dance piece by Alyssa Martin and Rock Bottom Movement, a new work by ace storyteller Graham Isador and two intriguing collaborations: novelist Brian Francis (Natural Order) and writer/director Rob Kempson (Maggie & Pierre, Mockingbird) are paired up for a show, and so are actor/writer Shira Leuchter (The Tin Drum) and actor Michaela Washburn (VideoCab’s Confederation).

Since they’re not using the Factory Theatre this season, the fest will shift further westward, and the hub will likely be the Theatre Centre.

August 9-19. The full program will be announced in June. summerworks.ca.